While Nasa is still waiting for its first alien customers, Earthlings are taking a strong interest in the system created by a company called Made In Space.  END_OF_DOCUMENT_TOKEN_TO_BE_REPLACED 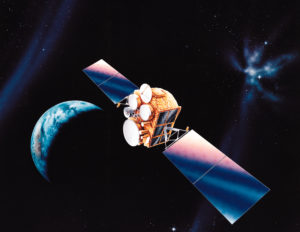 The UK is developing technology to connect robotic submarines to satellites to help them find their way around the world’s oceans.

The UK’s National Oceanography Centre (NOC) is to form part of the new Centres of Excellence in Satellite applications, which is expected to aid economic growth in the Solent region, the waters off the southern coast of the country, near Portsmouth.

As part of this new centre the NOC will develop the technologies to help robot-subs use live satellite data to inform their route through the ocean, not unlike drivers using live traffic updates. END_OF_DOCUMENT_TOKEN_TO_BE_REPLACED