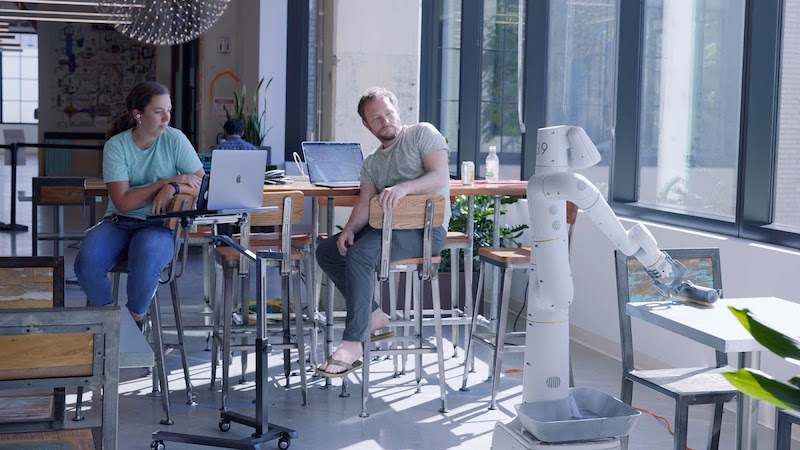 Writing on X’s blog, Hans Peter Brøndmo, chief robot officer, says: “We are now operating a fleet of more than 100 robot prototypes that are autonomously performing a range of useful tasks around our offices. The same robot that sorts trash can now be equipped with a squeegee to wipe tables and use the same gripper that grasps cups can learn to open doors.” END_OF_DOCUMENT_TOKEN_TO_BE_REPLACED