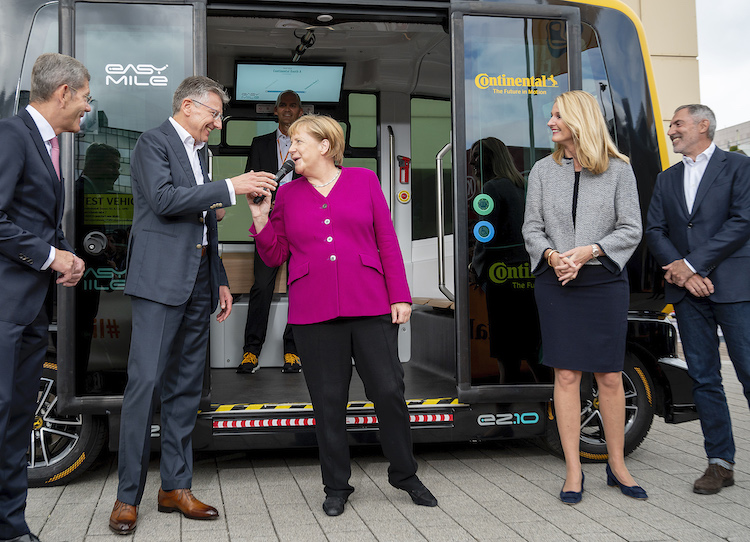 Chancellor was pictured (above) getting off a driverless “Robo-Taxi” – also called the “CUbE” and “EZ10 Shuttle” – which Continental developed in partnership with French company EasyMile, of which Continental has been a shareholder since 2017. END_OF_DOCUMENT_TOKEN_TO_BE_REPLACED