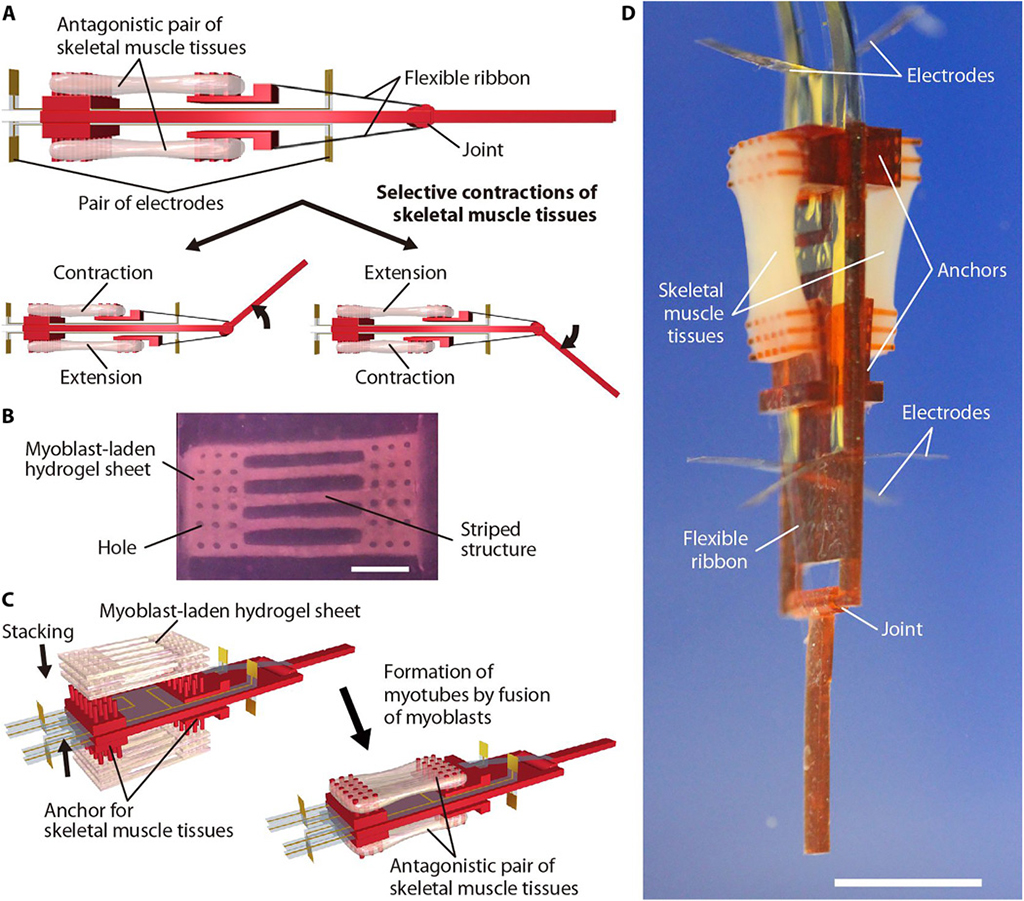 The Cybermen were probably made mostly of metal and plastic or some sort of inorganic material – as in, they were not made of flesh and bone as we know them.

But in the real world today, scientists have found ways to build muscles using organic flesh. These muscles are said to work much like the real thing.

More recent science-fiction TV shows and films have been providing glimpses of how labs could be creating a new generation of cyborgs or androids or whatever you want to call the hellish things.

Westworld and Ghost in the Shell both depicted labs where industrial robotic arms were used to create humanoid robots from what looked like synthetic flesh and bone.

Now, scientists at the University of Tokyo say they have essentially replicated the results and created something they call a “biohybrid robot”, an area of much study in recent years apparently.

At the moment, they seem to have made a very small object, but scaling up would probably be quite straightforward – just need money.

Whether you want to fund the writing of the final chapter of humanity’s existence is another question and only you can answer.

They write: “Rapid progress in biohybrid robots with skeletal muscle tissues formed on a flexible substrate has enabled various types of locomotion powered by muscle tissue.”

They add: “Our robot achieved large actuation (~90° of rotation of a joint) by selective contractions of the skeletal muscle tissues and a long lifetime (~1 week) by balancing tensions of the antagonistic tissues to prevent the spontaneous shrinkage.

“As a demonstration, we showed that our biohybrid robots allowed a pick-and-place manipulation of objects. This research may provide a platform to exceed the limitations of design in conventional biohybrid robots and replicate various lifelike movements.”