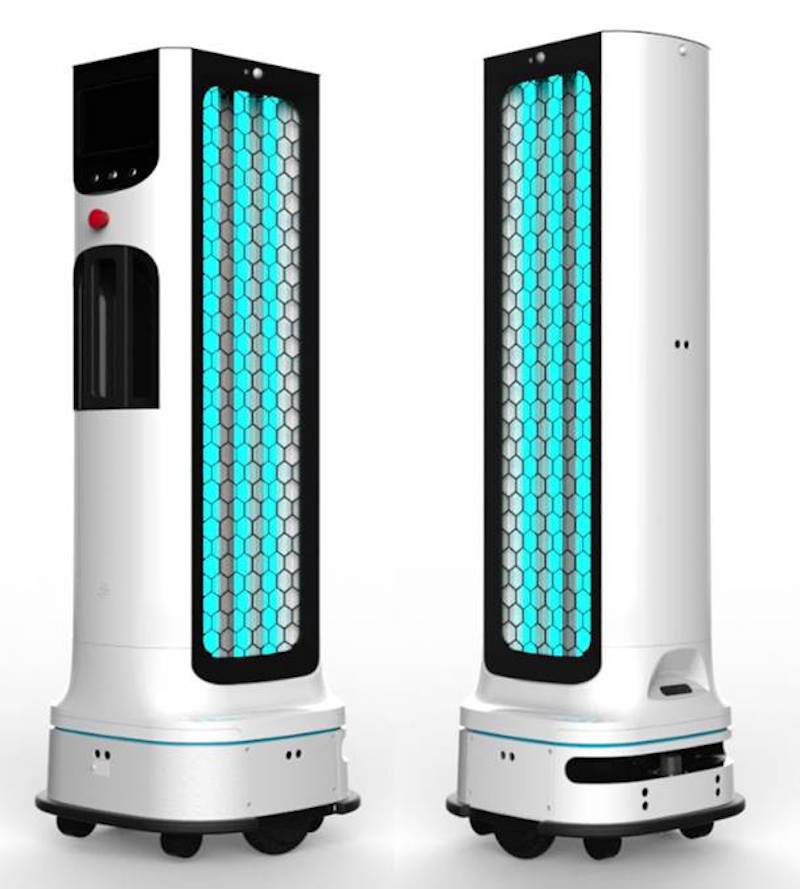 LG has unveiled an autonomous robot with disinfecting ultraviolet light. The company says the newest addition to its CLOi range of robots are aimed at hotels, schools, offices, restaurants and retailers.

LG says it has combined its core competencies in robotics, artificial intelligence and autonomous vehicles with a “deep understanding of customer needs”.

The electronics giant says it is developing an autonomous robot that will use ultraviolet (UV-C) light to disinfect high-touch, high-traffic areas. END_OF_DOCUMENT_TOKEN_TO_BE_REPLACED