HP, one of the world’s largest manufacturers of computer technology, and Deloitte Consulting have partnered to provide a range of products and services intended to help industrial companies to digitise their operations.

The idea of digitalisation is still something many industrial companies are getting used to, and it’s something that has yet to be fully realised.

Many large industrials, such as Siemens and GE Digital, have demonstrated various facets of what digitisation means, but the reality may be that it’s too big and complex to even describe in a short time.  END_OF_DOCUMENT_TOKEN_TO_BE_REPLACED

Americans are optimistic about the future of manufacturing despite saying they wouldn’t want to work in the sector.

The US manufacturing industry suffers from an important image problem that undermines its competitiveness, says a new opinion survey by Deloitte and the National Association of Manufacturers.

Only 50 per cent of Americans think manufacturing jobs are interesting and less than 30 per cent are likely to encourage their children to pursue a career.  END_OF_DOCUMENT_TOKEN_TO_BE_REPLACED

“As we have done with our Creators Wanted video series, manufacturers are taking it upon themselves to tell the story of our industry and the lives we touch. It’s encouraging to see that our story is resonating.”  END_OF_DOCUMENT_TOKEN_TO_BE_REPLACED 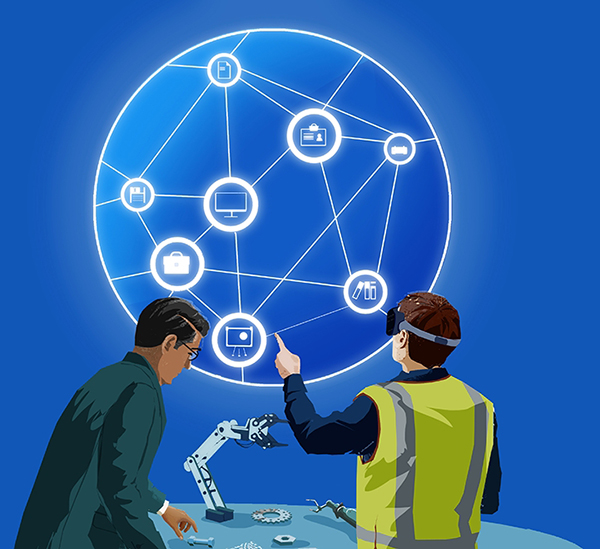 One of the world’s largest business consultancy firms says many of the largest companies we know today will probably be overtaken by new corporate giants within a decade.

In a report into what’s being called the “fourth industrial revolution”, Deloitte says: “About 50 percent of S&P 500 firms will likely be replaced over the next 10 years due to new digital disruptors and inability of established firms to reinvent themselves.”

The consultancy adds: “How companies choose to evolve, explore new avenues for growth, and better engage their customers can make the difference between thriving and extinction.”  END_OF_DOCUMENT_TOKEN_TO_BE_REPLACED

“Instead, we will negotiate fair, bilateral trade deals that bring jobs and industry back onto American shores.”  END_OF_DOCUMENT_TOKEN_TO_BE_REPLACED

Deloitte says “executives expect the US to assume the top position before the end of the decade”.  END_OF_DOCUMENT_TOKEN_TO_BE_REPLACED

One quarter of business services jobs at risk of automation in the next 20 years, according to Deloitte business analysts

More than a quarter of jobs in the business services sector are at high risk of automation in the next 20 years, according to a report by Deloitte, the business advisory firm. This is largely a result of the falling cost of technology combined with the rising cost of labour.