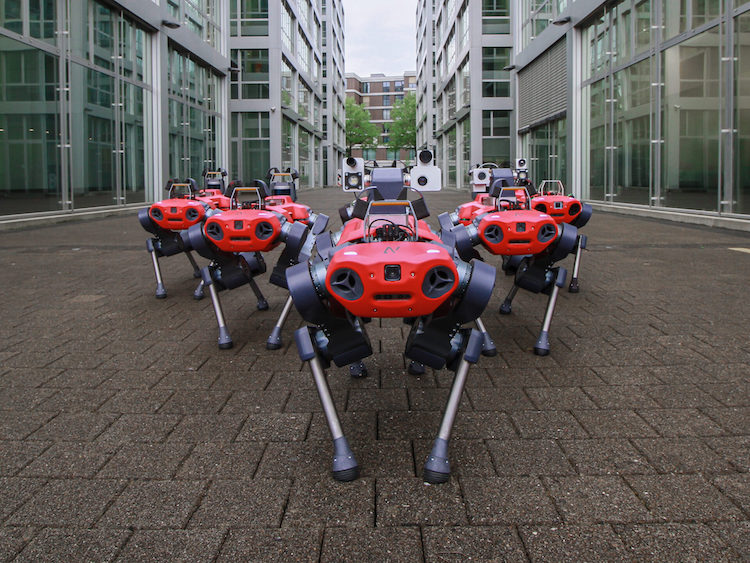 After a long time in stealth and development, startup company AnyBotics has shipped the first production batch of its Anymal C robots, which are four-legged, canine-type walking robots.

Although it doesn’t name its customers specifically, the company says the units have been delivered to “engineering partners and research customers worldwide”.

The company says the deliveries mark a “significant milestone” for AnyBotics as a mobile robot manufacturer as well as an “important step in revolutionizing the industrial inspection and maintenance workflow”.

Since the launch of the new Anymal C robot last year, the AnyBotics team has been focusing on a growing number of partnerships with several key industry vendors and operators.

Main picture: A new batch of the new generation of Anymal C robots straight from the production line.