The AI system is nicknamed “Yui” and is likely to feature in Toyota’s other cars going forward.  END_OF_DOCUMENT_TOKEN_TO_BE_REPLACED

HIT Robot Group, which claims to be China’s leading robotics developer and manufacturer, has launched a configurable and flexible automatic production line for high-precision jade processing.

This company says the intelligent production line exemplifies “a revolutionary transformation in design concept” from centralized control to enhanced decentralized control, which leads to scalable customization, greater flexibility for users, and therefore rapid response to market.

HRG says it has channelled its expertise in intelligent processing management into the new production line to achieve productivity and flexibility.  END_OF_DOCUMENT_TOKEN_TO_BE_REPLACED

Nanotronics has extended a licensing agreement to continue to include Geometric Intelligence products and expertise along with its own artificial intelligence software for manufacturing.

Nanotronics has provided AI tools for factories since 2014, and further developed its artificial intelligence with a view to making “continuous improvements in process control for industry”.

The two companies say they will “strive for provide the greatest convergence of hardware and software solutions on the market” to their semiconductor and materials science customers.  END_OF_DOCUMENT_TOKEN_TO_BE_REPLACED 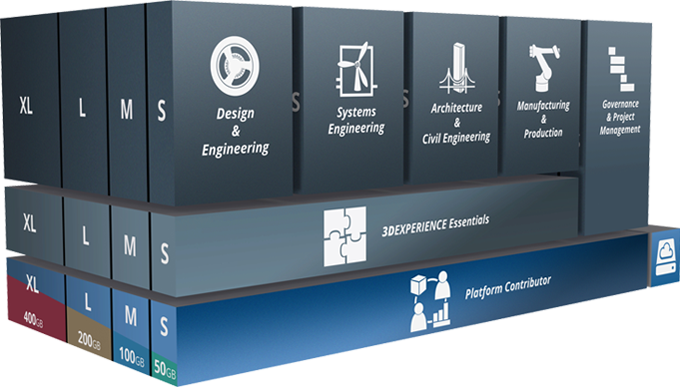 Bob Hillier, managing director of product lifecycle management solutions provider Design Rule discusses the concept of PaaS and the software tools that can help OEMs make the move to this new sales model

Since its introduction, we’ve seen companies from the automotive, aerospace and industrial sectors following suit, making product as a service (PaaS) plans available to their customers.

Offering PaaS involves a complete transformation of the original equipment manufacturer business model. It returns ownership and responsibility to the OEM, which drives the need for more reliable and higher quality products being delivered.  END_OF_DOCUMENT_TOKEN_TO_BE_REPLACED

Today’s command and control rooms may still have some of the basic elements of what we saw on the Enterprise bridge, but they’re a lot more complex and sophisticated, although that’s not for an absolute certainty since we don’t have warp speed to deal with yet.  END_OF_DOCUMENT_TOKEN_TO_BE_REPLACED

Advantech, which claims to be one of the world’s leading suppliers of industrial computers and “intelligent systems”, has joined the LoRa Alliance.

The LoRa Alliance is open, non-profit association which provides a forum for its 400 members to develop standards for internet of things technologies.

Advantech says it will provide the LoRa gateway and sensor node devices based on the M2.com open standard for Industry 4.0 and Smart City applications.  END_OF_DOCUMENT_TOKEN_TO_BE_REPLACED

Considered to be the most important exhibition of its type, last year the special guests were German Chancellor Angela Merkel, and US President Barack Obama.  END_OF_DOCUMENT_TOKEN_TO_BE_REPLACED