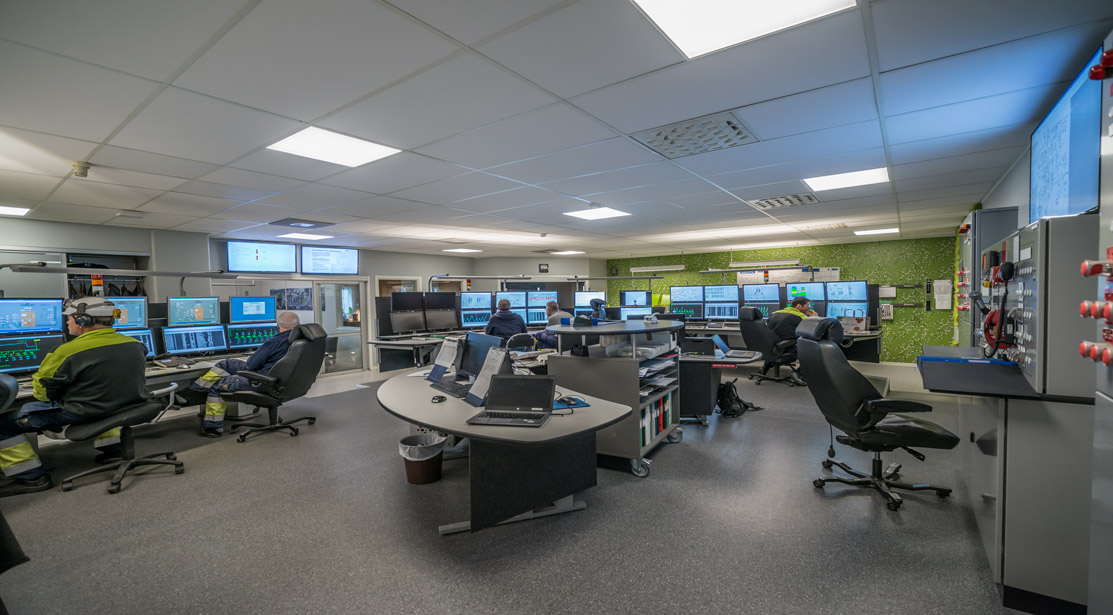 Today’s command and control rooms may still have some of the basic elements of what we saw on the Enterprise bridge, but they’re a lot more complex and sophisticated, although that’s not for an absolute certainty since we don’t have warp speed to deal with yet.

“The design and layout of control rooms is a scientific field in its own right,” according to a company called Glamox, which concerns itself with the lighting of buildings – yes, just the lighting, which is as important now as it was in the 1960s, when the directors of television shows and films like the Star Trek series constantly worried about light levels and directions because of the type of cameras they were using back then.

Another company, Saifor, specialises in actually building command and control rooms as well as connecting them to the information technology network they live on.

The company says it has 30 years’ experience in the design, manufacture and integration of control rooms and the data processing centres connected to them.

Among them was Mitsubishi Electric, which last month delivered an absolutely ginormous screen for which very few companies would have the necessary space inside any of their buildings.

You’d have to have more money than sense to buy one of those for your control room, but who needs sense anyway?

The conference in which Mitsubishi took part with Saifor was held in Poland, this year’s partner country for Hannover Messe, the world’s largest industrial technology exhibition, scheduled for 24-28 April.

Other companies at the conference included Adder, a supplier of networking hardware, and Mauell, another control room provider, specialising in industrial operations.

Mitsubishi probably wanted to sell its giant screen to the other companies, but we haven’t received any news of anyone having had the good sense to buy one.

Anyway, Mitsubishi claims it has already sold almost 80,000 mission-critical video walls for companies in a variety of sectors, including utilities, oil and gas, telecom and security.

The other companies boast of having “vast global experience” in delivering control room technologies to clients in the similar industries to Mitsubishi, including the transport and traffic management sectors.

The companies say the initial workshops provided delegates with a comprehensive overview of contemporary thinking in command and control, covering not just technology but control room design, ergonomics, performance and versatility.

The workshops are designed for system integrators, non-specialist centre managers and end-users, taking them through a basic understanding of the issues and how to address them, before discussing real-world case studies and finally providing the opportunity to get hands-on with the technology themselves.

Alongside products from the companies involved in the conference were examples of technology from their partners – Wacom, Eizo and Man & Machine.

“Our objective in these workshops is to enable non-specialist managers to gain a good understanding of the issues surrounding control room design and management, and how others have addressed them successfully.

“This is the first time that the knowledge of four leading manufacturers has been distilled in a single event.”