Valeo, one of the largest suppliers of automotive technologies, is showcasing its autonomous vehicle advancements at this year‘s CES.

These devices act as the vehicle’s eyes and ears. At CES 2019, Valeo will be unveiling the full scope of its expertise in autonomy and connectivity.

Valeo says innovation is at the heart of its strategy. The company invested €1.9 billion in research and development in 2017, or close to 12 percent of original equipment sales.

Valeo says its innovative technologies offer “clear insights into the shape of mobility to come” and are all conducive to the development of electric, autonomous, connected cars that are widely accessible yet adapted to individual needs.

Three of Valeo’s “major innovations” will be on display at CES:

Valeo has conducted a number of “world-first” autonomous driving trial runs, including 24 hours around the Paris beltway and road trips around Europe and the US.

The company says autonomous driving in dense and complex urban environments is “a major technological challenge that Valeo is tackling head-on”.

The Group took to the streets of Paris for a first trial run in autumn 2018 and, later this year, its autonomous car will operate in the streets of Las Vegas. 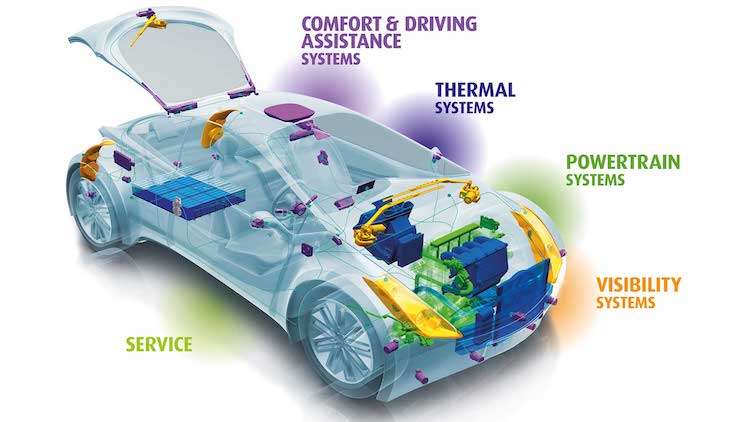 Valeo, one of the world’s largest suppliers of automotive parts, is showcasing its technologies for what it describes as the “autonomous revolution”.

In fact, at this year’s Paris Motor Show, Valeo is demonstrating its latest technological innovations that it says are “at the epicenter of the revolutions that are disrupting mobility as we know it”.  END_OF_DOCUMENT_TOKEN_TO_BE_REPLACED