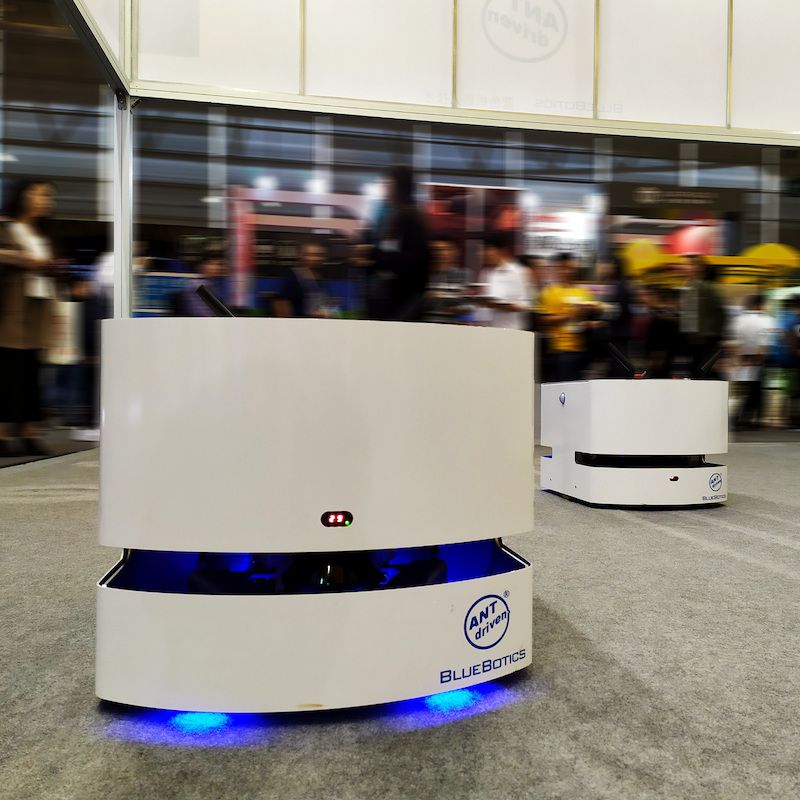 Autonomous navigation systems developer BlueBotics, which was recently acquired by ZAPI, is heading to Modex 2022 to showcase a unique multi-brand fleet demo of vehicles driven by its ANT technology.

This example fleet operation will be the main draw of the company’s show stand. The vehicles will run a small pallet-moving operation, all controlled by one ANT server software project. END_OF_DOCUMENT_TOKEN_TO_BE_REPLACED 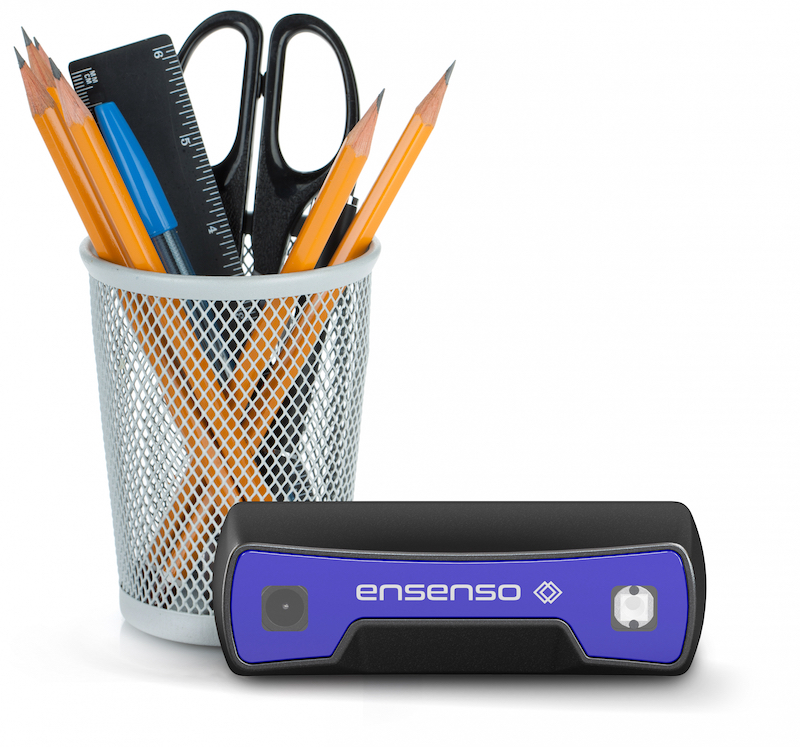 Industrial camera manufacturer IDS Imaging Development Systems has introduced the Ensenso S, saying the new device shows that the use of industrial-grade 3D technology does not have to be expensive.

The new Ensenso S10 has an ultra-compact, IP65/67-protected housing and generates 3D data using laser point triangulation, supported by artificial intelligence. This makes the camera suitable for a wide range of applications – and delivers robust 3D information even in low ambient light. END_OF_DOCUMENT_TOKEN_TO_BE_REPLACED 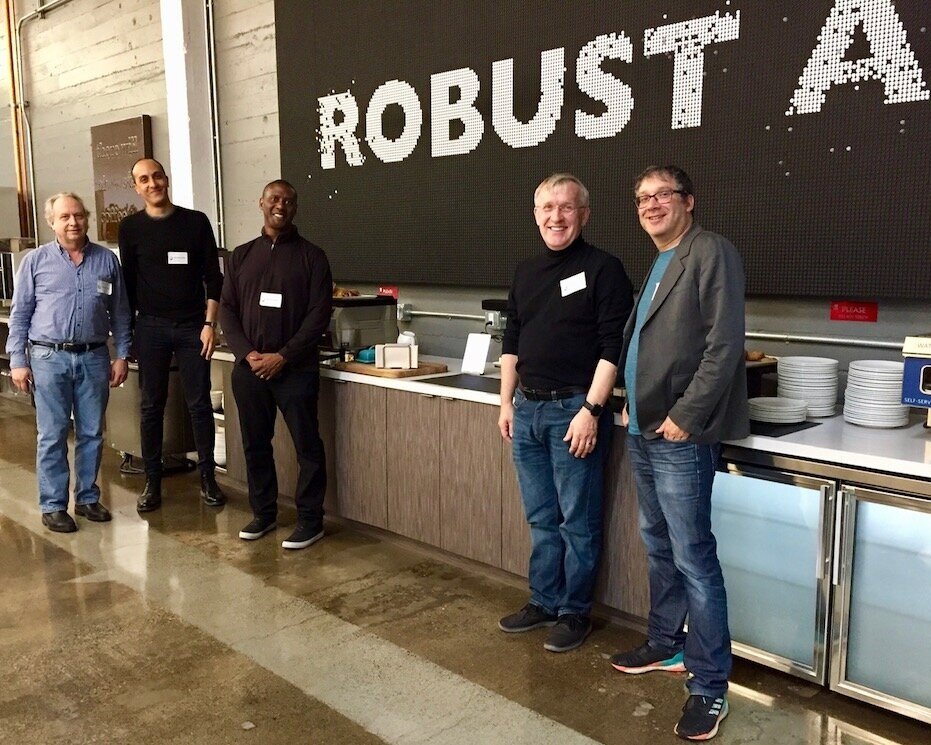 Historically, robots have largely been confined to highly predictable environments; Robust aims to change that by creating a new cognitively-driven AI platform that gives robots the problem-solving capabilities they need to work alongside humans in dynamic, open-ended environments, vastly increasing their potential in complex public spaces. END_OF_DOCUMENT_TOKEN_TO_BE_REPLACED 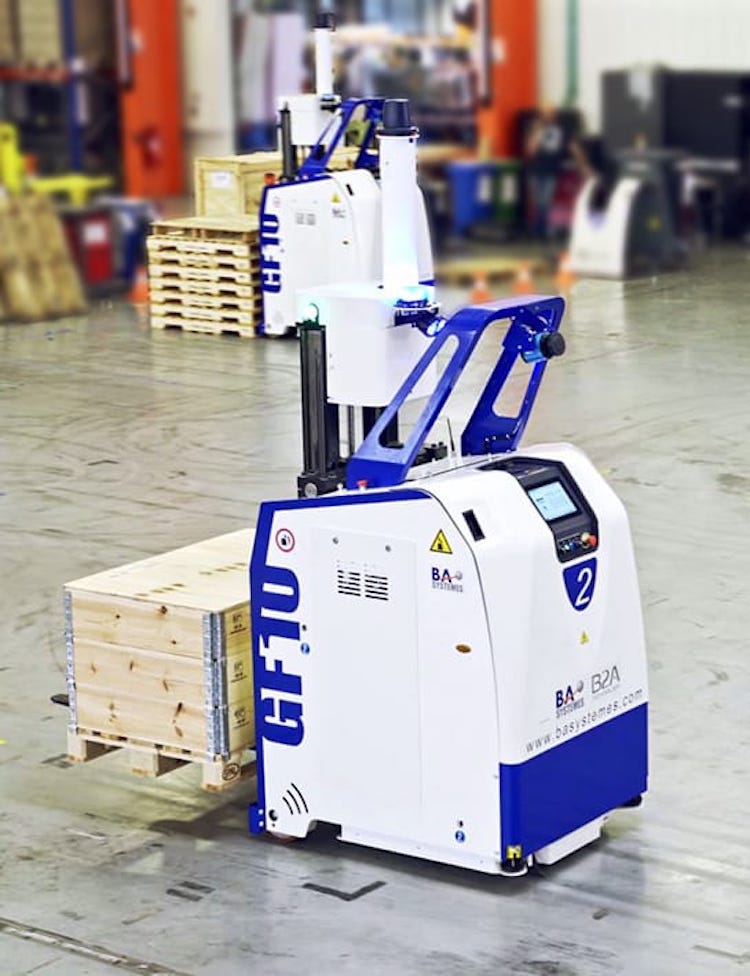 Logistics technology company BA Systemes has unveiled what it describes as a “compact and robust” automated guided vehicle for warehouse operation, mainly to handle pallets. (See video below.)

The company says its GF 10.1 AGV has been designed to be “modular and easily adaptable” to the various specificities of its customers.

BA Systemes says the new AGV can handle all types of pallets, from traditional Euro pallets to GMA pallets with perimeter base. END_OF_DOCUMENT_TOKEN_TO_BE_REPLACED 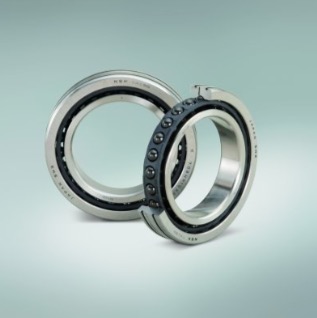 The recent EMO 2017 exhibition in Hanover, Germany provided a platform for NSK to showcase a number of innovations for the machine tool market.

Principal among them was the Robust series of angular contact ball bearings, which features NSK’s new SurSave cages that have been developed specifically to match the application profile of main spindle drives.