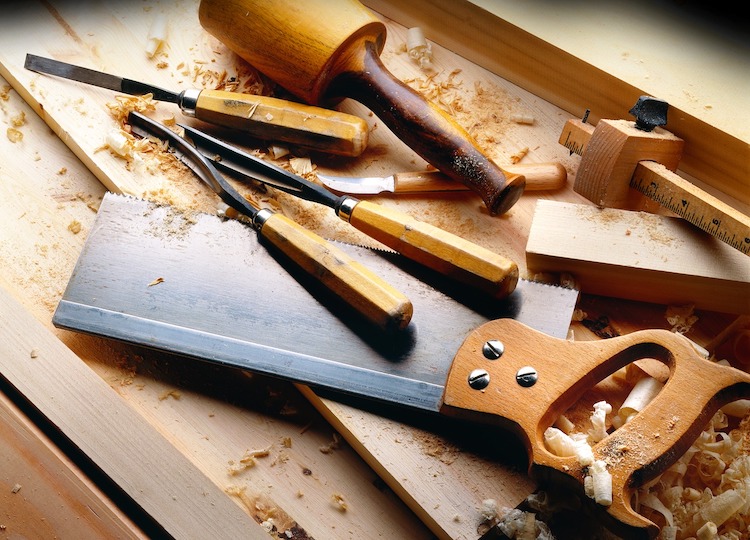 Although technically the opportunity has been available for many years, the level of automation in the furniture-making industry is a relatively low, if you consider robotic and autonomous types of automation as used by Moduform, for example.

Of course, basic automation technology of the type represented by electric saws, routers, drills and so on are widespread – not many people use hand drills nowadays. But if we put those kind of power tools aside in the “electrification” category, with no autonomous functionalities, then we can say there’s not really much automation in furniture-making.

It’s not going to be like that forever, in large part because of the emergence of collaborative robots, which, as readers of this website will know, are robots which are smaller, lighter and specifically designed and certified to be used directly by a human worker.

Traditionally, industrial robotic arms were considered too dangerous to be used directly by human workers and were caged off and controlled through various computing systems, such as programmable logic controllers, by expert roboticists.

Collaborative robotic arms, on the other hand, are said to be easy to learn to use and simple to apply to a production process, and can be more or less like a power tool.

This means that smaller workshops and lone furniture makers can implement robotics and automation to their operations, something they could not have done in the past because larger, heavy-duty industrial robots are extremely expensive.

Robotics and automation in furniture making is not new, but in the past it’s really only been affordable for large-scale businesses with perhaps a global customer base.

These large businesses have been producing furniture in styles that tend to be more fashionable and have, in some parts of the world, all but killed off traditional craftsmanship which has produced traditional furniture for decades if not centuries.

For example, in an article on the South China Morning Post website tells the story of “the last rattan weaver” in Singapore, Chen Foon Kee, who has been hand-making furniture for more than 50 years, having inherited the business from his dad.

Rattan is a type of flexible wooden stem of a palm that grows in abundance in south-east Asia – often used in the wicker method of furniture making. Rattan is light and strong and used to be pervasive in its popularity, with almost everyone in Singapore and beyond having that type of furniture in their house in the past, especially in the 1960s and ’70s, even in Europe and the West in general.

Now, however, people prefer factory-built furniture made of different materials, often engineered materials such as plywood and medium-density fiber.

As a result, most traditional rattan furniture makers have gone out of business, with Chen Foon Kee one of the few remaining.

One could argue that they should have moved with the times and adopted at least some of the technologies that would have made their operations more efficient and productive.

But, as noted above, traditional industrial robots are prohibitively expensive for small businesses, and integrating them requires computing and other expertise that not many in the industry have had time to learn.

Collaborative robots, which can be “programmed” simply by holding them and physically guiding them through a process which it can then repeat, are far easier to implement.

However, the types of tasks it can perform depend on the software and end-effectors – the “hands”, as it were – that are available for it. Both these things are growing fast, with apps and end effectors now available for sanding wood, for example, or turning screws (see video above), or even assembling furniture.

Would these currently available hardware-and-software solutions help revive traditional furniture-making of the type continued by Chen Foon Kee? Who knows really. But surely at least some smaller furniture manufacturers should be able to find some efficiencies and productivity gains – and even improvements to the quality of their work – through implementing more smaller-scale robotics and automation technologies now available to them through the emergence of collaborative robots.

After almost killing craftsmanship in furniture industry, automation could bring it back to life or at least revive it to some extent, but it would still require the smaller-scale furniture makers to learn new, computer-oriented skills relating to advanced technologies, including internet of things networks and computer-aided design systems.

There’s no longer any reason to think that robotics, IoT and artificial intelligence are only for large, global enterprises, as shown in the Homag Group video below.