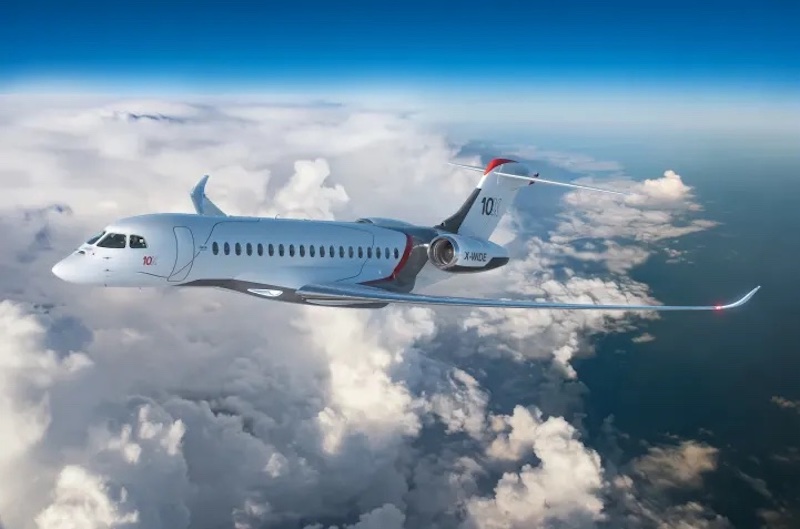 Dassault Aviation has unveiled the all-new Falcon jet that the company says “will deliver a level of comfort, versatility and technology unmatched by any purpose-built business jet”.

Featuring a range of 7,500 nautical miles, the Falcon 10X will fly non-stop from New York to Shanghai, Los Angeles to Sydney, Hong Kong to New York or Paris to Santiago. Top speed will be Mach 0.925.

Eric Trappier, Dassault chairman and CEO, says: “We are introducing a new benchmark in business aviation.

“The Falcon 10X will offer an unrivalled passenger experience over both short- and long-duration flights, along with breakthrough safety features from Dassault’s frontline fighter technology.

“We have optimized every aspect of the aircraft with the passenger in mind and established a new level of capability for ultra-long-range aircraft.” 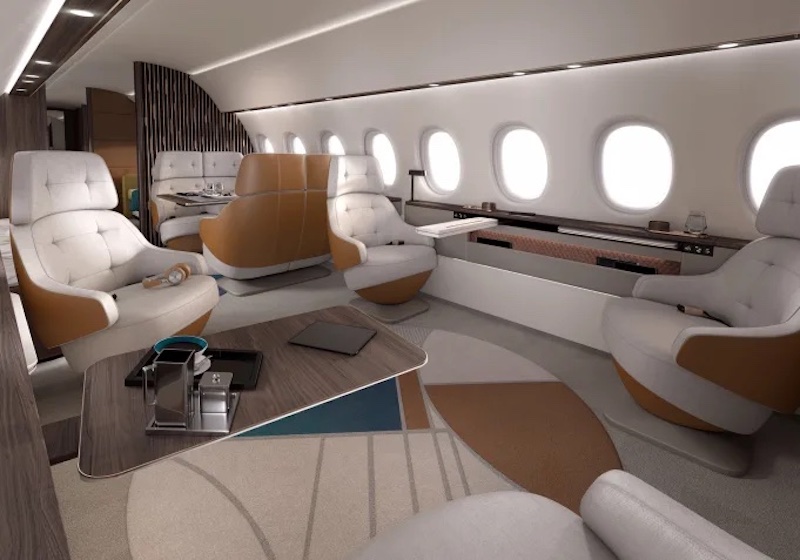 The 10X will have the biggest and most comfortable cabin on the market and offer greater modularity than any other aircraft in its class, with a selection of multiple interior configurations.

The 10X is large enough to accommodate four cabin zones of equal length but owners can configure their cabin to create a truly customized interior, including for example, an expanded dining/conference area, a dedicated entertainment area with a large-screen monitor, a private stateroom with a queen-size bed or an enlarged master suite with a private stand-up shower.

Trappier says: “The 10X will be more than just another big step forward in business aviation. It will be absolutely the best business jet available in the ultra-long-range category, and will remain so for a long time.”

Pressurization will also be the best on the market, with passengers experiencing a 3,000-foot cabin pressure altitude while flying at 41,000 feet. A next-generation filtration system will provide 100-percent pure air.

The aircraft will be at least as quiet as the Falcon 8X, currently the quietest business jet in service, according to Dassault.

The 10X will feature an entirely new fuselage with extra-large windows—nearly 50 percent larger than those on the Falcon 8X. Thirty-eight windows will line the fuselage making for the brightest cabin in business aviation. 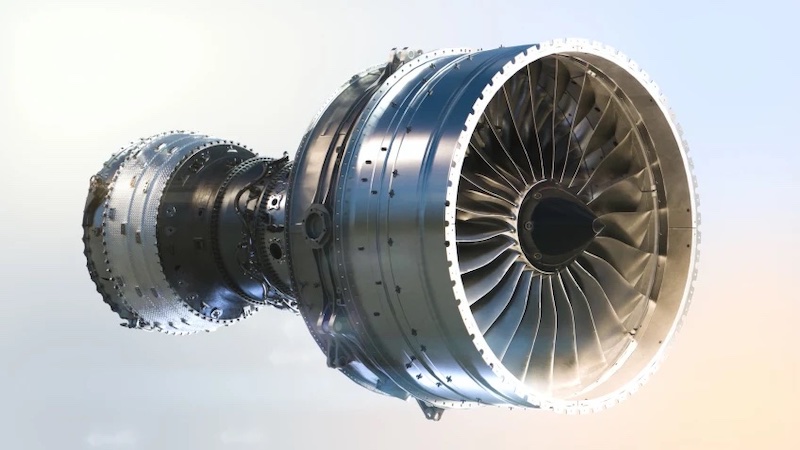 The high-speed wing will be made of carbon fiber composites for maximum strength, reduced weight and minimum drag. Tailored for speed and efficiency, the very-high aspect ratio wing will be equipped with advanced, retractable high-lift devices offering superior maneuverability at low approach speeds.

The twin-engine aircraft will be powered by business aviation’s most advanced and efficient engine, the in-development Rolls Royce Pearl 10X. The 10X is the latest, largest and most powerful version of the Pearl series, delivering more than 18,000 pounds of thrust.

The Falcon 10X’s flight deck will set a new standard in intuitive design, with touch screens throughout the cockpit. A next-generation Digital Flight Control System, derived directly from Dassault’s latest military technology, will provide an unprecedented level of flying precision and protection, including a revolutionary, new single-button recovery mode.

A single smart throttle will serve as the primary power control, connecting both engines to the Digital Flight Control System which will automatically manage the power of each engine as needed in different flight scenarios.

Thanks to Dassault’s breakthrough FalconEye® combined vision system—the first to offer both enhanced and synthetic vision capabilities—combined with dual HUDs able to serve as primary flight displays, the 10X will be capable of operating in essentially zero ceiling/visibility conditions.

“We have set the bar for our new Falcon incredibly high,” said Trappier. “But I can confidently say that we have put this aircraft at the top of the market.”