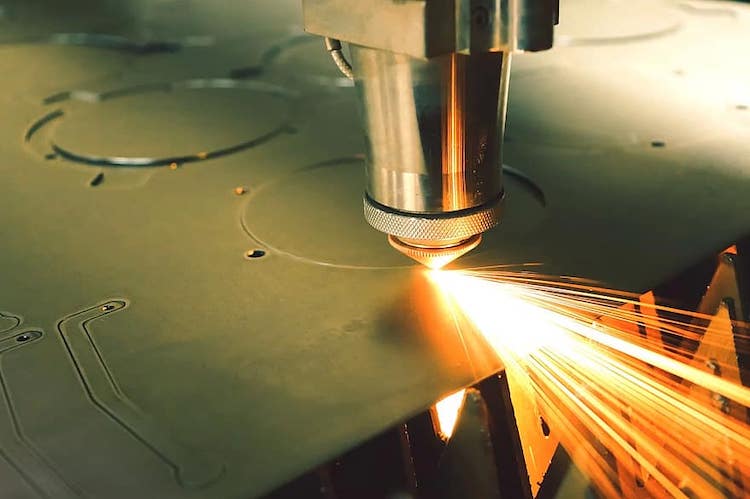 Plasma cutters are very powerful machines that have the ability to cut through metal. Some of them are powerful enough to go through very thick pieces. In fact, they can go through them like a knife through butter.

Plasma cutters are an essential piece of equipment for some welders. In fact, it does the complete opposite of a welding machine. Instead of fusing pieces of metal together, a plasma cutter is used to tear it apart.

During some point of work, it is necessary to cut through some pieces that you don’t need or when you are trying to shape something together.

But like everything in the welding industry, so have plasma cutters evolved. In order to cut through thicker materials, more powerful machines that cut metal have been made. Besides power, automation is a big addition.

Since this is a dangerous process, it is safer for a robot or a machine to do this type of job than an actual human. But what are the advantages and disadvantages of such a machine? 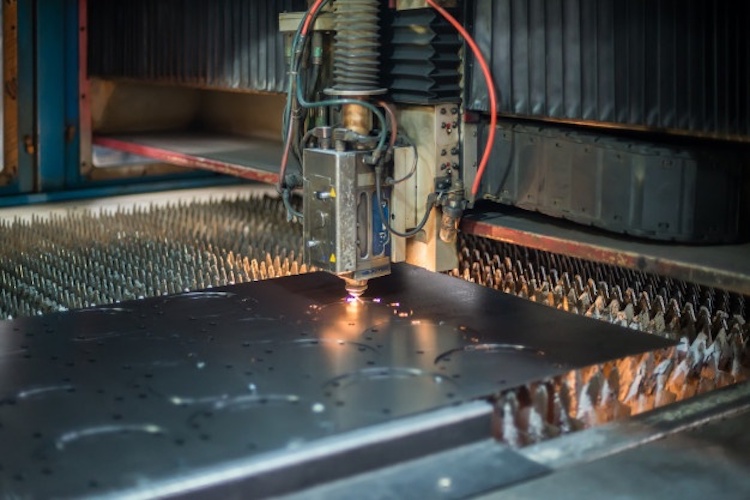 What is Plasma Cutting?

First thing’s first, let’s explain the actual process of plasma cutting. Experts say that plasma is the fourth state of matter, with the first three being solid, liquid, and gas. Therefore, plasma cutting is a melting process that uses a stream of ionized gas blown at a high speed from a torch.

During this process, an electric arc is struck between an electrode or a cathode, and a workpiece also called an anode.

The electrode is then recessed in an air or water-cooled gas nozzle which at this time constricts the arc. At this point, a narrow high velocity, a high-temperature stream of gas will start forming into plasma.

The jet of plasma that the blow torch forms can reach temperatures of around 20,000°C. This is more than enough to cut metal.

Industries use this process to cut various thicknesses of metal. The hotter the stream gets the more powerful a plasma cutter is and the thicker pieces of metal can be cut with it.

But there are major differences when it comes to manual plasma cutting machines and robotic ones.

Probably the most obvious difference between a robotic plasma cutter and a manual one is the power it is able to produce.

Manual plasma cutting machines are usually smaller pieces of equipment that are lightweight that can be easily carried around.

As such, they are not made with the ability to generate as much heat and thus cannot produce so much power.

Robotic plasma cutters are stationary machines that are capable of creating an enormous amount of heat. And because of that, the stream of plasma they create is really hot.

The power of certain robotic machines simply cannot be measured with a manual one.

Generally speaking, robotic machines are used in the construction industry where really thick pieces of metal have to be cut apart.

It would be also really dangerous for a human to stand close to such an enormous amount of heat. Thus manual plasma cutters are more preferable for smaller projects and people usually use them around a workshop for basic types of cutting or for cutting thinner materials.

We already touched upon this aspect in the previous section. Robotic plasma cutters are usually huge, stationary machines. They are not movable and you usually have to bring the pieces of metal that you need to cut to them.

On the other hand, manual plasma cutters are portable as they are lightweight. You can easily carry them with you in the field and cut whatever you might need with them.

Also, they have an advantage as you can easily maneuver with them around some tight spots, which is really hard and in some cases impossible with a robotic plasma cutter.

Precision
This is another aspect where robotic plasma cutting takes the cake. No human is able to cut with a precision a robot can.

Automotive plasma cutters are programmed in advanced and use state of the art software to navigate them. They can cut through metal with insane accuracy.

In some lines of work, precision is very important. Being off by an inch can ruing the end product. So a plasma cutter needs to do its work properly for everything to function well.

This is nearly impossible with a handheld plasma cutter. A human is simply not capable of cutting with such precision as a machine can.

So a manual plasma cutter could work in cases where rough work is good enough.

If you are a hobbyist you are definitely going to go for a smaller, handled plasma cutter. A really good one is sold for around $5,000 a piece.

A good welder that does their work from a garage or simply likes engaging in DIY projects can afford this type of a metal cutting machine.

But a robotic plasma cutter is really expensive. They can go as high as $40,000 per unit. You can already tell that a robotic one is only useful for a big company that requires automaton.

However, sometimes medium companies are not able to afford an expensive plasma cutter so they are forced to stick with the manual ones.

So what can we conclude in the end?

Basically speaking, a manual plasma cutter is a good choice if you plan to do some simpler work with it. It is powerful enough to cut some thinner or mid-level thicknesses.

You can do any type of project with it in your garage and fix things around the house with it. Also, it is great for fieldwork.

But as far as robotic plasma cutters go, they are meant for more serious work. Industries that really do need precision and power will spare no expenses in buying one of these.

The final choice will remain between power and accuracy versus affordable price and flexibility. You can only choose one of the two.