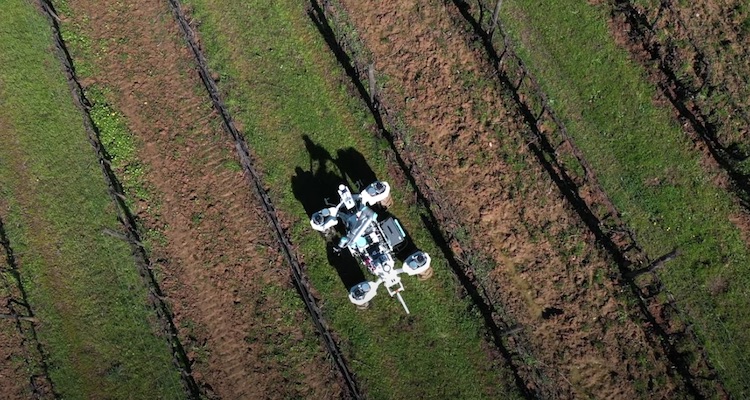 Total investment in agricultural robot startups has increased significantly as farmers look to offset labor shortages partly caused by the coronavirus pandemic, according to a report on the Financial Times website.

Citing data collated by DealRoom.co, the news website says investment in vertical and indoor farming startups has grown by more than 40 percent this year compared with last year.

Indoor farming is basically the process of growing inside large buildings, some of which are like greenhouses and use natural light coming through transparent roofs, while others use artificial lights if their roofs are opaque.

Vertical farms tend to use more artificial lights because their plants are stacked on shelves, the vast majority of which cannot access sunlight anyway because of the shelf directly above them.

Both indoor farming and vertical farming using new methods such as hydroponic systems, which means they use mostly water to grow their plants rather than soil.

Most indoor and vertical farms claim they use far fewer natural resources – such as water – than traditional farming methods out in the fields.

Most of these types of indoor and vertical farms are startups which are still largely at the fundraising stage, and no one really knows if they can be viable businesses in the long term.

The cost of the infrastructure and construction is one thing, and the running cost of so many lights and other electrically-powered systems such as robotic harvesting and material handling and so on may be too high for low-priced, everyday fresh produce.

Therefore, many of these types of farming companies concentrate on high-value products such as fancy herbs, but there are some which grow lettuce and other relatively low-priced fresh produce.

The reason why vertical and indoor farming is particularly attractive to investors and farmers alike that their level of automation means that human labour is kept to a minimum.

Outdoor, traditional farms have had severe problems for many years attracting and retaining human workers, many of whom are immigrants who are willing to do that kind of physically demanding work for lower wages.

Now that coronavirus has reduced the flow of workers even further, the farmers are looking at robotic systems to do what they can’t find humans to do.

Robotic harvesting systems – such as vehicles that pick strawberries, apples and other fruit, as well as phenotyping systems which monitor weeds, insects and quality of crop – are increasingly attracting big investments, with even the government backing some projects.

One Norwegian farm robot maker, Saga Robotics, which offers a system which transports produce from the fields to vehicles and other locations, as well as kills weeds with ultraviolet light, says business has been good lately.

As quoted by the FT, Pål Johan From, chief executive of Saga Robotics, says: “We have seen an enormous increase in interest and orders.”

Meanwhile, articles on Robotics and Automation News about sectors such as vertical farming and agricultural automation companies, have been among the most widely read articles we have ever published.