IACS enables staff on shore to log and control the vessel remotely. The vast majority of problems on board can be solved using remote access and this function further reduces time to repair as well as service and travel costs, says Høglund.

The functions of Høglund’s IACS include: 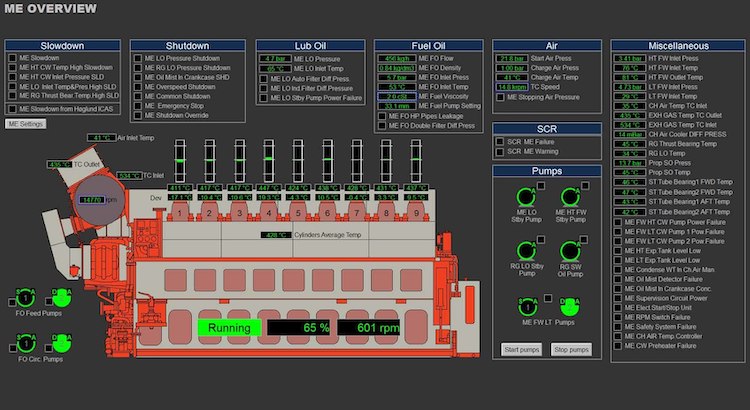 In the instance of Jiangnan Shipyards Group, the IACS Høglund will be directly responsible for the IACS and will monitor ship performance, the control systems for cargo handling and fuel gas supply.

Autonomous vessels are potentially many years away, partly because the International Maritime Orgnization – which sets regulations for all vessels – has not yet finalized any rules for large, autonomous cargo-carrying ships.

Ship owners and operators are also not in a hurry because, at the moment, some extremely large vessels can carry hundreds of millions of dollars worth of cargo with only a dozen human crew, which is negligible in terms of costs.

Moreover, even if IMO regulations allowed the global operation of autonomous vessels, some experts say that the technology is not yet ready to enable vessels to navigate crowded shipping lanes and ports.

As quoted by the Wall Street Journal, Rudy Negenborn, a professor at TU Delft who researches and designs systems for autonomous shipping, says: “Technically, it’s not possible yet to make an autonomous ship that operates safely and efficiently in crowded areas and in port areas.”

However, that is the present situation and not necessarily the way it will always be, mainly because when you consider smaller ships, the cost savings of crewless operation are significant.

Whatever happens in the future, many companies are currently developing autonomous ship technology, and the Mayflower Autonomous Ship Project is one example which perhaps suggests that, eventually, there will be many pilotless ships at sea.

The Mayflower project is an effort to develop an autonomous ship that can cross the Atlantic. The first voyage is scheduled for September, although the coronavirus pandemic may have a say in that.

The companies involved in the project include IBM, and Silicon Sensing. Ostensibly, the Mayflower project’s main purpose is to help figure out ways to clean up the oceans of microplastics, which has become a massive ecological problem.

But the vessel can also provide data that could enable autonomous shipbuilders for commercial shipping to build safer and more capable vessels.