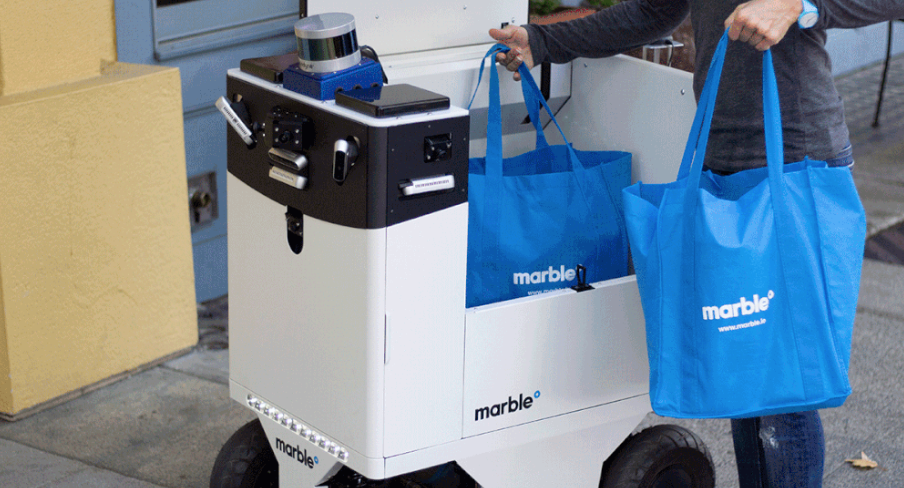 Caterpillar, the manufacturer of large-scale equipment for sectors such as construction, mining and transportation, has agreed to acquire Marble, a startup company that makes delivery robots.

According to a report on construction news website KHL.com, Caterpillar is looking to build on its work in autonomous mining vehicles, where it’s famous for using gigantic driverless dump trucks (see infographic below).

Innovations and developments gained through the Marble acquisition could help Caterpillar to supply a new generation of technology to its other markets.

Caterpillar is said by KHL to be the world’s largest supplier of construction equipment, with 16 per cent of total market share.

The company’s overall 2019 sales and revenues amounted to $53.8 billion. 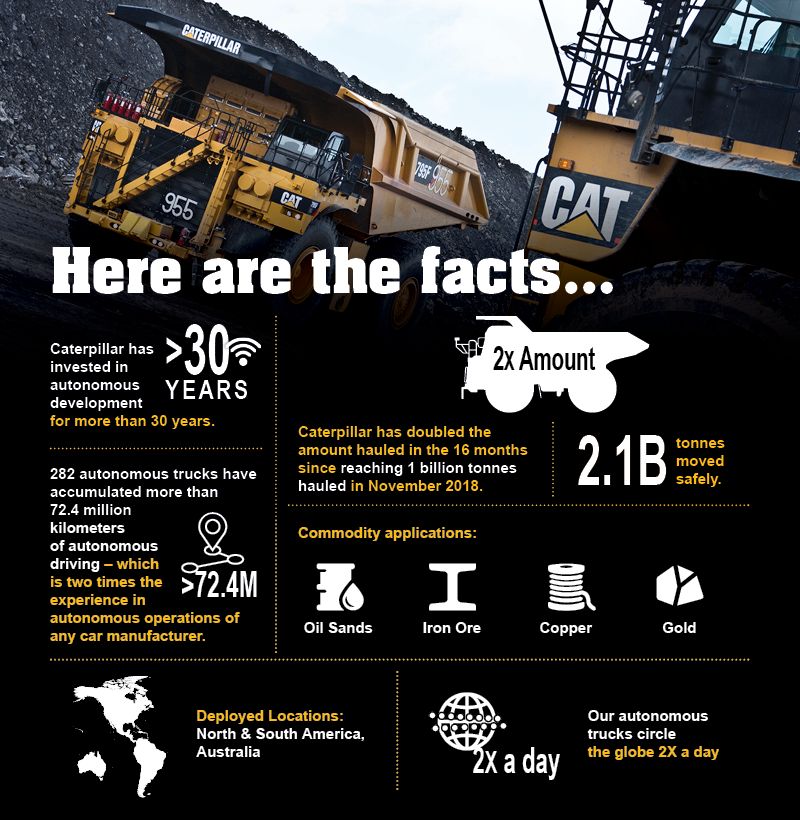 However, it’s not clear whether Caterpillar is interested in delivering small items to people’s homes and business locations, as Marble’s delivery robot is designed to do, nor indeed if Marble will continue to build delivery robots.

“In many ways, this completes a full circle for me. I had the privilege of working with Caterpillar early in my career at Carnegie Mellon, where they sponsored the development of the first generation of self-driving vehicle software.

“Now, with the acquisition of the Marble team, together we will drive the next generation of autonomy solutions for Caterpillar customers in the construction, quarry, industrial and waste industries.”

Marble is listed as one of the top 20 autonomous delivery robot companies by Robotics and Automation News.

Karl Weiss, Caterpillar chief technology officer, says the company is “continuing to invest in the areas of automation, remote control and autonomy”. 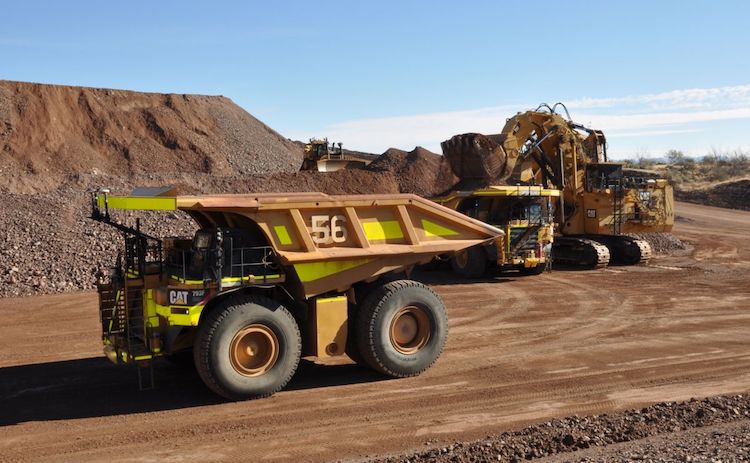 Most mines sites are their own ecosystems. Located in remote, rugged locations, they have to run 24 hours a day, 7 days a week to meet world demand.

To them, autonomy is not a trendy technology. It’s about safety, considering every movement, reducing waste and making their work more repeatable, much like a factory.

That’s where Caterpillar has been something of a pioneer.

With the world’s largest autonomous fleet of haul trucks, Caterpillar equipment has led the industry in mining automation.

Moreover, the company says it recently hit “another significant milestone in autonomous haulage”, by launching Cat MineStar Command for hauling.

“We’re launching Command on more sites and implementing it more quickly, so more of our customers can experience the safety and productivity gains that autonomous hauling delivers.”

Caterpillar says the secret to its success has been input from its customers, listening to and partnering with its customers. With their input, Caterpillar can identify features, functionality and even the autonomous truck models needed for their operations.

McGinnis says: “Command for hauling has proven its value to mining customers.

“That value is reflected in the rate at which the Cat autonomous fleet achieved this milestone. The fleet is growing quickly, and production continues to climb as mining companies benefit from greater truck productivity, increased truck utilization, consistent truck operation and reduced costs.”

The Cat 794 AC electric-drive autonomous truck will be ready for autonomous haulage later this year. Command equipped trucks have driven over 72.4 million kilometers without a lost-time injury.

MineStar Solutions has also continued to grow its expertise in autonomous operations – not only in hauling but also with autonomous dozers, drills and underground loaders.

John Deselem, global autonomy operations manager, says: “The skills and knowledge of our MineStar team are unmatched in the industry.

“Beyond getting better at implementing the system, we’ve become trusted advisors for mine sites looking to take advantage of what autonomy makes possible. We listen to their needs, then work together to build the ideal solution for their mine.”

McGinnis says: “To date, Caterpillar has 282 autonomous trucks in operation – and counting. The push toward autonomous mining is exciting and a journey we are proud to be a part of.”