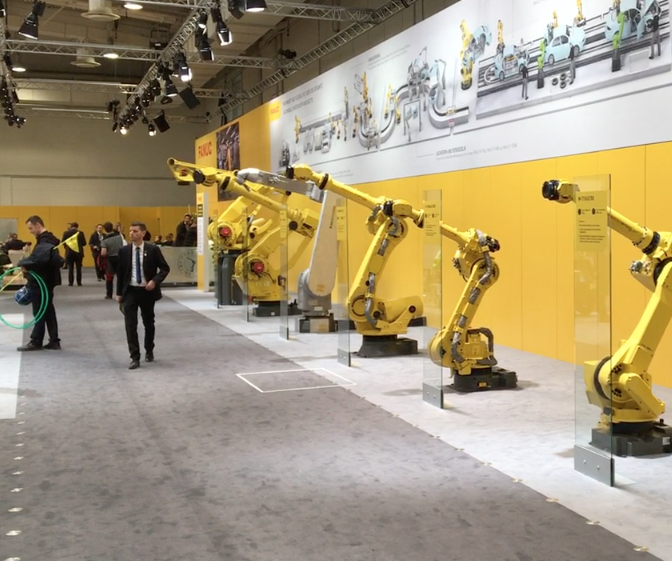 The world’s largest industrial robot manufacturer could build a facility in space.

In a wide-ranging interview with RoboticsAndAutomationNews.com, recorded at Hannover Messe, Neil Dueweke – who was competing to be heard over a loud musical band in the background – says the company has big ambitions. (See video below.)

“Anywhere there’s robotics involved, Fanuc will be there,” says Dueweke. “Space robotics? Why not?”

As far-fetched as it might sound, there are many projects involving robots in space – that’s in addition to the robotic rovers which are already widely known.

In one project, the European Space Agency is building a robot holiday resort on the Moon.

And Nasa has a large number of projects involving robots in space, and has even installed an outer space additive manufacturing facility which targets the alien market.

But even on Earth, Fanuc is working with new companies which are completely transforming the industrial landscape in the way they build things.

As Dueweke explains in the interview (video above), one electric car company has totally moved away from spot welding – which is a fundamental technology for the mainstream automotive manufacturing sector.

Dueweke also says robotics and automation technology levels the playing field between different countries, and the current US administration’s policy to bring manufacturing jobs back to the country must be supported through funding and investments from both the private and public sectors.