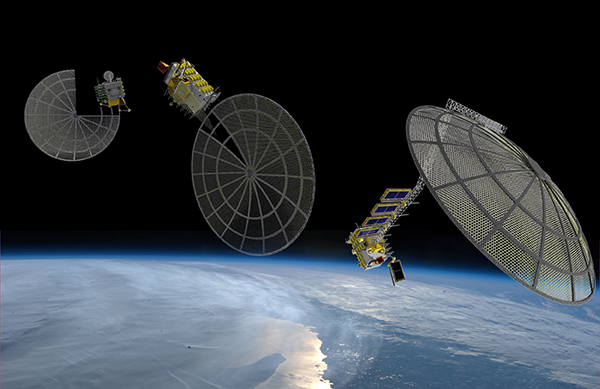 While Nasa is still waiting for its first alien customers, Earthlings are taking a strong interest in the system created by a company called Made In Space.

Nasa has in the past talked about 3D printing entire spacecraft and other structures while out in space, and so have other space agencies, such as ESA, which wants to build holiday resorts on the Moon and space cities on Mars and space colonies that just remain floating, out in space.

Nasa is funding a multi-billion-dollar, long-term project called Archinaut, intended to develop additive manufacturing and 3D printing in outer space, and Made In Space is one of the companies involved.

Andrew Rush, president of Made In Space, says: “Archinaut is being designed from the ground up to be a truly cross-cutting technology, providing entirely new space capabilities for Nasa and other government missions as well as both pre-existing commercial satellite manufacturers and emerging commercial space platforms.”

Meanwhile, back on Earth, additive manufacturing has been much-heralded as the more convenient and efficient answer to a lot of important manufacturing questions on the minds of those who live and grow old on Earth, such as, “Can you 3D print some false teeth for my dad?”

3D printers are changing large swathes of the manufacturing industry, even though the machines are still considered at the early stages of their evolution, with early adopters looking at paying $1 million for an advanced model.

Stratasys, which manufactures 3D printers, says the technology is set to have an “imminent impact” on the way things are made.

Stratasys conducted a survey into additive manufacturing, questioning some 700 designers, engineers and executives in relevant industries.

The survey found that three-quarters of businesses expect to increase their investment in additive manufacturing, or 3D printing. And additive metal use is expected to double over the next couple of years.

“For those of us working in, around and with 3D printing, it’s an incredibly exciting time,” says Joe Allison, CEO of Stratasys, in the foreword to the report.

The company this week hosted a visit at its Stone, Staffordshire Site from the Member of the European Parliament for West Midlands, Anthea McIntyre, and chief executive officer of the Manufacturing Technologies Association, James Selka.

Renishaw says this is the UK’s first Solutions Centre, and is set to open in July. The Solutions Centres offer companies that want to test the capabilities of metal additive manufacturing and 3D printing access to Renishaw’s AM machines, expertise and equipment.

Renishaw has a global network of such Solutions Centres.

Currently serving as the employment spokesperson in the European Parliament, MEP McIntyre met some of Renishaw’s employees at the Stone site.

Reflecting on her visit to Renishaw Stone, McIntyre says: “As a major British exporter, Renishaw is doing incredible things for the employment landscape in the West Midlands. The company’s apprenticeship and employee training schemes are excellent examples of what UK manufacturers should do to help bridge the skills gap and equip employees with the right skills for the future.”

MTA boss Selka says: “As the UK’s only manufacturer of metal additive manufacturing machines, Renishaw is working with OEMs [original equipment manufacturers] and industry to help lower the entry barriers to the technology.

“It’s great to see a British company pushing the boundaries of such an innovative technology that has the potential to change manufacturing as we know it.”