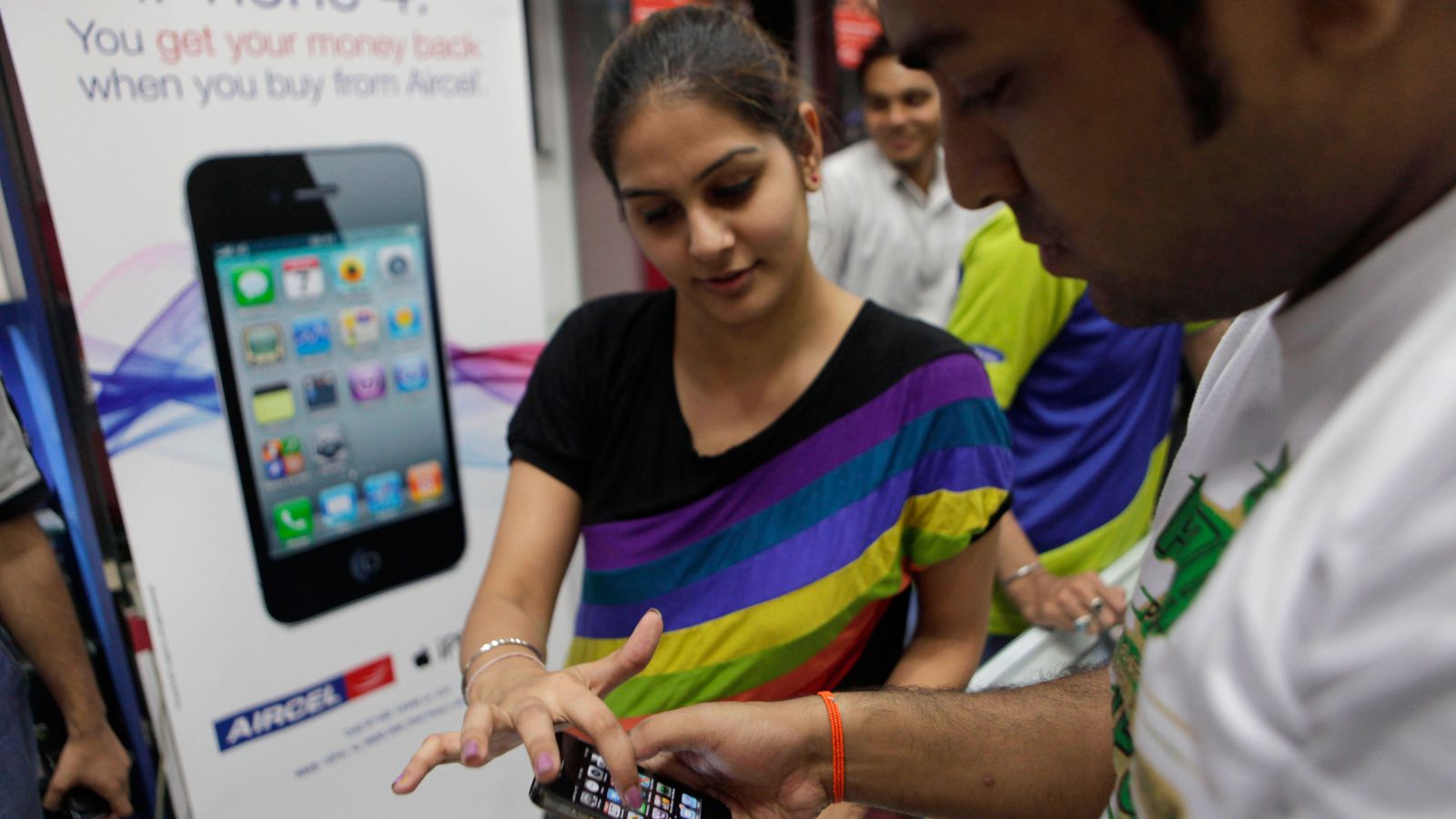 One example of the country’s technological ambition is the KEF Industrial Park, which is shown in the video above. As one observer put it: “It is a mind-blowing set-up and only believable if you see it. They make everything at the factory. Even the bathrooms and rooms, and then transport it by road to the site. The interiors and wirings are done at the site.

“The factory is currently using robotics at a smaller scale but are going to soon install a new set-up where robots and workers will share the space.”

The company is said to have the largest offsite integrated manufacturing facility in the world, based in Krishnagiri, Tamil Nadu.

This level of automation in offsite construction is new to India, and the building information modelling systems are said to be transforming the country’s infrastructure.

A new orchard for Apple

Apple is discussing the possibility of manufacturing its products in India, according to a report in the Wall Street Journal.

The company, which makes iPhones, iPads and iMacs, among other things, has been in talks with the Indian government about the matter for some months.

The leverage the Indian authorities have is Apple’s request to open retail shops in the country of more than 1 billion people.

Apple currently has less than 5 per cent of the Indian smartphone market, says WSJ, which quotes an official as saying: “Apple wants to emulate its China model in India. The company wants financial incentives, which the concerned government departments are looking into.”

Manufacturing rules for outside investors into India require that the companies source at least 30 per cent of their goods from local suppliers, which may be the area in which Apple would like some concessions since its components are made entirely made outside India.

The Taiwan-headquartered Hon Hai Precision, better known as Foxconn, is Apple’s main manufacturing company, and most of the company’s products are made in China.

Both companies are looking at the possibility of doing a deal which would see Apple products being made and sold in India.

One of the reasons Apple is looking to expand into India is that its revenues declined in the quarter ending September – the first time income has gone down in 15 years.

If Apple could grow its market in India, where its revenues have been growing, it could be back on the growth track. “We still believe we’re just kind of scratching the surface there,” says Tim Cook, CEO of Apple.

India has developed something of a global reputation in computing, with some very large, internationally recognised companies, such as Infosys, HCL Technologies, Cognizant, and Wipro, to name a few.

Wipro recently won a three-year digital infrastructure contract with Woodside, an Australian oil and gas company. This is just one example of India’s already large and still growing presence in the world of information technology.

Manoj Nagpaul, Wipro’s chief sales and operations officer for Asia-Pacific and Japan, says: “We have been in Australia for almost 15 years now and are a trusted provider to leading Australian companies in their pursuit of agility, efficiency and digitisation.

“This win is a realisation of our strategy of investing in major resource basins globally with a view to be closer to our clients and combining it with our extensive oil and gas experience, strong IT infrastructure services and digital transformation capability and leadership position in Australian market.”

In September this year, foreign direct investment into the electronics manufacturing sector in India reached an all-time high of more than $18 billion.

The government’s outlandish plan forecasts the country’s manufacturing sector as a whole to grow to $1 trillion by 2025.

Currently, India is the six-largest manufacturing nation in the world, according to the United Nations Industrial Development Organization.

There are many foreign companies manufacturing goods in India, including General Electric, Siemens and Boeing.

An interesting and thorough article on the subject, published on the India Brand Equity Foundation website shows, a list of manufacturing developments in the country.

Among the more noteworthy perhaps, given Apple is a smartphone and electronics manufacturer, includes the story about Huawei.

Huawei is a China-based smartphone manufacturer which has entered into an agreement with Flextronics Technologies, to manufacture its smartphones in India.

Flextronics would start by making 3 million smart phones at its facility in Chennai and is expected to generate additional 1,500 jobs.

Another one on the list is Zopo Mobile, a China-based smartphone manufacturer, which plans to invest $15 million into setting up a manufacturing plant in India by the end of 2016. The facility will have a monthly production capacity of 100,000 units.

As mentioned above in this article, Boeing has a manufacturing presence in India. The company has signed a deal with Tata Advanced Systems to set up a new facility in Hyderabad to manufacture Boeing AH-64 Apache helicopter fuselages.

Beoing’s rival Airbus, too, is going to the Indian market for procurement. Airbus bought more than $500 million worth of supplies from India in 2015, which is a growth of 15 per cent annually. Airbus has targeted a cumulative procurement of more than $2 billion over a period of five years up to 2020, according to the IBEF article.

Automaker Mercedes-Benz also has significant interests in India, after reaching a deal with Force Motors for the supply of engines and axles from its $15 million factory in Pune.

Economic analysts predict that India will move up the list of global manufacturers by next year, after having made a concerted effort to grow its manufacturing base since it turned up at the Hannover Messe in 2015 with a large delegation.

The government says it has a plan to improve infrastructure in the country, upgrading sectors such as power, oil and gas, and automobile manufacturing.

But perhaps the immediate potential for growth is in the electronics sector, which has been growing steadily over the past few years, as can be seen from the graph below. This is the sector which is thought to be the most quickly adaptable to robotics and automation technology, which usually results in higher levels of productivity and quality.