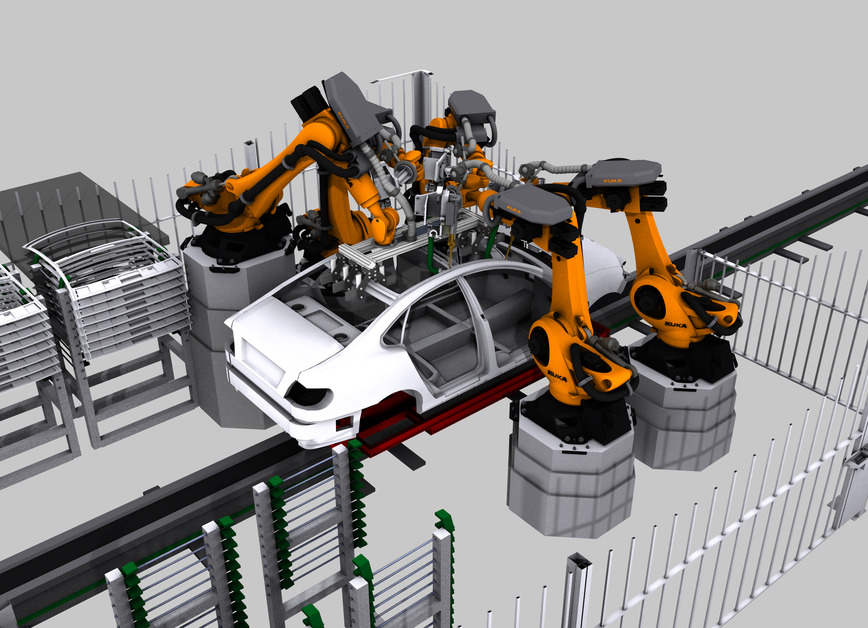 Kuka says the acquisition “defines the next level in intelligent automation”.

Visual Components’ simulation software will be added to the Kuka product portfolio and is an important element in designing the “factory of the future”, says Kuka, which itself was acquired by Midea last year.

The software from Visual Components is currently used worldwide for planning and decision-making processes, and contains many virtual models of industrial robots from different manufacturers.

Finland-based Visual Components is said by Kuka to offer “easy-to-use products and open architecture”, which “set standards in the visualization and simulation of complete production processes”.

Dr Till Reuter, CEO of Kuka, says: “3D simulation is an important element in the design of the factory of the future. Visual Components offers innovative solutions in this field.”

Kuka says the Visual Components simulation tool is an important milestone with “great potential” for solutions in Kuka’s simulation ecosystem.

The company says simulation is one of the “key elements” for technological innovations such as artificial intelligence, virtual and augmented reality, cloud technology and the internet of things.

“We have found a strong and reliable partner for continued international growth.”