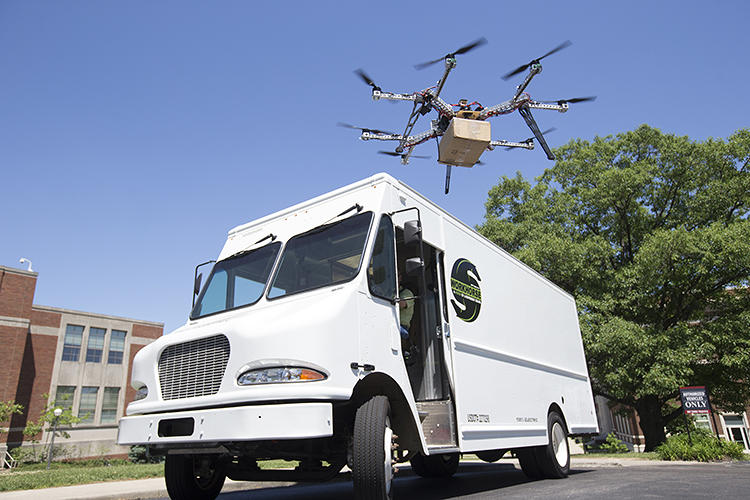 The state of Michigan has announced that three companies will receive $260,000 in total funding through the Michigan Mobility Funding Platform (MMFP) to test and deploy mobility projects across the state.

Lt Governor Garlin Gilchrist II says: “Shaping the next generation of mobility solutions means developing more than just automobiles. It means future-proofing our roads and bridges, as well as ensuring that our alternate and last-mile mobility solutions can support the areas where we live, work, visit and play. END_OF_DOCUMENT_TOKEN_TO_BE_REPLACED 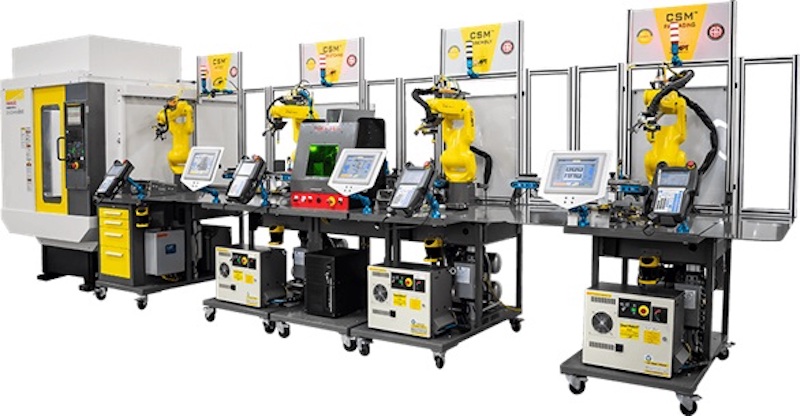 The National Institute of Standards and Technology (NIST) is sending $1 million in federal funding to Plymouth State University (PSU) to aid in the construction of a new robotics laboratory to be located on the fourth floor of the Draper & Maynard Building at the Plymouth campus.

In fall 2021, PSU became the first New Hampshire institution to offer a Bachelor of Science in Robotics degree program.

PSU President Donald L. Birx, PhD says the university plans to use the funds to develop the next generation robotics workforce and machine-learning manufacturers with a new, state-of-the-art robotics lab. END_OF_DOCUMENT_TOKEN_TO_BE_REPLACED 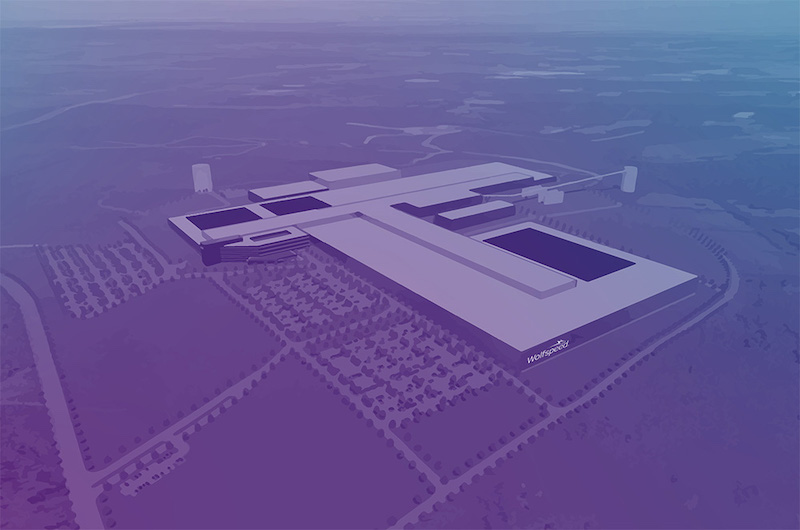 The investment is targeted to generate a more than 10 fold increase from Wolfspeed’s current Silicon Carbide production capacity on its Durham campus, supporting the company’s long-term growth strategy, accelerating the adoption of Silicon Carbide semiconductors across a wide array of end-markets and unlocking a new era of energy efficiency.

Gregg Lowe, president and CEO of Wolfspeed, says: “Wolfspeed is the industry leader in supplying the materials required to meet the accelerating demand for next generation semiconductors and creating a more sustainable future for all. END_OF_DOCUMENT_TOKEN_TO_BE_REPLACED 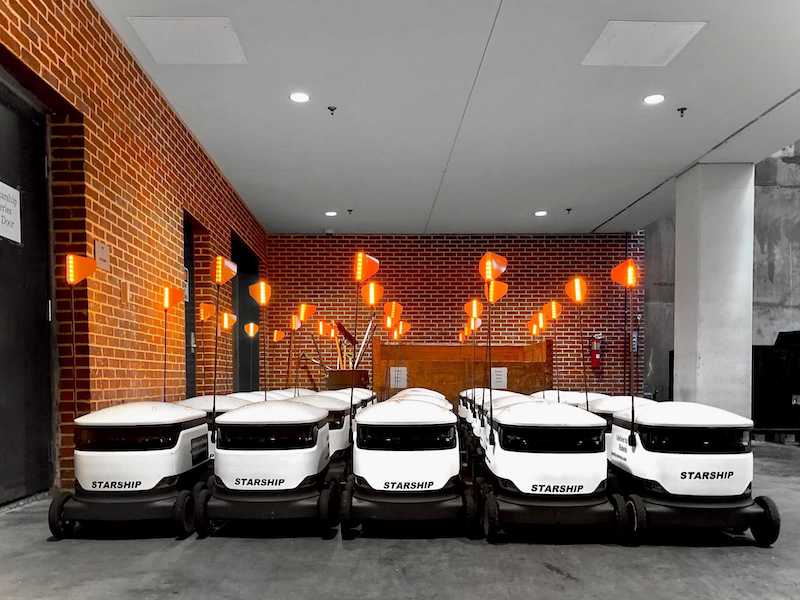 Starship Technologies has rolled out its robot food delivery service at Missouri State University, in partnership with Chartwells Higher Education.

This is the first university in Missouri where Starship delivery robots are providing service. The robots will provide deliveries daily. END_OF_DOCUMENT_TOKEN_TO_BE_REPLACED

Bitcoin’s expansion in the United States of America has been on the rise in recent years. There are now more than 1,000 merchants that accept Bitcoin as a form of payment in the US, and this number is steadily growing.

Some notable examples include major retailers such as Overstock.com, Dell, and Expedia.

Bitcoin’s popularity in the US can be attributed to a few factors. For one, the country is home to a large number of Bitcoin enthusiasts and early adopters. END_OF_DOCUMENT_TOKEN_TO_BE_REPLACED 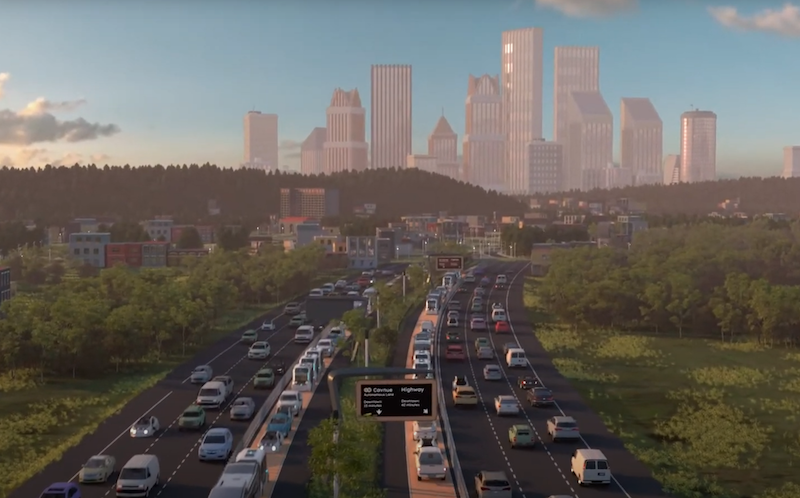 The US state of Michigan is reinventing itself as the global capital of autonomous mobility. From opening an air corridor for drones to building a stretch of road on which electric vehicles can charge themselves wirelessly as they move along, the state is creating an ecosystem which could become something of a template for the rest of America.

Michigan is, as most readers will know, the state in which Detroit is located. Detroit, the most populous city in the state, is the historic centre of the modern global automotive industry, or “Motor Town” as it was famously called many decades ago, inspiring the name “Motown” for the even more famous record label.

And while it may have lost some of its industrial status in recent decades, Detroit still provides homes and office space to some of the largest automotive companies in the world: Ford, General Motors, Mercedes-Benz USA, Fiat Chrysler Automobiles, and a whole range of automotive components, systems and parts manufacturers. END_OF_DOCUMENT_TOKEN_TO_BE_REPLACED 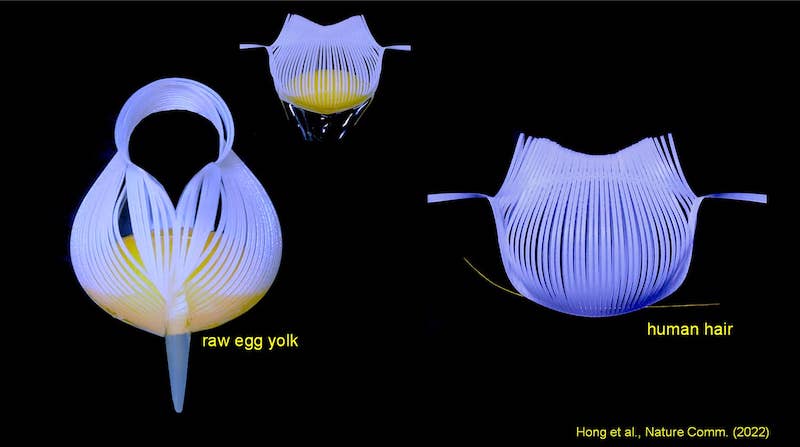 Engineering researchers from North Carolina State University have demonstrated a new type of flexible, robotic grippers that they say “are able to lift delicate egg yolks without breaking them, and that are precise enough to lift a human hair”. (See video below.)

The work has applications for both soft robotics and biomedical technologies.

The work draws on the art of kirigami, which involves both cutting and folding two-dimensional (2D) sheets of material to form three-dimensional (3D) shapes. END_OF_DOCUMENT_TOKEN_TO_BE_REPLACED 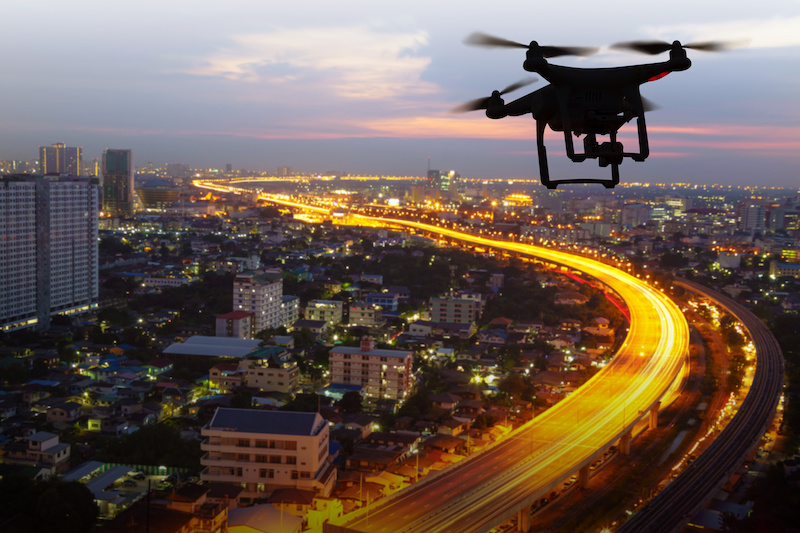 This effort involves studying the feasibility of a commercial drone skyway in three proposed areas, including an international connection between Michigan and Ontario, southeast Michigan, and any other suitable location in the state.

Through the Michigan Department of Transportation (MDOT) and the Michigan Aeronautics Commission (MAC), the State of Michigan, with support from the Michigan Office of Future Mobility and Electrification (OFME), the Michigan Economic Development Corporation, and the Government of Ontario, through the Ontario Vehicle Innovation Network (OVIN), will explore whether small drones can be flown beyond the line of sight of a pilot and be used in operations like just-in-time delivery, medical transport, or other small-scale deployment of UAS. END_OF_DOCUMENT_TOKEN_TO_BE_REPLACED

Can intelligence be taught to robots? Advances in physical reservoir computing, a technology that makes sense of brain signals, could contribute to creating artificial intelligence machines that think like us.

In Applied Physics Letters, from AIP Publishing, researchers from the University of Tokyo outline how a robot could be taught to navigate through a maze by electrically stimulating a culture of brain nerve cells connected to the machine.

These nerve cells, or neurons, were grown from living cells and acted as the physical reservoir for the computer to construct coherent signals. END_OF_DOCUMENT_TOKEN_TO_BE_REPLACED 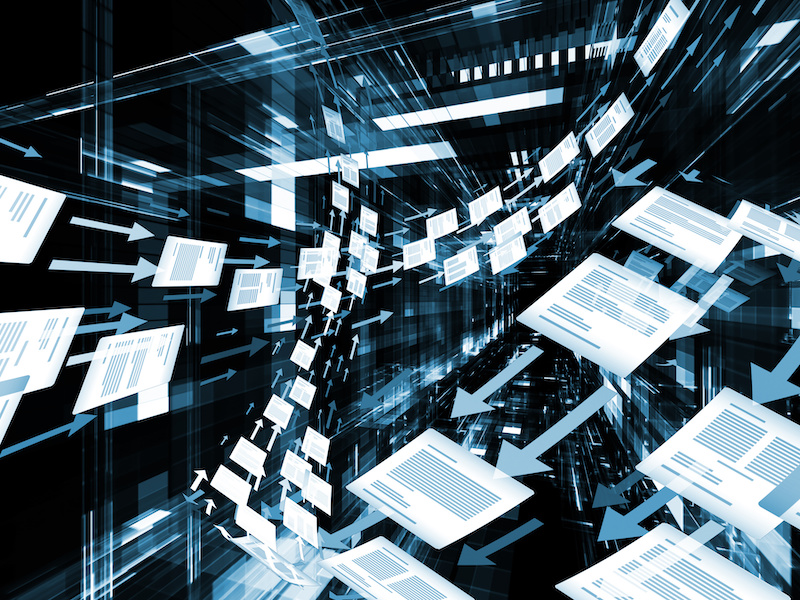 Cloud computing is still a relatively new technology. Because of its comparative novelty, states are still trying to figure out how to tax transactions that occur within the cloud computing industry.

They regularly issue new policy statements, enact new legislation, and promulgate new rules regarding the taxability of cloud-based transactions, so it can be hard for the average business owner to keep up.

Modern companies that utilize cloud-based solutions must be aware of the complexity of state sales and use tax treatment. To that end, this article will offer a basic introduction to the tax treatment of the three types of cloud computing transactions. END_OF_DOCUMENT_TOKEN_TO_BE_REPLACED