It’s getting close to Christmas and that means it’s time for e-commerce fulfillment managers to start getting worried about the availability of labor for the holiday season.

According to a recent article in Supply Chain Dive, “this year’s peak season promises additional challenges in recruiting new hires as the pool of available labor shrinks”.

As the article points out, the US unemployment rate hit a 50-year low in September 2019. END_OF_DOCUMENT_TOKEN_TO_BE_REPLACED

John Deere, probably the largest manufacturer of agricultural machinery in the world, has been showcasing a new autonomous tractor and other new technology at the ongoing Agritechnica event.

In a new exhibition concept at this year’s Agritechnica, Deere is demonstrating its leading position in precision agriculture in the Future Technology Zone.

Nine different product developments and research projects in the fields of electrification, autonomy through automation and artificial intelligence show how agriculture could work even more sustainably and productively in the future. END_OF_DOCUMENT_TOKEN_TO_BE_REPLACED

DMG MORI and Jungheinrich have formed a partnership to develop driverless transport systems – and have already demonstrated a first product.

Because the driverless transport system enables the fully automated loading and unloading of workpiece pallets on machine tools. END_OF_DOCUMENT_TOKEN_TO_BE_REPLACED

Ultimation is targeting the new and growing market of vertical farming sector with its conveyor systems, technology it has been supplying for more than 30 years.

The company says that sustainable agricultural operations such as vertical and indoor farms are becoming more prevalent, and “conveyor technology systems can be part of the solution”.

END_OF_DOCUMENT_TOKEN_TO_BE_REPLACED

Škoda Auto, Matador Group and Kuka have come together in the town of Vrchlabí, Czech Republic, for what they say is “a manufacturing initiative without borders or fences”.

The project is being undertaken in an automobile factory which produces direct-shift-gearbox automatic transmissions. 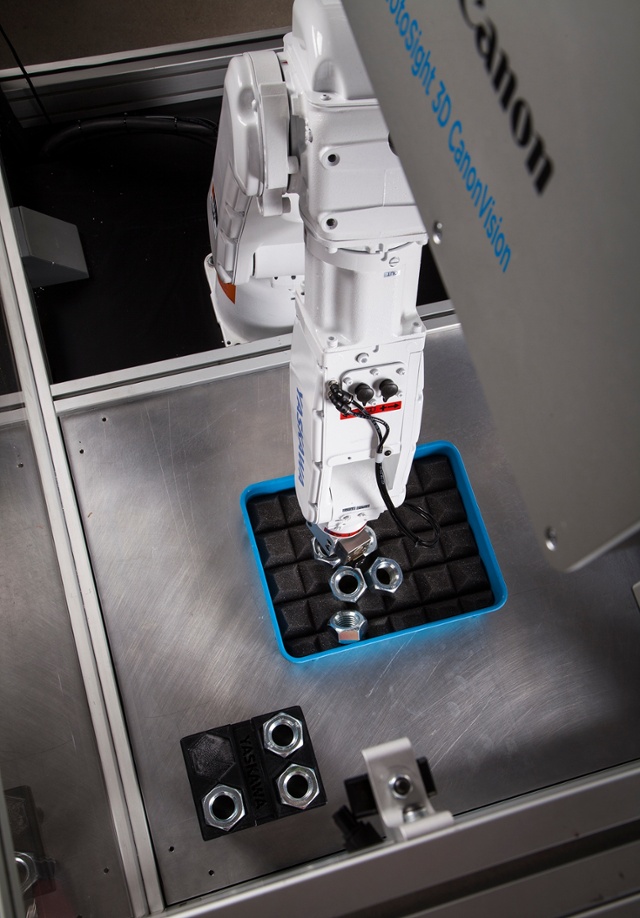 The robot-manufacturing giant says its MotoSight 3D CanonVision is an easy-to-use hardware-and-software solution that utilizes a single 3D machine vision head to quickly and easily recognize and pick parts that are randomly placed in bins.

They are already at work within industry today. In the future, up to 60 percent of our jobs are expected to be automated.

How will this development transform manufacturing and the maintenance of machinery in the future?

SKF is sparking conversation and spreading ideas with a new series of a knowledge-sharing symposium called Let’s Talk (see video).

Industry experts are discussing industry trends such as digitalization, industry ecology and counterfeiting in front of a live audience at leading universities.  END_OF_DOCUMENT_TOKEN_TO_BE_REPLACED

As such, engineers are tasked with figuring out how best they bring about that element without compromising on the size of the air craft and safety among others, while maintaining the economic aspect of the airline owners.  END_OF_DOCUMENT_TOKEN_TO_BE_REPLACED

The G7 Summit was held last week in Ise-Shima, Japan, and local carmakers Toyota, Honda and Nissan took the opportunity to unveil some new innovations in their autonomous product range.  END_OF_DOCUMENT_TOKEN_TO_BE_REPLACED