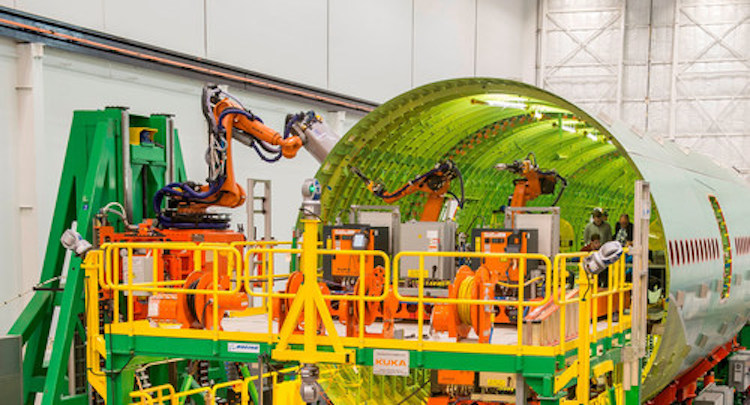 The news website quoted Jason Clark, Boeing vice president of 777/777X operations, who said back in 2015, when the robots were first introduced: “It’s a little tough in the teething. But as we get through it, it will create the rewards necessary for us to compete.” END_OF_DOCUMENT_TOKEN_TO_BE_REPLACED 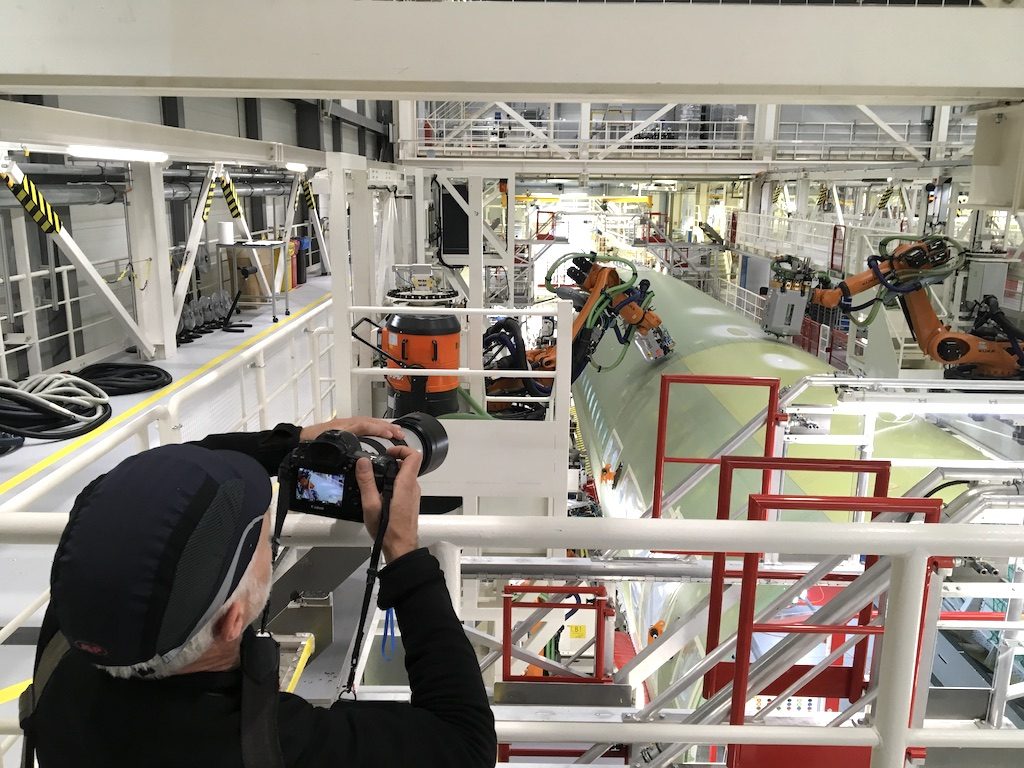 The aerospace jumbo invited a small group of journalists, including one from Robotics and Automation News, for a visit to the vast, sprawling complex, and a detailed, guided tour of Hangar 245, the advanced manufacturing facility in which aircraft belonging to the “A320 Family”, as Airbus describes them, are currently being assembled.  END_OF_DOCUMENT_TOKEN_TO_BE_REPLACED 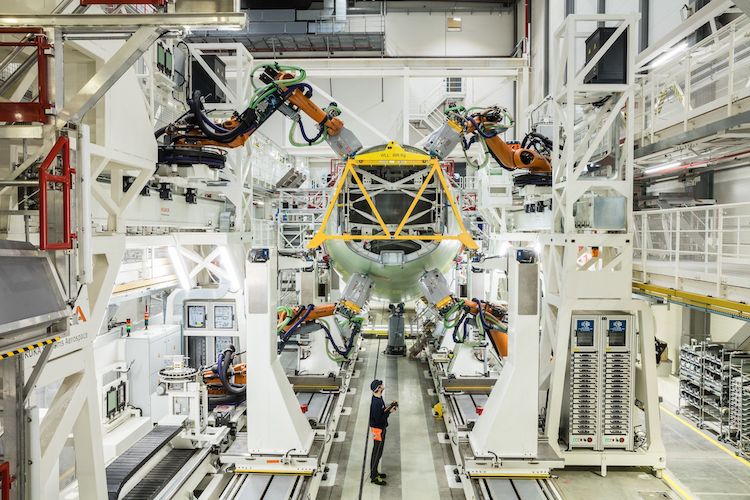 With a special focus on manufacturing longer sections for the A321LR, the new facility features 20 robots, a new logistics concept, automated positioning by laser measurement as well as a digital data acquisition system.

These will further support Airbus’ drive to improve both quality and efficiency while bringing an enhanced level of digitalisation to its industrial production system. END_OF_DOCUMENT_TOKEN_TO_BE_REPLACED

The first A350 XWB for Japan Airlines (JAL) has rolled out of the Airbus paint shop in Toulouse, France.

The A350-900 is the first ever Airbus aircraft to be produced directly for JAL and features a special A350 XWB red logo on the fuselage.

The aircraft will now proceed to ground and flight tests, before delivery to JAL in early summer.

END_OF_DOCUMENT_TOKEN_TO_BE_REPLACED 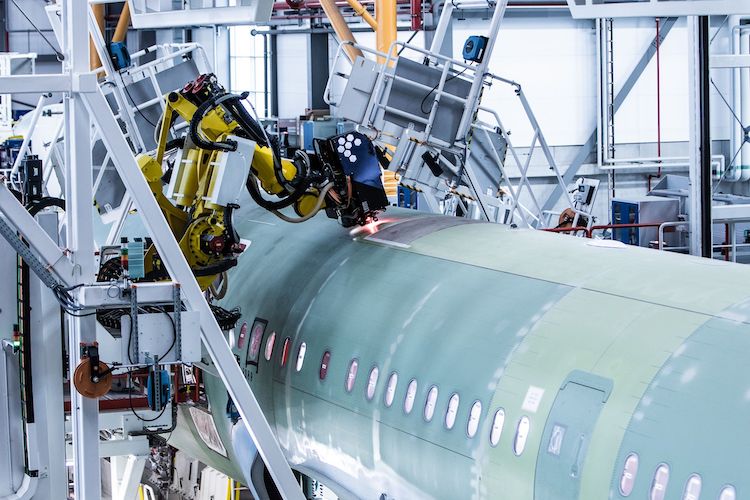 Airbus has inaugurated the fourth Hamburg, Germany production line for its A320 Family of jet airliners.

Making use of digital technologies and a more flexible industrial setup, Airbus says the “innovative state-of-the-art line is a key enabler for ramping up the single-aisle programme to 60 aircraft per month by mid-2019”.