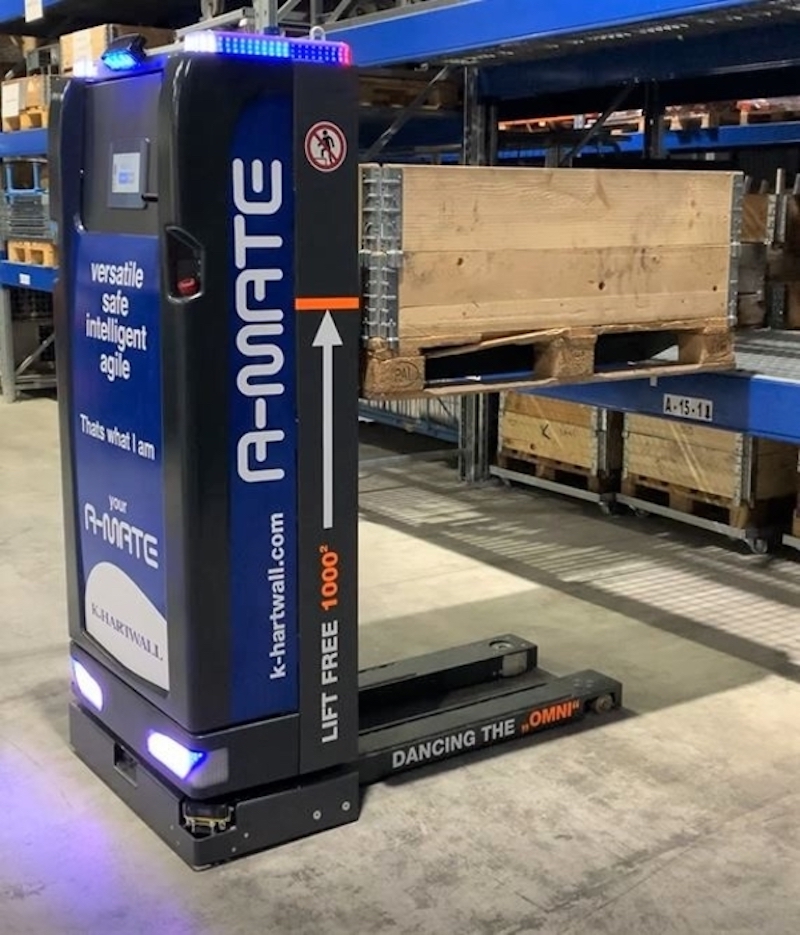 K.Hartwall has launched a new “autonomous mobile robot” called A-Mate. The company says this is the first fully electric free-lift pallet “AGV” with omnidirectional drive on the market.

K.Hartwall calls its new machine an AGV as well as an AMR, which indicates the ongoing merging of the two technologies across the industry.

The company says the A-Mate is an extremely versatile mobile robot that will bring a new level of automation to intra-logistics, and to the movements of different load carriers, from pallets to roll containers and foldable cages or “gitter” boxes. END_OF_DOCUMENT_TOKEN_TO_BE_REPLACED