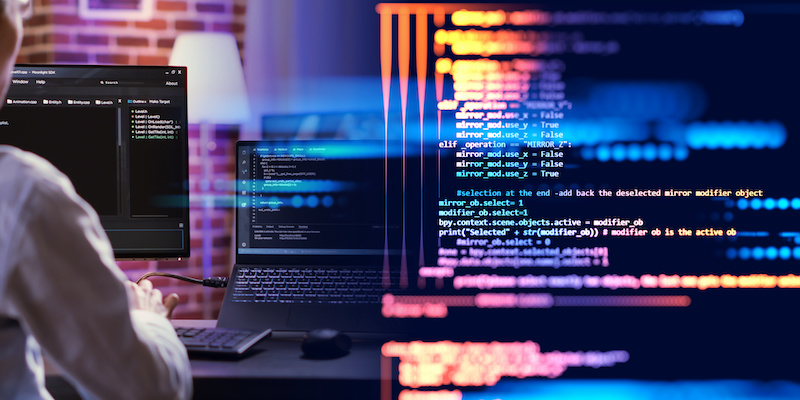 Where would we be without computer code and code writers? And where will they take us next?

Here, experts from of Celonis, Snowflake and Canonical comment on a range of topics and emerging technologies, such as process mining, data sharing, social robotics and the rise of “influencer-coders”.

Predicting the future with process mining

Over the next year, we will see the rising adoption of process mining as it evolves to incorporate automation capabilities.

Process mining has traditionally been a data science done in isolation, helping companies identify hidden inefficiencies by extracting data and visually representing it, acting as an X-ray for businesses to see where inefficiencies exist within their operations.

However, it is now evolving to become more prescriptive than descriptive and will empower businesses to simulate new methods and processes in order to estimate success and error rates, as well as recommend actions before issues actually occur.

It will fix inefficiencies in real-time through automation and execution management.

Furthermore, process mining is undergoing a major step-change in the field by incorporating a revolutionary new object-centric process mining technology.

Businesses that utilise the technology will now have a multi-dimensional understanding of processes and all related business factors and dependencies.

Rather than just identifying single inefficiencies, process mining will act as an intuitive and powerful way for companies to easily analyse complex interconnected processes and see where an initial inefficiency has metastasized to other parts of the business.

Today’s macroeconomic challenges have put a greater emphasis on the need for companies to share their data as well as give easy access to insights.

Across departments, offices and regions, sharing data has traditionally been difficult and inaccessible for businesses, leading to lack of visibility at a time when companies can least afford it.

Inflationary pressures and supply chain issues have encouraged business leaders to share and benchmark data within their own company, which is why data sharing and collaboration will be crucial to businesses over the next year.

Companies will increasingly look to harness technologies and platforms that allow data to be shared within their organization and across their ecosystem in both a seamless and secure way.

By developing broader datasets, businesses in 2023 will use process intelligence to reveal which best practices should be adopted internally, drive innovation, and create better business outcomes. As data sharing and benchmarking increases, it will also create healthy competition across internal departments and teams.

The evolution of social robots

In 2023, social robots will be back. Late in 2022, we saw companies like Sony unveiling robots like Poiq. This set the stage for a new wave of social robots.

Powered by natural language generation models like GPT-3, robots can create new dialogue systems. This will improve the robot’s interactivity with humans, allowing robots to answer any question.

But, this is not only about the novelty effect. Dall-E will keep pushing research to help robots define their behaviour based on their surroundings.

As image detection and context generation merge, robotics scene awareness and social intelligence will take a new leap. By generating a detailed textual description of an image, robots will soon be able to understand the room they are in or what people are doing. This is another step towards real autonomy.

However, we cannot be blind to the misuse of technology. The war in Ukraine has made it clear that robots have a market. The Institute for the Study of War has signalled drones as essential as shells.

Their large-scale deployment makes this the biggest “drone war” we have seen. Autonomous vehicles have also found a niche in the conflict, allowing armies to transport equipment. Underwater drones as well. Outside this war, China’s Kestrel Defense has also posted videos of a quadruple robot launching munitions or carrying a machine gun.

Unfortunately, in 2023 we may confirm that the world has started a new arms race. Far are the days of the EU’s ban on killer robots. This war has likely set the stage for what is to come.

Business applications will see the beginning of a rebirth in favour of their new data-powered versions.

We’re poised at the start of a renaissance in software development where developers will bring their applications to central combined sources of data, rather than the traditional approach of copying data into applications.

Every single application category, whether it’s horizontal or specific to an industry vertical, will be reinvented by the emergence of new data-powered applications – leveraging massive amounts of data to personalise their products and optimise their services.

This rise of data-powered applications will represent massive opportunities for all different types of developers, whether they’re working on a brand-new idea for an application and a business based on that app, or they’re looking for how to expand their existing software operations.

Platform providers will take on much of the burden of security, governance, privacy, distribution, and monetization, leaving developers and entrepreneurs free to focus on innovation around their primary differentiators.

The advent of easy-to-use low-code or no-code platforms are already simplifying the building and sharing of interactive applications for tech-savvy and business users.

Based on that foundation, the next emerging shift will be a blurring of the lines between two previously distinct roles – the application producer and the consumer of that software.

Application development will become a collaborative workflow where consumers can weigh in on the work producers are doing in real-time, for instance, by commenting on code.

Effectively, application creation will follow a similar path to other digital artefacts such as documents, diagrams and presentations where collaborative and iterative workflows enable two-way peer collaboration through tools such as Google Docs, Google Slides, and Figma.

Taking this one step further, we’re heading towards a future where app development platforms have mechanisms to gather app requirements from consumers before the producer has even started creating that software.

Social media “influencer-coders” will exert a greater impact on boosting the popularity of open source technologies.

We live in a time when enthusiastic and charismatic influencers can significantly shape opinions and tastes through their recommendations and activities on social media.

I expect this trend to continue and to play a stronger role in helping to make some open source projects rapidly popular and more widely adopted. It’s not only brand-new technologies that will benefit.

Influencers will also appreciate the beauty of older open source code and bring it to the attention of brand-new audiences. An important new success metric for open source will be not only how cool a project is, but also the coolness factor and the social media reach of its hip influencer fans.

Machine learning technologies have changed and made the process of software development faster for some time – particularly in decreasing the number of characters needed to express an idea in code.

What’s different and exciting about the new AI pair programmers such as GitHub Copilot or TabNine is that we’re witnessing the invention of a new and fundamentally more expressive language.

These new tools, trained on billions of lines of code, can use that learned context to auto-generate the code a developer is writing, thereby transforming their workload.

The more code available about a project, the faster it is to write in that project. We’ll see many more developers creating an entire application by writing a single line of natural-language English, and then watching the AI pair programmer complete the rest of the work.

This technology offers developers one of the most profound advancements in software engineering in the last half-century.