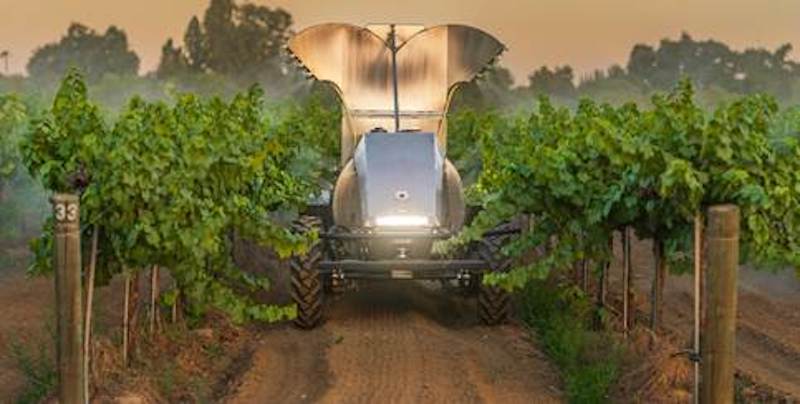 In 2014, when commercial spray business owner Dave Crinklaw drew a design on his shop floor of what he envisioned the solution to his labor challenges and inefficiencies to be, the journey to building the first autonomous sprayer began.

After several years of prototype development and refinement, the award winning GUSS was delivered to the first customer in 2019.

In Spring 2022, GUSS Automation took another leap forward by forming a joint venture with Deere & Company. This partnership was created to provide solutions to growers worldwide through increased precision and efficiency, enhanced safety, and confronting labor challenges.

Chris Davison, director, small tractor and HVC production systems at John Deere, says: “Deere and GUSS are both committed to investing in innovation and technology to help farmers be more productive and profitable while growing more food using fewer resources.”

GUSS Automation’s R&D department’s industrious team is designing and building the next cutting-edge machines to propel autonomous equipment in the agriculture industry.