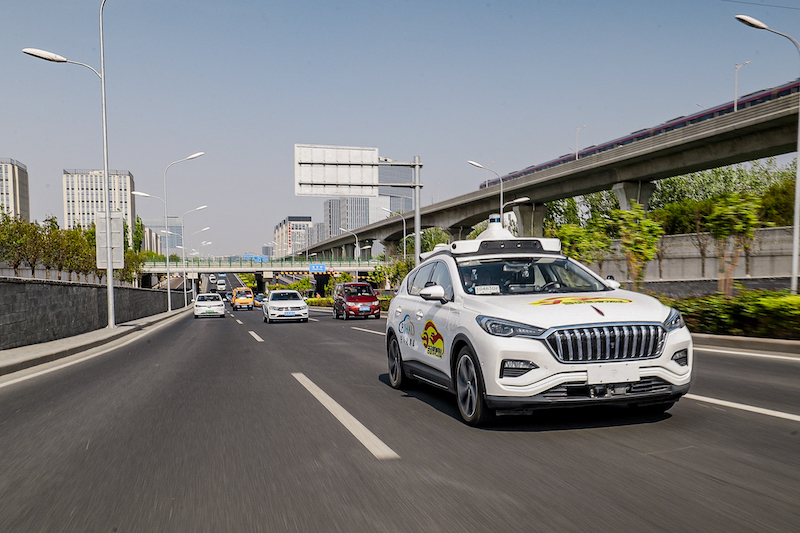 Baidu, an AI company with strong internet foundation and often referred to as China’s equivalent of Google, has embarked on a major expansion of its commercialized fully driverless robotaxi service in Wuhan.

The new expansion would triple the size of its current operation area, increasing the number of robotaxis in service and expanding operating time to include key evening hours.

The expansion extends the coverage of Baidu’s fully driverless service from Junshan New Town to the third to fifth ring of Wuhan Economic Development Zone.

At the same time, the operating hours of fully driverless robotaxi service in Junshan New Town have been extended to 7am to 11pm in order to better meet the public’s needs for evening travel.

Baidu now becomes the first and currently the only vendor in China to provide commercialized fully driverless robotaxi service during evening hours.

Apollo Go has witnessed stunning growth in Wuhan over the past several months, having begun operations in the city in May 2022. Three months later, Wuhan became the first city in China to host commercial operation of fully driverless autonomous driving after Apollo Go upgraded its services in August.

As one of the leading centers of automotive industry innovation in central China, Wuhan has been actively leading the way in enacting policies to support autonomous driving. At present, Wuhan has over 400 kilometers of roads fully enabled by intelligent networks, ranking at the forefront in China.

In addition to Wuhan, Apollo Go currently provides commercialized autonomous ride-hailing services in cities including Beijing, Shenzhen and Chongqing. Apollo Go’s service in Chongqing and Wuhan features driverless commercial operation, with no driver or safety operator in the car, making the company the first in China to operate fully driverless robotaxis in multiple cities.

By the end of the third quarter of this year, the cumulative order volume of Apollo Go exceeded 1.4 million, ranking Baidu as the world’s largest robotaxi service provider.