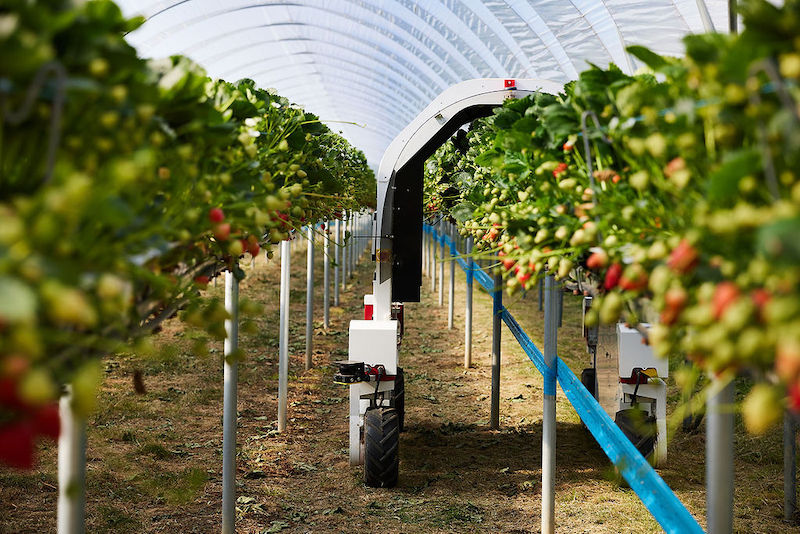 Saga Robotics says it has delivered “excellent results” in the company’s “biggest season yet”.

Last year, in what’s described as “a world-first”, the ag-tech company removed the requirement for fungicides to control strawberry powdery mildew. This season’s results consolidate the company’s status as a “stable and serious provider of automated integrated pest management”, according to Saga.

Saga Robotics is pleased to announce that its autonomous robotic platform, Thorvald has had its biggest season to date, operating and treating strawberry plants at Clock House Farm with UV-C light to control powdery mildew.

The ag-tech company says it achieved “complete control” of the pathogen treating all of Clock House Farm’s 30 hectares of tabletop crops. 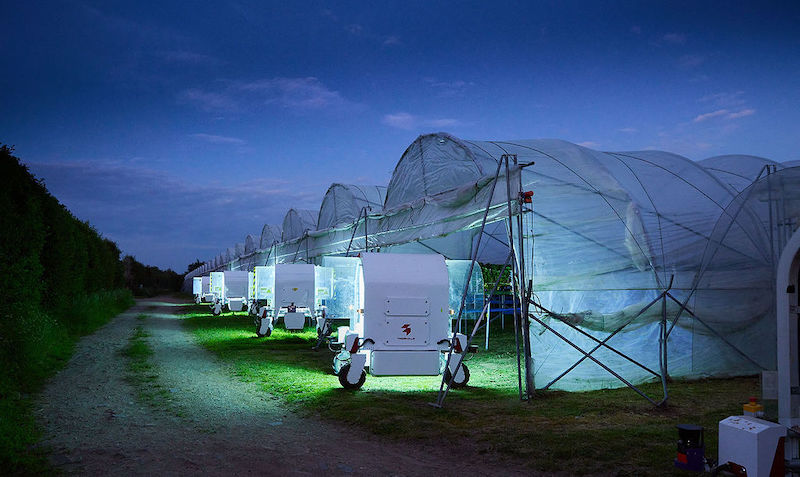 “We have actively been using Thorvald for the third year running and have experienced at first-hand the significant effect and results of the Thorvald UV-C light, without any chemical intervention to protect our strawberry plants from powdery mildew during the season.

“The UV-C treatment has delivered a successful outcome, not only in relation to the effective control of powdery mildew but also in helping the farm in its commitment to sustainability (by removing diesel operations; negating the need for chemical fungicides etc) which remains a key priority for us.

“I am also excited to see the huge potential for Thorvald to support and automate many other key aspects of Integrated Pest Management going forward.”

Saga Robotics will be partnering with more growers in 2023 whilst it prepares for the commercial launch of a wider range of services, which will be embedded onto its Thorvald robot platform. These will be included in Saga Robotics’ Integrated Pest Management portfolio next year, which will serve as an important stepping stone for a substantial commercial scale-up in the UK in 2024.

Anne Dingstad, CEO, Saga Robotics, says: “Making an impact and creating real value, as requested by our growers, means being able to help them reach their full crop potential, while reducing waste, use of chemicals and carbon emissions. Drawing on our experience at Clock House Farm from the past three years I’m proud to say our team is delivering on our mission.

“Operating on a full farm also means being able to operate the robots safely and consistently throughout the whole season. We yet again demonstrated that the technology works by autonomously driving 10,000 linear kilometres this season only, the equivalent of driving from London to Edinburgh over 15 times.

“It’s also been a year where we have accelerated our preparations for commercial scale and secured new funding, both of which we know will contribute to a sustainable, modernised and efficient agriculture in the coming years. Our technology isn’t just proven, its significant commercial impact is now beyond doubt too.”