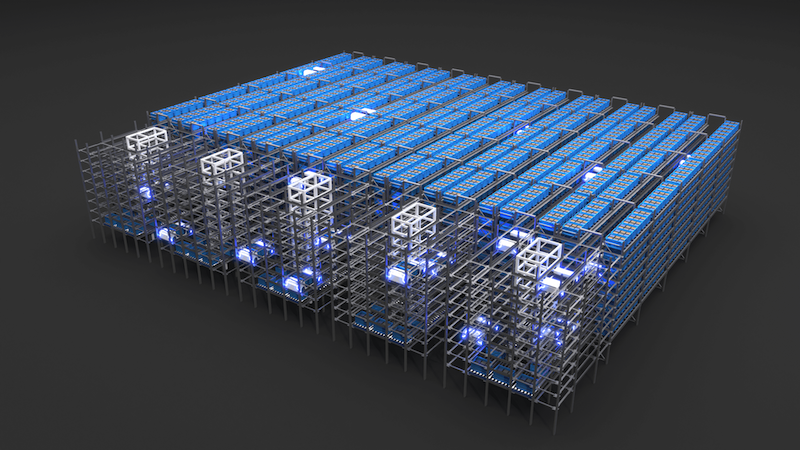 Renatus Robotics has launched what it claims is “the world’s first automated robot warehouse system with ‘One-Stop Pick & Pack’ technology”.

Renatus enables a single worker to perform picking, consolidating, and packing operations all in one stop, operations that have traditionally required workers and dedicated material handling equipment at each step.

This system revolutionizes inventory management and order fulfillment in all segments of logistics including e-commerce.

The system is a 3D storage rack system with Renatus Shuttles and high-speed lifts that operate inside, managed and controlled by the proprietary software and algorithm package Renatus Cortex. 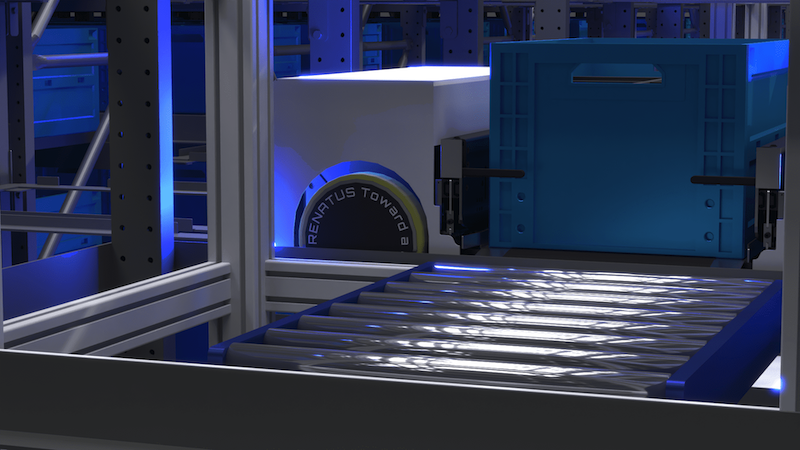 One-Stop Pick & Pack – Other automated warehouse systems require the use of buffering and sequencing equipment as well as conveyor systems to consolidate all the goods in an order for packing, which can get costly in both equipment and labor costs.

With Renatus, goods arrive to workers completely sequenced and consolidated without additional equipment, a feature made possible through the fleet control and dispatch algorithm of Renatus Cortex.

Adding the capability to automatically supply and seal shipping boxes, Renatus enables a single worker to fulfill an order by picking, consolidating, and packing in one stop.

Unmatched picking efficiency – Renatus unlocks picking speeds up to 500 lines per hour per worker. The use of dedicated transport methods for the horizontal and vertical transport of goods enables some of the fastest performance in the industry, with speeds of up to 4m/s (2m/s2 acceleration for Renatus Shuttle, 4m/s2 for the high-speed lifts).

Goods are also stored and supplied inside tote bins which simplifies and speeds up the picking workflow as well as reduces human error compared to picking goods from a rack or shelf.

Ultra-high storage efficiency – Traditionally, resolving the issue of congestion and collisions among robots has been a challenge for automated warehouse systems at large scales. With Renatus however, Renatus Cortex realizes optimized, collision-free path planning for fleets of Renatus Shuttles up to 2,000 units simultaneously.

Communications within the system are done over local 5G for stable, high-speed performance. The combination of both revolutionary software and hardware enables Renatus systems capable of storing 1 million bins and shipping over 300,000 lines per day.