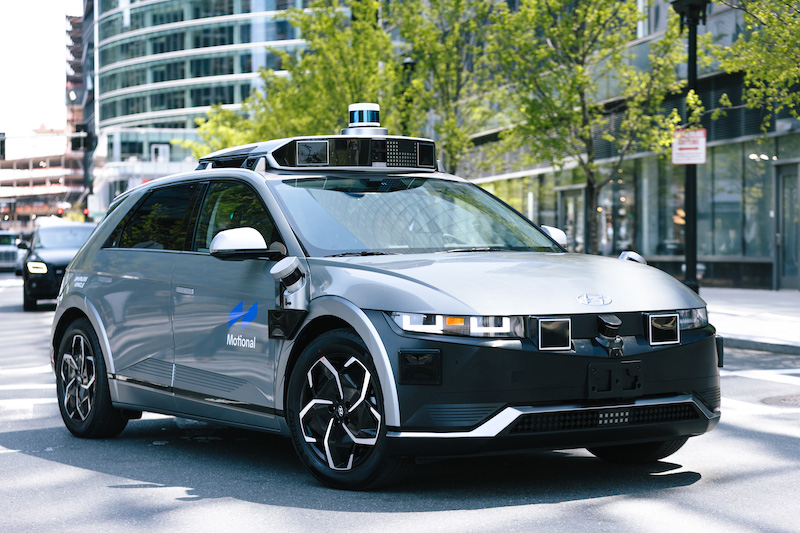 The study found that only one-third (33 percent) of Americans feel uncomfortable with the level of safety, security, and accuracy of AV technology – a shift from 2021 when consumers reported safety (67 percent) as the number one concern related to driverless technology.

Leading the charge in the increasing acceptance of AVs are younger consumers, with a majority of Gen Z survey respondents (67 percent) believing that AVs are safer than human drivers.

Customization for the driverless in-vehicle experience was especially important to young Americans – the majority of Gen Z (56 percent) and Millennial (60 percent) respondents believe customization features are the most important feature to have in an autonomous ride-hail.

The ability to choose an AV over a human driver while traveling alone, when needing alone time, and when traveling at night were also important factors.

Akshay Jaising, Motional’s VP of commercialization, says: “While driverless vehicles represent a major technological achievement, ultimately they are a consumer product that must meet the needs and expectations of our future riders.

“This survey tells us consumers are increasingly excited to have an innovative mobility option that makes them feel more comfortable and secure.”

Among the report’s findings: safety while traveling alone was named a top reason Americans would choose an autonomous ride-hail; at least half (52 percent) of Americans would feel comfortable or report no major concerns about being a pedestrian in a city with AVs; and most consumers find AVs as a solution for reducing dangerous driving habits.

As a breakthrough technology, AV acceptance among consumers will steadily increase as Americans become more familiar with the technology and have a chance to experience it first-hand.

27 percent of survey respondents indicated they have ridden in an AV, a 25 percentage-point increase from 2021 (2 percent).

Nearly half (46 percent) of previous robotaxi riders said they would opt for an AV over a human-driven ride-hail.

Over half (53 percent) of those who have ridden in an AV are comfortable with the safety and security of AV technology.

A younger generation of passengers are embracing the idea of AVs as a safe and convenient transportation option, underscoring the trend of increased positive sentiment toward AVs.

The majority of Gen Zs (73 percent) and Millennials (63 percent) feel positive or neutral about riding in an AV.
At least 81 percent of Gen Z respondents reported feeling comfortable and/or having no major concerns with the level of safety, security, or accuracy of AV technology.

50 percent of Gen Z respondents would prefer a driverless ride-hail in order to avoid social interactions with a driver.

“Consumers from the Millennial and Gen Z segments make up the two largest populations and have demonstrated significant interest in autonomous mobility. We’re eager to further cultivate their interest with the introduction of safe and convenient Motional robotaxis in their communities.”

1 in 5 respondents would prefer a driverless ride-hail for safety-related reasons: feeling safer while traveling alone (35 percent) and feeling safer in an AV in general (33 percent).

40 percent of women would both feel safer traveling alone in a driverless ride-hail and would choose an AV for minimal interaction.

More than a third (36 percent) of Americans believe AVs can provide transportation to those who have limited mobility options, providing greater freedom of mobility.