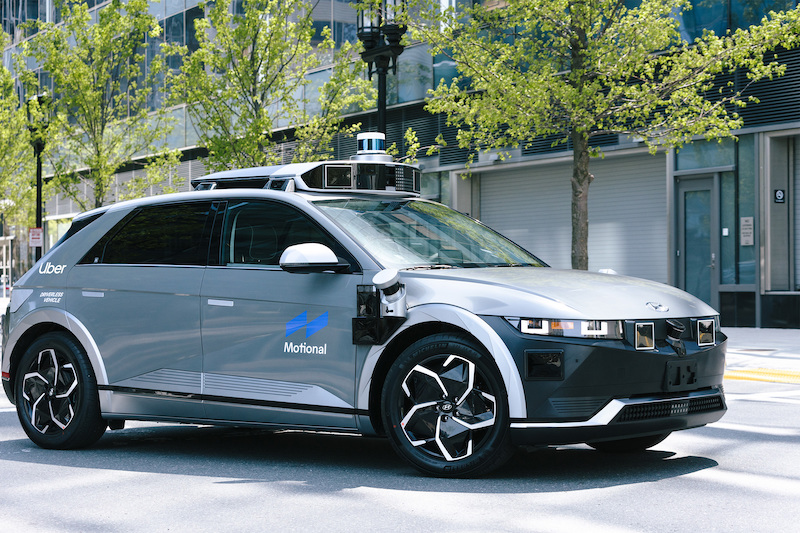 Motional and Uber today announced the launch of their public robotaxi service in Las Vegas, Nevada. For the first time ever, Uber customers are able to hail an autonomous ride using Motional’s all-electric Hyundai IONIQ 5-based robotaxis.

Motional and Uber are launching with vehicle operators now to lay the groundwork for a fully driverless commercial service, with the goal of launching the driverless service to the public in 2023.

“It’s a testament to our technology and the power of our partnership with Uber that we’re able to go from concept to consumer in such a short time. Las Vegas is the first of many cities in which Motional’s AVs will become an everyday transportation option for Uber customers looking for a safe and convenient ride.”

This service is the first in Motional and Uber’s 10-year commercial partnership that will see Motional’s Level 4 autonomous vehicles (AVs) deployed for ride-hail and deliveries on the Uber network in major cities across the US.

The public robotaxi service will first launch in Las Vegas before expanding at a later date to Los Angeles, California.

The Las Vegas pilot arrives just a few months after Motional and Uber finalized the multi-year partnership, demonstrating that both companies are committed to entering new markets and introducing autonomous technology at scale to millions of Uber customers – all while making meaningful progress on leading the industry to zero emissions.

Noah Zych, global head of autonomous mobility and delivery at Uber, says: “Motional has proven themselves to be an industry leader, steadily and safely progressing autonomous technology towards a driverless future.

“We’re thrilled to take this next step together in Las Vegas, and look forward to continuing to integrate autonomous technologies into the Uber network to grow our business by providing customers with additional reliable, affordable and effortless transportation and delivery options.”

This announcement marks the second autonomous service launch from Motional and Uber this year. In May, Motional’s AVs began conducting autonomous deliveries for Uber Eats customers in greater Los Angeles.

The success of the service, which quickly expanded to additional restaurants, proves the market opportunity and the appetite among Uber merchants and customers for a driverless delivery option.

With this new launch, Motional is now the first AV company to conduct both deliveries and rides on a major network like Uber. Motional is uniquely experienced in deploying AVs for ride-hail, having operated a public robotaxi service in Las Vegas for five years.

Combining this expertise with the world renowned Uber network enables consumers to experience autonomous rides for the first time in a way that’s affordable, convenient, and safe. A robotaxi is now an additional transportation option for Uber riders to choose from as they’re empowered to go anywhere and get anything.

Customers in Las Vegas interested in taking a ride in a Motional robotaxi can visit the Uber app and select UberX or Uber Comfort Electric options for a chance to be matched with a Motional autonomous vehicle.

If an autonomous vehicle is available to complete the trip, Uber will match the rider to the vehicle and they will receive an offer to opt-in before the autonomous trip is confirmed and dispatched to pick them up.