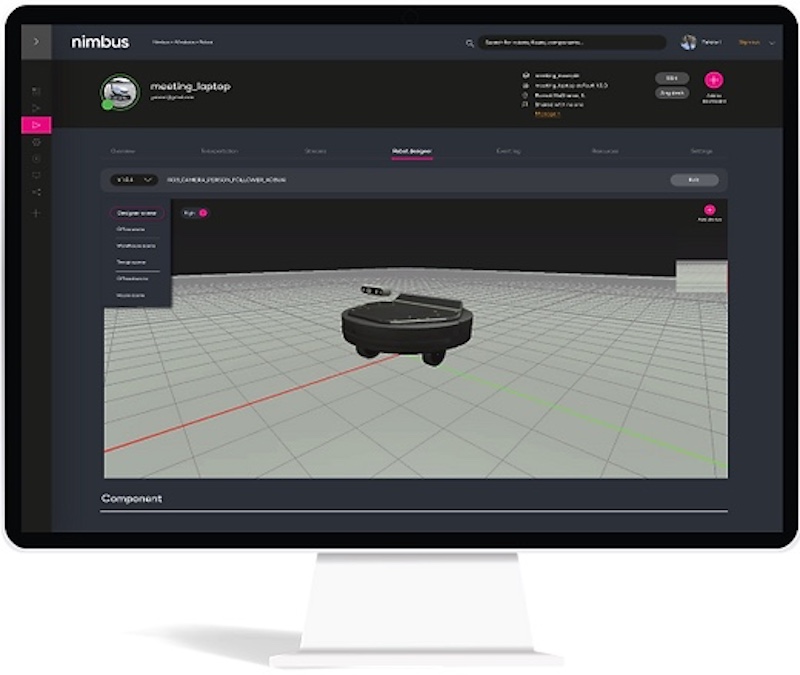 Dr Yehuda Elmaliach, co-founder and CEO of Cogniteam, says: “Upload your robot and drag & drop sensors, then run an in-browser simulation without worrying about costs or hardware capabilities.”

This feature allows remote teams to “reduce their development costs by a powerful 80 percent as they no longer need to pay for an in-house simulation maintenance team, expensive equipment, or cloud computing GPU capabilities”.

As markets continue to demand robots with exponentially greater capabilities, so too have the demands put on simulation environments to ensure these robots behave as intended.

At times, such as with Nimbus, robots can be developed using software libraries that have been previously field-tested on different devices, before any hardware is assembled.

These capabilities include location, spatial recognition, robot autonomy, and cloud connectivity technologies. As exciting as each of these are, testing these machines in a simulated environment demands high computing power.

Without an in-browser simulator that has a fixed price, companies must either purchase costly equipment or write a seemingly blank check to access expensive cloud-based computing.

Elmaliach says: “Developing autonomy for a robot demands slow incremental code verification. This process is more efficient when testing against simulation first and later on the physical robot.”

Running new and unpredictable simulations in silos puts a painful squeeze on finances, beginning at $5,000 a month and having no ceiling in sight. The alternative is to spend nearly as much on expensive computers for each team member.

Aiming to reduce the high cost of robotic development while increasing collaboration, teams can work remotely on a single robot, updating the code and seeing its impact in real-time while in various environments. These include delivery robots in a city, agriculture robots in an orchard, and more.

Dr West, CTO at Haystack Robotics, says: “Using the Nimbus Ecosystem, we were able to address a challenge for our client, simulate an update, then push it out to the real robot in the field – efficiently and at a predictable cost.”

Helping companies get the green light to produce a prototype, Nimbus’ in-browser simulation capabilities can act as an early proof of concept, allowing for a clear understanding of how the robot will act in its intended environment.