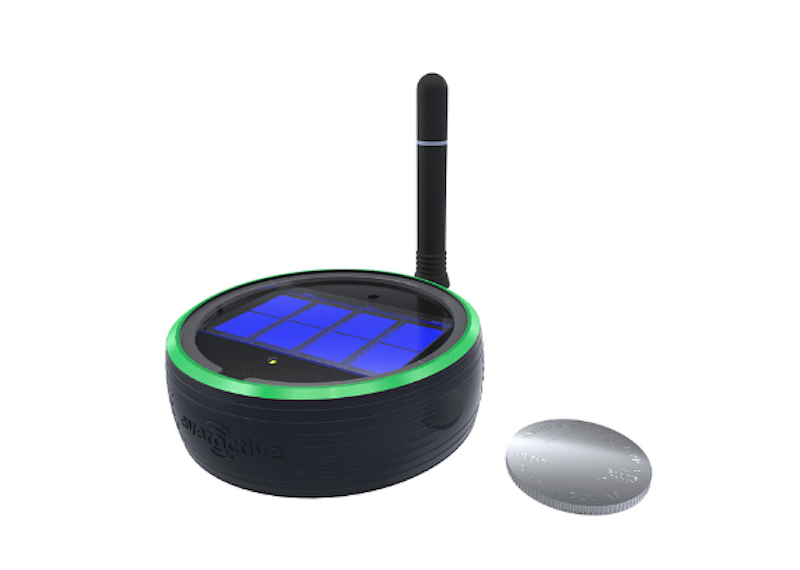 Everactive, a startup company making what it describes as “category-defining batteryless Internet of Things (IoT) systems”, is releasing its first development kit to allow third-party developers to build their own IoT products without the constraints of batteries.

The company’s self-powered hardware and managed network is purpose-built to acquire and deliver the dense physical-world data that will usher in an age of hyperscale IoT. Opening up that technology will allow IoT developers to easily create the scalable, sustainable, and data-rich products long demanded by their customers.

According to an article on MIT’s website, Everactive has developed industrial sensors that “run around the clock, require minimal maintenance, and can last over 20 years”. MIT adds that the company created the sensors “not by redesigning its batteries, but by eliminating them altogether”.

Utilizing a low-light indoor photovoltaic harvester as the sole power source, these devices can measure and wirelessly transmit data down to every 15 seconds.

The ability to wirelessly deliver such robust data exclusively from harvested energy represents a significant breakthrough for designers and engineers whose IoT projects have struggled to scale.

The development kit will allow developers to better understand and experiment with the power of energy harvesting technology for IoT applications.

To date, fundamental technology limitations have prevented the IoT from reaching its full potential. Specifically, IoT developers have struggled to achieve widespread adoption due to the continued reliance on batteries and inadequate wireless communication options.

Dr Benton Calhoun, co-founder and co-CTO at Everactive, says: “Our core breakthroughs in ultra-low-power wireless systems have overcome both the battery problem and networking issues that have plagued the IoT.

“With that as the foundation, we then built an entire data delivery system specifically designed to manage the massive influx of new real-world data sets only made possible by batteryless technology. Ultimately, it is that data – and the derived insights – that matters to our developers and their end users.”

Everactive leverages the world’s most energy efficient semiconductors to continuously operate devices from low levels of micro-renewable harvested energy – all without batteries.

Its purpose-built wireless network, Evernet, communicates robust data rates at long range from high density sensor networks. Delivering data through a managed network simplifies the activation process and vastly improves the speed at which an engineer can begin to experiment.

With over 15,000 devices deployed in only a handful of initial applications, Everactive has technically solved and commercially proven how to easily create, manage, and deliver the dense physical-world data streams required to achieve hyperscale IoT.

Those applications have helped an array of blue chip end users such as Anheuser-Busch InBev, Colgate-Palmolive, Kraft-Heinz, Merck, and the United States Air Force achieve operational efficiency and sustainability goals.

Now, third-party developers can reap the benefits of batteryless technology for their own IoT products and services. The company is currently accepting orders for development kits.