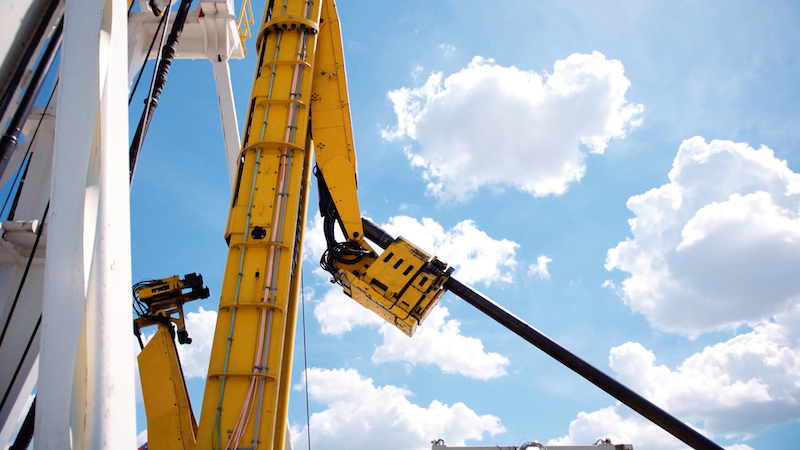 Nabors retrofitted an existing rig – X29 – with RZR (pronounced razor) and has successfully drilled multiple horizontal wells for ExxonMobil in the Permian Basin.

In 2021, Nabors and ExxonMobil proved fully automated land drilling is possible with Nabors’ newbuild R801 robotic drilling rig. Now, the companies have advanced to the next phase of their collaboration to validate the use of modular rig retrofits as a viable path to scale drilling rig automation.

Red zones have traditionally been particularly hazardous workspaces in the oil and gas industry. Over the next several years, Nabors believes that customers will increasingly demand and require automated pipe handling and further integration of robots into red zones to deliver safety and ESG commitments.

According to the International Association of Drilling Contractors, about 64 percent of 2021 lost time injuries in the Lower 48 involved the catwalk, pipe rack, rig floor or derrick. RZR automates activities in those areas, clearing crew members from red zones.

And as Nabors automates their rigs, with the same number of workers, they expect to add incremental services to their rig platform thus bringing more value to the Company and to their customers.

RZR is electric powered, allowing precision control and digital workflows. It enables completely hands-free pipe handling and eliminates the need for a crew member to be positioned on the floor and in the derrick.

The system autonomously performs repetitive tasks on the rig floor, including making drilling connections, and tripping in and out of hole. RZR enables offline stand building and handles casing in upper, intermediate and production sizes.

All Nabors RZR features are enabled through its proprietary rig operating system, SmartROS, which can be installed on existing rigs and control third party rig manufacturer’s equipment. RZR is modular and may be deployed on most standard rig configurations to optimize drilling operations and achieve consistently best-in-class performance.

Nabors equipped X29 with RZR at a fraction of the cost of a newbuild rig. These capital light upgrades can be used today to elevate drilling performance on existing assets instead of building fully automated rigs progressively over time.

As Nabors and ExxonMobil progress to the next stage in their technology collaboration, learnings from the R801 campaign have been applied to RZR’s deployment, to rapidly scale up the use of modular rig upgrades as a path to full automation.

Anthony Petrello, chairman, president and CEO of Nabors, says: “R801 proved fully automated land drilling is possible. Now RZR has demonstrated those same levels of automation can be scaled across existing assets at a fraction of the cost of a newbuild.

“This rig floor automation module is a game changer for the drilling industry as it seeks to increase safety and achieve true factory drilling.

“We are excited to integrate RZR on our high-spec rigs over time and offer the system to any drilling contractor. We thank ExxonMobil for its continued collaboration and leadership in driving drilling technology.”

“We look forward to continuing to collaborate with Nabors on advancing innovative drilling-automation capabilities.”