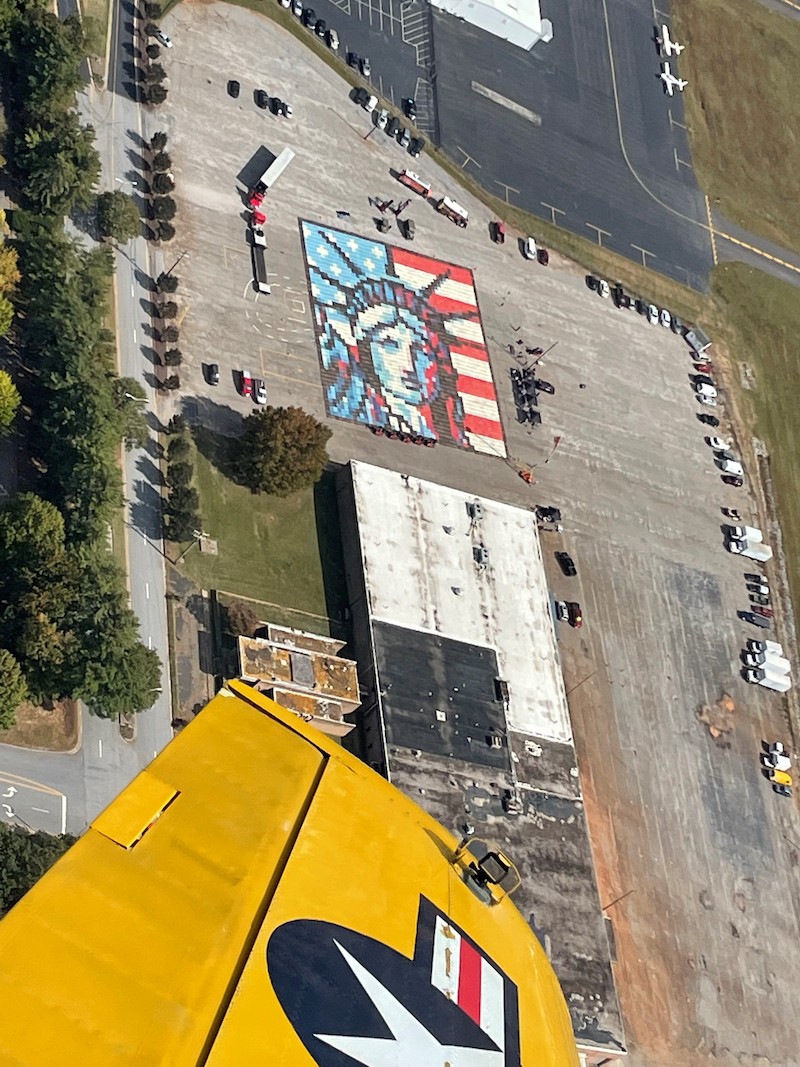 Carolina Handling set the record for creating the world’s largest pallet painting on October 10 in Greenville, South Carolina when it completed a 26,235-square-foot portrait of Lady Liberty.

Presented in partnership with pallet provider 48forty Solutions, The Patriotic Pallet Project featured 2,500 wooden pallets painted 16 different colors and placed in a grid like pattern to reveal the iconic likeness of Lady Liberty. Assembly of the painting was recorded for a video to be released on Veterans Day, November 11.

Donna Waldrep, Carolina Handling director of marketing, says: “We realize that what we do every day is probably not that exciting to those outside our industry.

“But we believed that if we could come up with something grand enough for those who don’t work in material handling to take notice, then we could generate excitement about jobs in material handling and careers at Carolina Handling while honoring the service and sacrifice of our military veterans.”

The exclusive Raymond Solutions and Support Center in the Southeast, Carolina Handling thrives in the world of warehouses and distribution centers where products are transported by pallet jacks, lift trucks, conveyors and sortation systems. 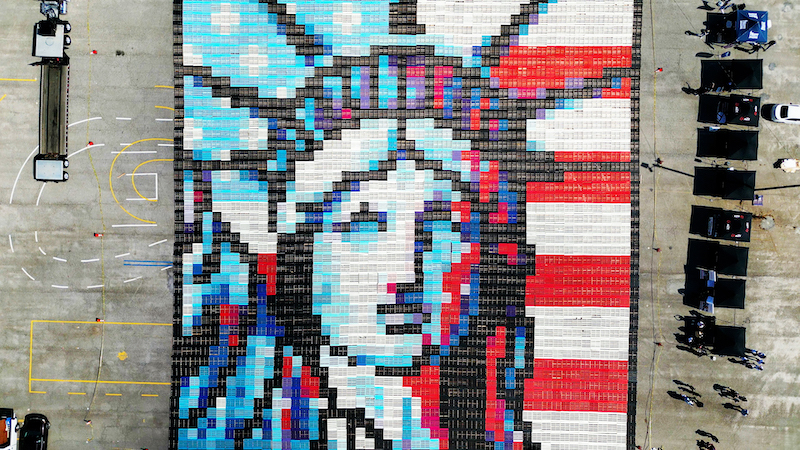 Carolina Handling associates also are keenly aware that in 1939, George Raymond Sr., founder of The Raymond Corporation, was granted patents for the double-faced wooden pallet and the hydraulic hand pallet truck, which revolutionized the material handling industry.

Additionally, Carolina Handling is a military-minded organization where 13 percent of associates served in the US Armed Forces and where veterans services are a focus area of the company’s philanthropic giving.

Waldrep says: “Considering our history and our focus on hiring and supporting military veterans, we landed on a project that was patriotic in nature and one that would involve our veterans and honor their service.”

Representatives of 48forty Solutions said they, too, were grateful for the opportunity to showcase their industry in a way that recognizes the service and sacrifice of US veterans.

Mike Hachtman, 48forty Solutions CEO, says: “We were honored to have representatives of 48forty, many of whom are veterans themselves, on hand for the assembly and unveiling of the massive and impressive image of Lady Liberty.

“As the nation’s largest pallet company, the project allowed us to take what we do and apply it to a great cause – a showing of gratitude and support for our military.”

Veterans were the focus of The Patriotic Pallet Project as five Carolina Handling associates, representing the five branches of the military in which they served, used Raymond lift trucks to deliver and lay down the colorful pallets to form the awe-inspiring image. It took four hours to complete the painting, which measured half the size of a football field.

Waldrep says: “When you consider the size and scope of this project, it’s amazing that we executed it flawlessly without a practice run.

“It’s a testament to our associates who were committed to a quality outcome. It became a passion project for them, and they crushed it.”