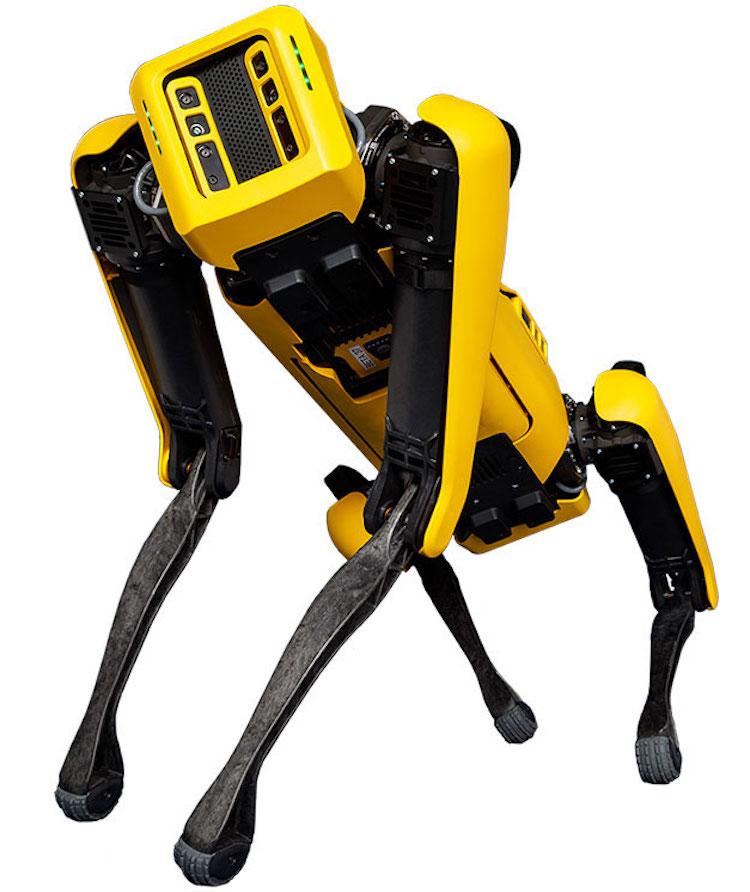 A group of leading robotics companies have sent an open letter to policymakers calling on them not to weaponize robots.

The letter was released by Boston Dynamics in collaboration with Agility Robotics, ANYbotics, Clearpath Robotics, Open Robotics and Unitree Robotics.

The letter, which is published in full below, brings together leading companies in the mobile robotics space to pledge to not weaponize their general purpose robots or the software they develop that enables advanced robotics.

The letter calls on policymakers to work with robotics companies to promote safe use of these robots and to prohibit their misuse. It also calls on every organization, developer, researcher, and user in the robotics community to make similar pledges not to build, authorize, support, or enable the attachment of weaponry to such robots.

Boston Dynamics has long opposed the weaponization of its robots, as reiterated in a recent blog post.

The company adds that it supports the safe, ethical, and effective use of robots in public safety, such as Spot being used for hazardous gas detection, unexploded ordnance inspection, suspicious package investigation, search and rescue, and other hazards.

An Open Letter to the Robotics Industry and our Communities: General Purpose Robots Should Not Be Weaponized

We are some of the world’s leading companies dedicated to introducing new generations of advanced mobile robotics to society. These new generations of robots are more accessible, easier to operate, more autonomous, affordable, and adaptable than previous generations, and capable of navigating into locations previously inaccessible to automated or remotely-controlled technologies. We believe that advanced mobile robots will provide great benefit to society as co-workers in industry and companions in our homes.

As with any new technology offering new capabilities, the emergence of advanced mobile robots offers the possibility of misuse. Untrustworthy people could use them to invade civil rights or to threaten, harm, or intimidate others. One area of particular concern is weaponization. We believe that adding weapons to robots that are remotely or autonomously operated, widely available to the public, and capable of navigating to previously inaccessible locations where people live and work, raises new risks of harm and serious ethical issues. Weaponized applications of these newly-capable robots will also harm public trust in the technology in ways that damage the tremendous benefits they will bring to society. For these reasons, we do not support the weaponization of our advanced-mobility general-purpose robots. For those of us who have spoken on this issue in the past, and those engaging for the first time, we now feel renewed urgency in light of the increasing public concern in recent months caused by a small number of people who have visibly publicized their makeshift efforts to weaponize commercially available robots.

We pledge that we will not weaponize our advanced-mobility general-purpose robots or the software we develop that enables advanced robotics and we will not support others to do so. When possible, we will carefully review our customers’ intended applications to avoid potential weaponization. We also pledge to explore the development of technological features that could mitigate or reduce these risks. To be clear, we are not taking issue with existing technologies that nations and their government agencies use to defend themselves and uphold their laws.

We understand that our commitment alone is not enough to fully address these risks, and therefore we call on policymakers to work with us to promote safe use of these robots and to prohibit their misuse. We also call on every organization, developer, researcher, and user in the robotics community to make similar pledges not to build, authorize, support, or enable the attachment of weaponry to such robots. We are convinced that the benefits for humanity of these technologies strongly outweigh the risk of misuse, and we are excited about a bright future in which humans and robots work side by side to tackle some of the world’s challenges.