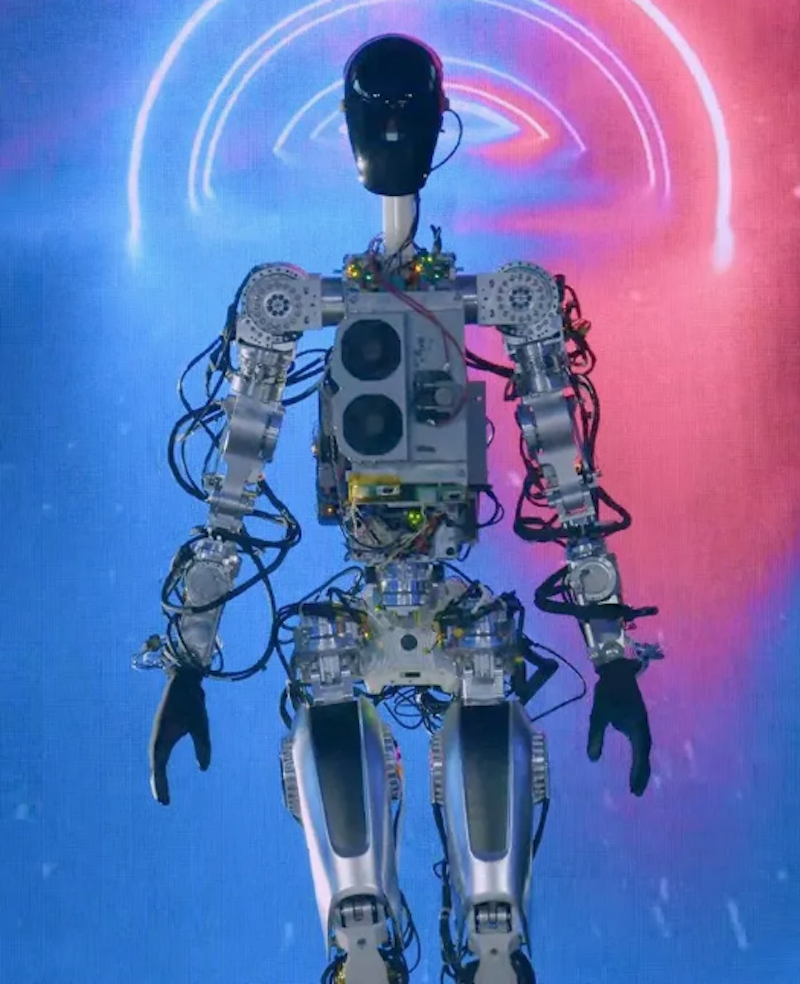 Research company IDTechEx has been analyzing how useful Tesla’s “overhyped” humanoid robot could be when it is eventually launched. For example, “Will it really be able to serve people?”, asks the analyst.

Tesla CEO Elon Musk recently unveiled its humanoid robot “Optimus” at the electric vehicle maker’s “AI Day” event. Musk said that a robot business will be worth more than its cars, and he hopes to expand Tesla beyond an electric vehicle manufacturer.

At the show, the Tesla Bot was able to perform a variety of tasks, including watering plants, dancing, and moving metal bars in the automaker’s factory.

Unlike other specialized robots that have been widely used in many industries, such as industrial robotic arms, cleaning robots and social robots, the unique differentiation of Optimus is that it is designed for general purposes, meaning that it can perform many tasks. Optimus aims to integrate the functions of various specialized robots to enable multi-functionality.

Service robots, as a topic that has been popular for many years, refers to those robots that can perform tasks and serve people. Due to the labor shortage and decreasing costs of hardware, using robots to serve people has gained significant momentum over the past decade.

Musk revealed that its Optimus robot will cost less than $20,000, and Tesla aims to achieve bulk manufacturing within three to five years. The fundamental value of service robots is to provide services and increase working efficiencies.

At this stage, most service robots have specific use cases, with some applications being more well-development than others. For instance, social robots are only designed to interact and communicate with people, and mobile robots (for example, autonomous mobile robots) are only used for logistics and delivery.

The IDTechEx report, Service Robots 2022-2032: Technologies, Players & Markets, outlines a variety of applications of service robots and provides a granular analysis of the market size of different applications and regional markets for the upcoming decade.

Different from the fancy conceptual design image shown at “AI Day 2021”, the actual prototype demonstrated at “AI Day 2022” indicates that the product is still at its formative stage with all the deconstructed components exposed to the audience directly.

Although the “naked” robot is not visually appealing yet, it already has the capabilities to perform certain daily tasks smoothly.

According to Musk, the prototype is the first ever robot that can operate without a tether, remote control, and external power supply. Its operation is purely based on the integration of its AI algorithms, electric actuation, and its battery. So far, Tesla has already deployed several prototypes in its factories for testing purposes.

In terms of the technical details, according to the information revealed, Optimus is equipped with a 2.3 kWh battery pack, along with WiFi and LTE connectivity.

So far, the robot weighs around 72 kg. The 2.3 KWh battery pack is enough for Optimus to perform tasks for an entire day. The power consumption of the robot is 100 W when sitting still and 500 W when walking.

The robot is all based on “biologically inspired design” so that it can have more dexterity. The demonstration focused on addressing Optimus’s joints, such as its hands, wrists, and knees, showing how they process the data for each joint.

Optimus has 6 actuators and 11 degrees of freedom (DoF) in its hands. There are also sensors at the fingertips, allowing Optimus to have sensory feedback when grasping items directly.

Many people tend to use Boston Dynamics as a benchmark for humanoid and legged robots. Compared with the humanoid robot from Boston Dynamics, Optimus lacks enough capability for fast-moving and dexterity.

Nevertheless, Optimus has dexterous hands, which Boston Dynamics does not have. This is a unique differentiation of a humanoid robot. The vast majority of service robots struggle with fine movements and delicate manipulation.

This represents a big hurdle as the robots will still have many limitations without the capability to delicately control and manipulate items. Although 11 DoF is very impressive, IDTechEx believes that there is still a large gap between robotic hands and human hands, which usually have 27 DoF.

So far, the most dexterous robotic hand is made by Shadow Robotics, which has up to 20 DoF, enabling high dexterity and a wide range of potential applications.

Regarding the software, Optimus utilizes the Tesla full self-driving (FSD) system for object recognition and classification. Essentially, Optimus is just like an autonomous car that can move with two legs instead of four wheels.