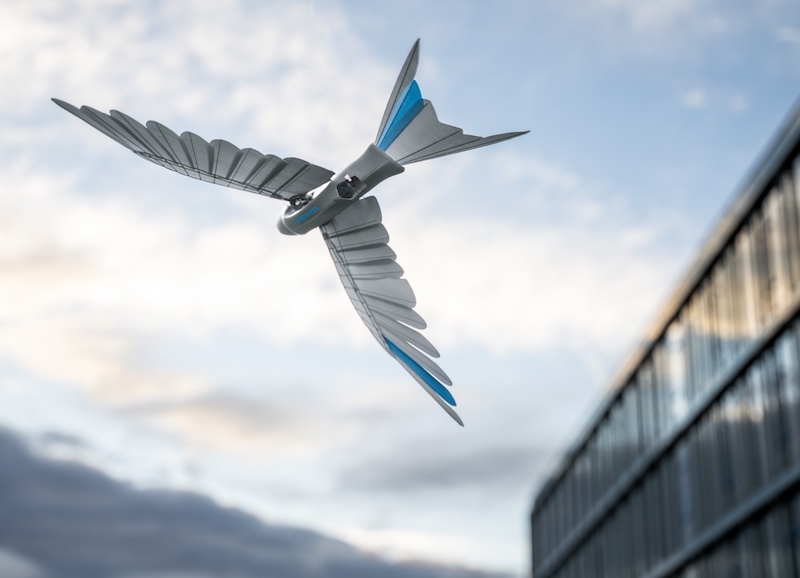 The BionicOpter for the first time makes it possible for a single model to carry out more flight maneuvers than helicopters and motorized and non-motorized gliders combined.

Fashioned after the fast flying swift family of birds, the agile, maneuverable Festo BionicSwifts can fly loops and steep turns. The individual segments of the artificial feathers fan out during the wing upstroke, allowing air to flow through the wing.

This means the birds need less power to propel the wing upwards. The segments then close during the downstroke so that the flying robots can fly more powerfully. By closely replicating the wings of an actual bird, the BionicSwifts feature a flight profile far superior to previous flapping wing drives. 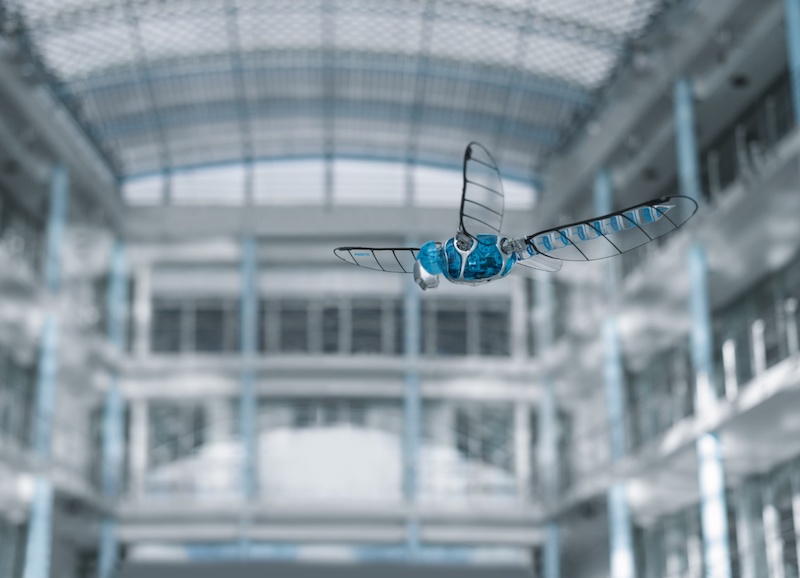 The flights of the BionicOpter and BionicSwift are “thrilling and not to be missed”, says Festo, which has been working intensively on bionics – the transfer of natural mechanisms and principles of action to technology – since the 1990s.

The BionicOpter and BionicSwift are two of dozens of bionic robots developed by Festo.