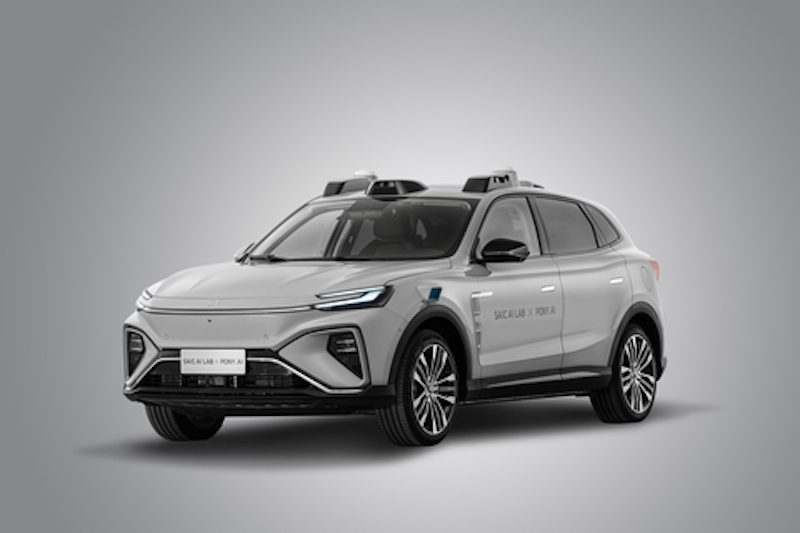 Together with SAIC AI Lab, Pony.ai launched a concept vehicle based on the SAIC Marvel R model and will build out a fleet of autonomous vehicles equipped with Pony.ai’s L4-level driverless solutions, over time.

The concept car is equipped with the latest generation of Pony.ai technology, which utilizes 17 integrated automotive-grade sensors to create a 360-degree visual range covering 200 meters, eliminating blind spots around the vehicle. 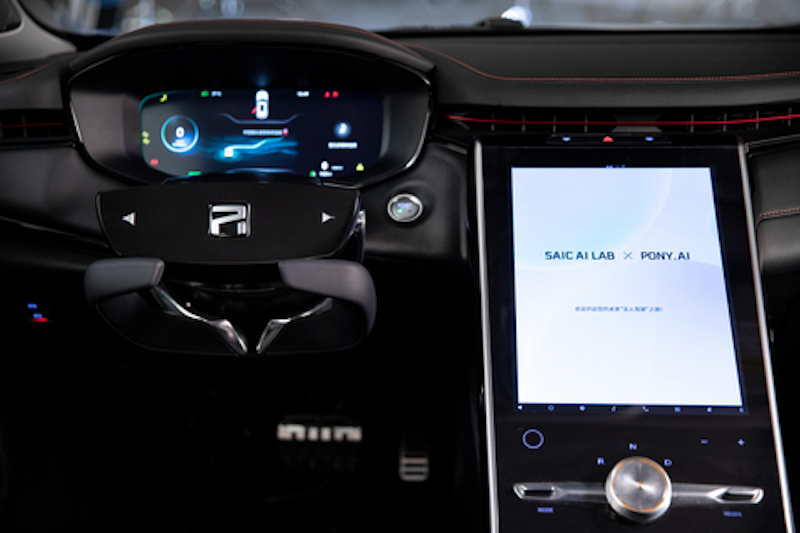 Ultimately, this mass-produced, purpose-built vehicle will accelerate the widespread commercial adoption of robotaxi services and autonomous driving technology across multiple cities in China.

This news builds on today’s announcement of the launch of the “Shanghai Driverless Demo Zone”, which is part of the National Intelligent Vehicle Pilot in Shanghai.

The planned driverless demo zone will include an area of 3.8 kilometers of semi-closed roads at the Shanghai Auto Expo Park. The first 1.2 kilometers have already been constructed and are in use, with the remaining 2.6 kilometers expected to be completed by the end of this year.

“Its robotaxi project has been affirmed by the market. It is believed that the cooperation between the two companies will accelerate commercialization progress, upgrade mobility services, and advance the establishment of intelligent urban transportation.”

In the near future, SAIC AI LAB will continue SAIC’s strategy of intelligent network connection and effectively create a new format of intelligent transportation.

In parallel, Pony.ai is moving at an impressive pace to evolve its robotaxi service programs since establishing its Shanghai R&D center in July 2020. In July 2021, Pony.ai launched its robotaxi services in Shanghai’s Jiading District, which covers the main urban sections of Jiading, and in November 2021, Pony.ai further expanded the scale of its PonyPilot+ service and fleet to the public in Shanghai.

The collaboration with SAIC allows Pony.ai to increase its footprint in Shanghai and strengthen its leading position in Tier-1 cities in China.