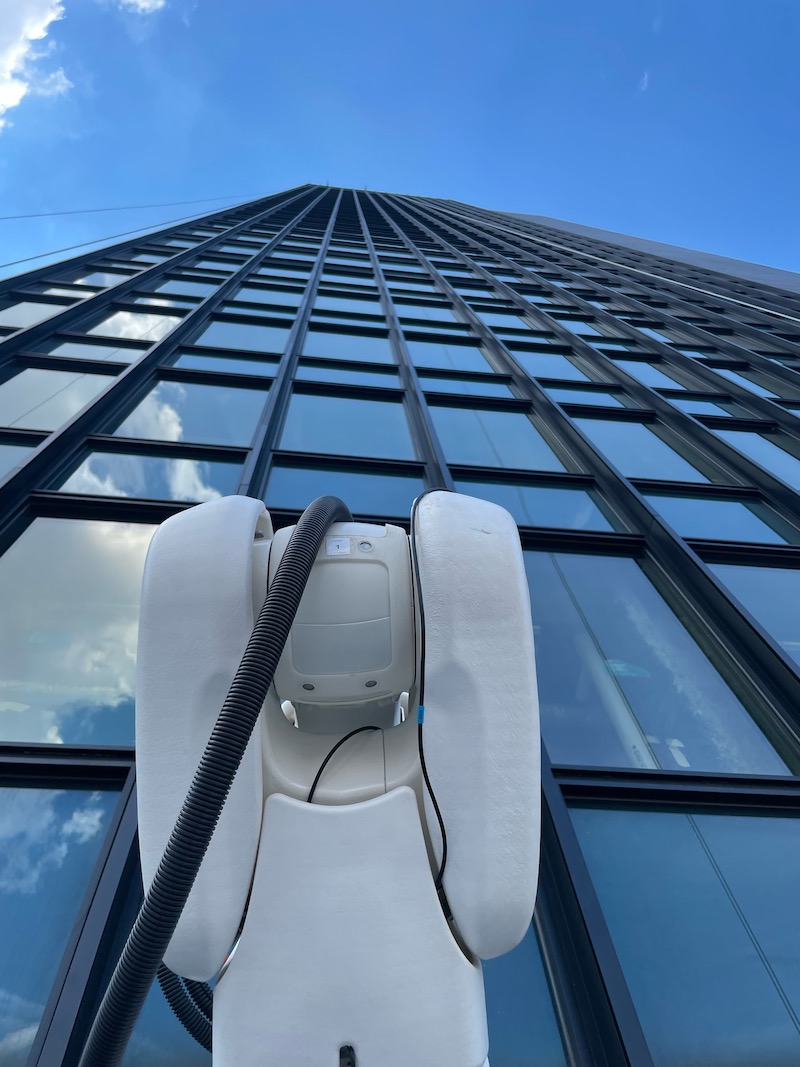 Skyline Robotics says it has succeeded in automating window washing for the world’s skyscrapers – a task that has been done manually for over 100 years.

What formerly required three to four months of manual labor, Ozmo does automatically in about half the time. But most importantly, the system ensures safety by removing human workers from the window washing platform or “basket”.

For its power and water supply, Ozmo is defined to fit into a building’s existing building maintenance unit (BMU) infrastructure. Within the basket, a table houses several types of sensors and computers. 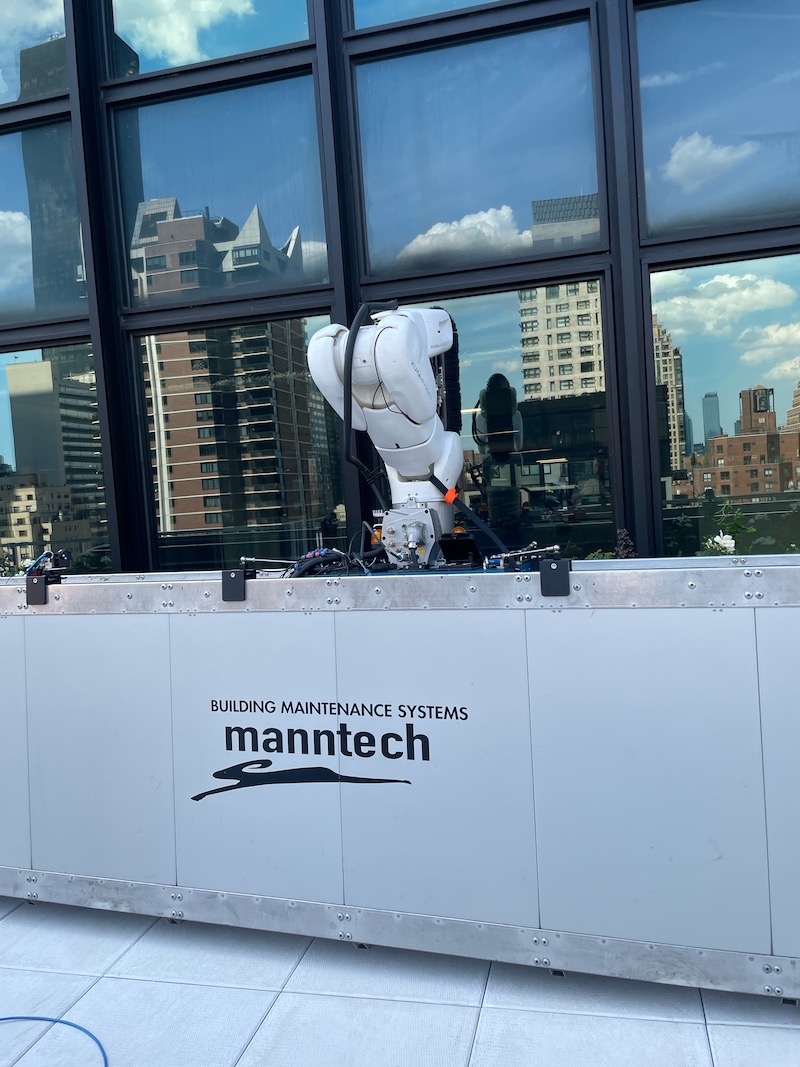 The robotic arm and its Lidar (light detection and ranging) camera, which uses lasers for imaging, set on top of the table. Once the table is clamped into a building’s preexisting window-washing basket, and the system is ready to work.

According to Ross Blum, COO of Skyline Robotics, the Skyline team has been working on the Ozmo project for the past five years and taking iterative steps along the way to integrate all the necessary pieces of technology.

These include the industrial robot itself and the programming that enables its arm to mimic human movements for cleaning windows.

Blum says: “The robot arm communicates to the Lidar camera that provides ‘sight’ for the robot and to a force torque sensor at the end of the cleaning brush that gives Ozmo the sense of ‘touch’.

“The system software acts as the brain and collects data from several different cameras and sensors at a rate of about 200 times/second to adjust the robot’s movements and achieve the most efficient cleaning path possible while automating Ozmo’s descent down the side of a skyscraper.”

For the Ozmo system, Skyline employs the waterproof version of a Kuka Robotics KR Agilus industrial robot in tandem with a software-based AI that makes the window washing application possible.

Skyline developed an algorithm that allows for feedback for force control and other variables that then control how much pressure the robot applies to the glass.

The robot’s reach extends 1.1 meter. According to Blum, “One of the biggest factors in Skyline choosing KUKA was not only the credibility of the brand and the world-class team that stands behind it, but also because KUKA’s robot arm can handle the rigors of an outdoor environment, while the majority of other brands fail to do so.”

He went on to say that the robots are IP65 rated and very reliable, and that their six-axis motion was also important to Skyline, especially when it comes to approaching complex façade geometries they encounter on a building.

Kuka KR C5 micro controller also played a big role in meeting basket weight limitations, which vary on a global basis. The controller weighs as much as 35 lbs less than other options, and takes up considerably less room. In some instances, this will allow Skyline to place multiple arms in one basket, even with lower weight limits.

Blum says: “We want to dominate the frontier when it comes to bringing robots outside of controlled environments.

“And to accomplish that, we believe KUKA is the right automation supplier with which to partner. They are willing to take robotics beyond the typical applications.”

All the technology incorporated into Ozmo is extremely advanced, especially its software and world class hardware components. They allow Skyline to not only control and adjust the robot’s movements on the fly but also to stabilize – in real time – the system basket/platform in which the robot rides.

What makes this so challenging is having to adjust for unexpected variables such as wind gusts or crane malfunctions, which could cause one side of the basket to descend further than the opposite end.

Ozmo can process all these variables and compensate instantaneously to ensure quality cleaning and the most efficient descent path to do so.

For stabilization, Ozmo uses the KUKA robot arm itself as a method to apply a counterforce to an unstabilizaed basket. The robot’s arm stays against the building window for an additional half second to keep the basket from rocking. According to Blum, Skyline is the first and only robotics company to successfully use the robot’s arm in this fashion.

Michael Brown, Skyline Robotics chairman and CEO, says: “A lot of robotics companies want to get into the automated window cleaning business.

“The truth of the matter, however, is that doing so is very complex and mathematical, especially in terms of AI and machine learning. You can’t just slap a robot in a basket and think that’s all there is to it.

“We’ve been working with window washers for years to perfect our system and ensure that it has the necessary algorithms for all possible variables.”

Brown also notes that partnerships have been key to the development of Ozmo. “Kuka has been advising us every step of the way, and we really couldn’t ask for a better partner.

“Once we’ve completed what I call the proof of concept stage in New York City, we plan to reconvene with Kuka to discuss and gain insight as to how we might tweak or further improve our product with their technology. For us, collaboration with Kuka is critical to the success of our business.”