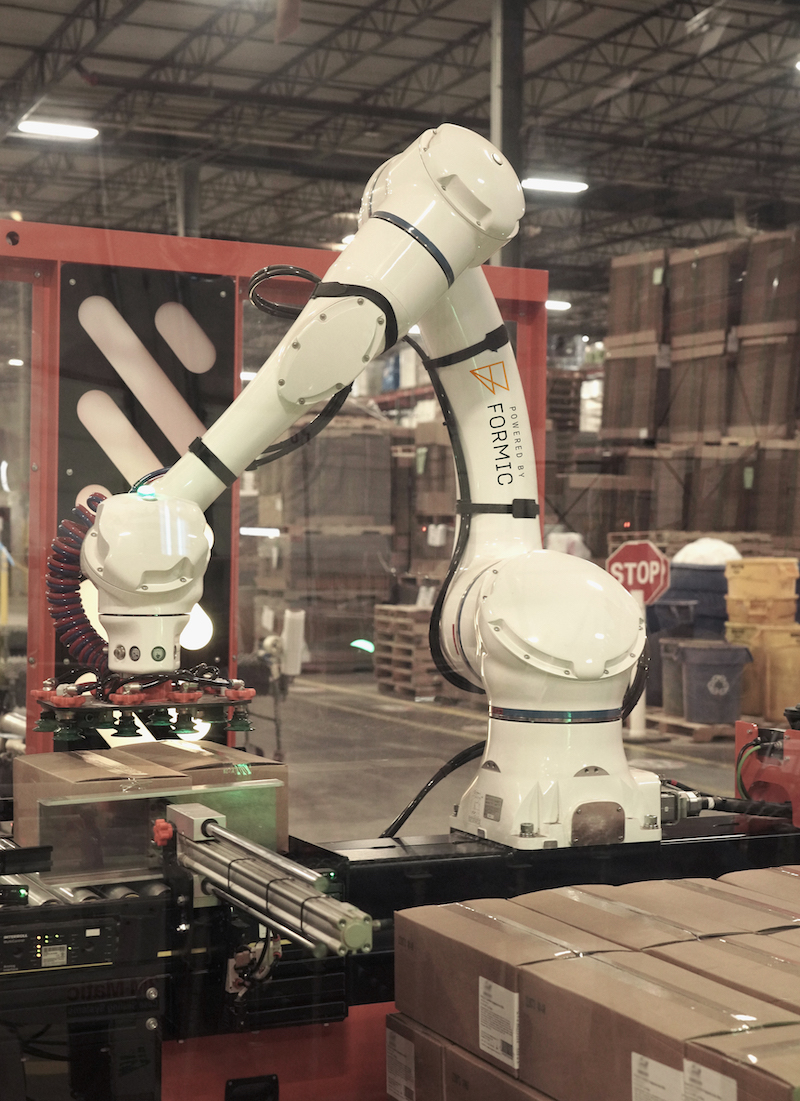 Formic, a provider of robotic technologies on a pay-as-you-go basis, has released its SL20 Palletizer – the inaugural product in a new catalog of certified, off-the-shelf, robotics-as-a-service solutions available at a “low cost per hour”.

Built by Sourcelink Solutions, Formic says its new offering further underlines its “commitment to removing the barriers to automation” so that small to mid-sized businesses can onboard the technology and thrive amid today’s challenges.

Buying a robot is largely untenable for the majority of manufacturers due to the risk, complexity, upfront capital, and expertise required.

Moreover, amidst an ongoing labor crisis, US factories are reliant on workers to manually palletize – an activity that is injury-prone, unergonomic, and heavily dependent on staff showing up and performing consistently at a high level.

In a tight jobs market with increasing wages and employee turnover, many businesses are operating on smaller margins with delayed order fulfillment, resulting in lower customer satisfaction.

The only palletizer on the market today that’s available with all the benefits of Formic’s pay-for-productivity model including guaranteed uptime and 24/7 service, the SL20 eliminates a packager’s reliance on human labor to fulfill orders, reduces the overhead cost of retraining and injuries, increases quality and consistency of output, and enables automation without major changes to physical factory layout or introducing new complex processes.

With zero upfront investment, 58-year-old co-manufacturer Compact Industries was able to automate for the first time earlier this year with this solution.

Deployed within three hours of delivery, the system reduced hiring costs and promoted their staff to safer tasks. Compact ordered a second system within a month of use, having unlocked new scalable potential.

Misa Ilkhechi, Formic co-founder and VP of product and partnerships, says: “US manufacturing cannot survive without automation – and at Formic, we’re focused on finding ways to make it ten times faster, easier and cheaper to deploy a robot and increase productivity.

“Many of our customers have been trying to automate for years and our already proven, first off-the shelf-product available with our pay-for-productivity model provides an optimal route to factories to start their automation journeys.”

Formic is offering first-time customers a “no strings attached” 6-month trial for the SL20 palletizer.