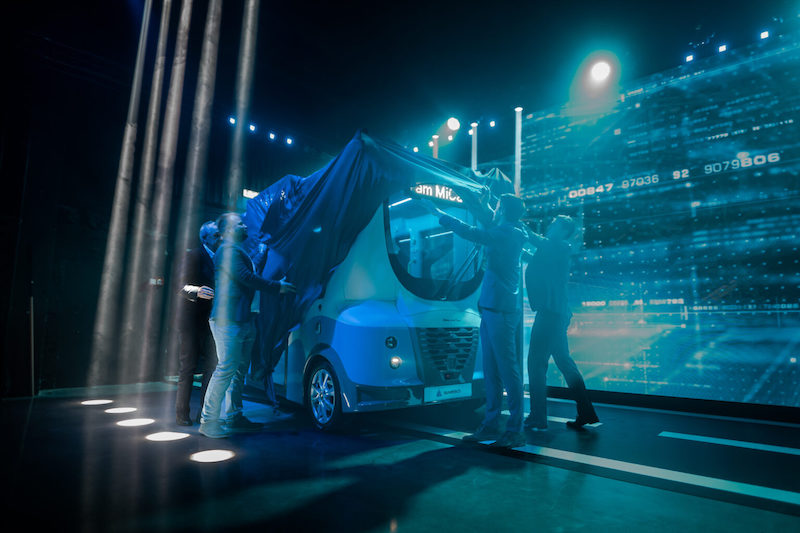 MiCa is the latest self-driving shuttle from Auve Tech, which specializes in developing and producing autonomous vehicles.

The startup says MiCa takes safety, practicality and self-driving to “a new level” and allows autonomous driving in various weather and traffic conditions.

Safety has been the main focus while developing the new generation vehicle. MiCa is equipped with seven LiDAR sensors and ten cameras to see further than the previous model and provide a 360-degree visibility of its surroundings.

Additionally, the risk of errors has been minimised with the help of doubled critical systems on-board in order to guarantee reliability in all situations. A lot of development has also been done on the cyber security side.

Johannes Mossov, the CEO of Auve Tech, says: “MiCa is like a time machine that helps us leap into a new era of technology. The world has not seen a self-driving vehicle like this before.

“Our autonomous vehicles have been transporting passengers in 12 countries, in most of them on public roads. These international collaboration projects have helped us make improvements in both software and hardware to excel in the autonomous driving front.

“The new generation also helps ease the process of integrating autonomous vehicles into a variety of environments.”

Thanks to years of testing, the environmentally friendly and electric prototype of MiCa has reached a high-level capability of tackling harsh weather conditions.

Taavi Rõivas, chairman at Auve Tech, says: “Our mission is to offer comfort that urges people to favour public transport and also provide last-mile transport in areas where the use of personal cars or larger public transport means is complicated or inefficient.

“There is strong interest for MiCa in countries that are densely populated. The spacious MiCa is electric and suits well in urban environments while being compact but providing space for more passengers than a regular passenger car.”