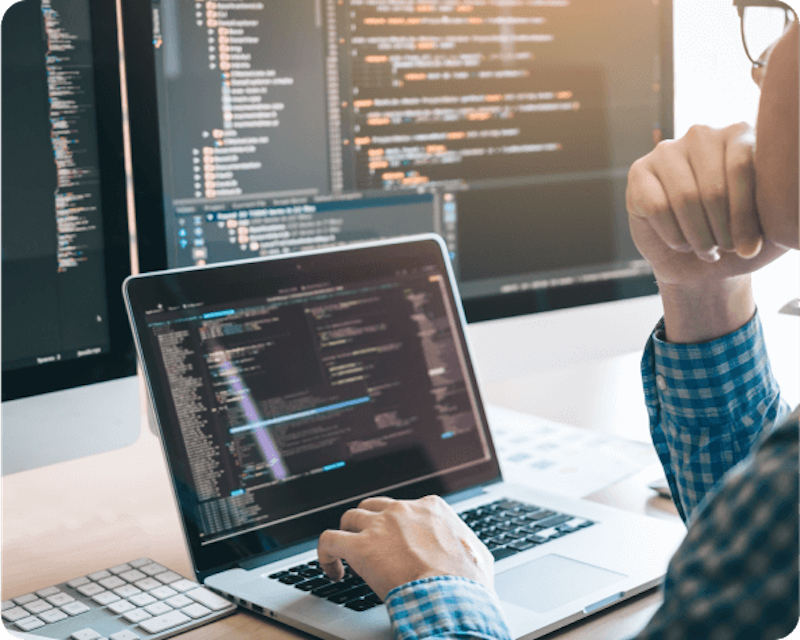 The Udemy JavaScript course review might be helpful for those thinking about such an opportunity. Read on to learn more about these crucial and powerful tools in the IT industry.

An automation developer creates computer programs that manage the assembly of products and provision of services without human interaction. Lines of code are the fundamental unit of computer languages. They may be used to generate programs when put together in the correct sequence.

The utility, manufacturing, operational, and military sectors are just a few that use automation. Programming languages enable IT automation to carry out repeated tasks. It’s a boon to efficiency and effectiveness in many fields.

Many beginners ask the following question. Can one pick the ‘wrong’ programming language for automation? Yes, you may make a mistake while automating if you choose the incorrect one. If you commit this error, you’ll have to halt work until you fix it or start again.

The use of JavaScript, for instance, is highly recommended for online automation testing. This demonstrates its usefulness for generating test code that can be easily updated.

Whether you’re just getting started with automated testing or an experienced professional eager to learn something new, the right choice is essential. We’ve compiled a list of the most popular ones for you to be aware of everything.

The most popular programming languages for automation

It is a programming language that adds interactivity to your website (for example, games, feedback when you click buttons or enter data into forms, dynamic styles, and animation).

Many years after its first rebranding, JavaScript remains one of the most used programming languages. Popular sites like Instagram, Accenture, Airbnb, and Slack use JavaScript.

According to surveys conducted last year, it is the most preferred language for developing automated systems. Its open sources and freedom are the main pros. Also, we should mention it has been used in a wide variety of apps, including online and desktop programs, machine learning systems, network servers, video editing programs, and more.

Any new venture is strongly encouraged to use Python as its primary programming language. Python’s high level of readability makes it relatively simple to pick up.

Java is a widely used language for automating various tasks. There are lots of reasons Java stays a leading language. Java’s widespread usage in web technologies has led many experts to agree that it is the best starting point for anybody interested in automating tasks.

Setting up this perfect programming language maximizes productivity on mobile devices, computers, and desktop software. And it’s only at the top of Java’s advantages list.

As reported by the Applitools Survey, 43 percent of respondents said Java is their go-to language for creating tests. When it comes to the back-end systems of companies, Java is the best choice.

Over three billion different devices utilize applications developed in Java. Because it has comprehensive test frameworks, packages, and information sources, it is exceptional.

The C# language from Microsoft is an OO language. It focuses on objects and components. This idea is directly supported by the language designs provided by C#.

C# may be used to develop and use many kinds of software components. Since its creation, there have been continuous enhancements to C#, making it more flexible and better to accommodate modern software development best practices and emerging workloads.

Using POM design principles, IT specialists may create test code that is both effective and manageable. Some examples of test automation frameworks written in C# include NUnit, MSTest, and xUnit.

Hypertext Preprocessor (HTML/PHP) is a popular open-source scenario language that may be used for various purposes. The language’s syntax is largely based on C, Java, and Perl syntax.

In contrast to JavaScript, PHP scripts are server-side. PHP does not depend on the speed of the user’s computer or browser. It is often used in database-enabled mobile applications.

More than 30 million websites use PHP as their automated system of choice. This is a cross-platform technology. The PHP distribution is available for most operating systems, including Linux.

Powerful software solutions are essential in a modern corporate environment. Developers should have hands-on experience with at least one automation programming language to perform as IT specialists successfully.

We hope that our list containing JavaScript, Python, Java, C#, and PHP helped you get acquainted with the most popular of them and choose your best.

However, there have been shifts in the dominant modes of coding. It’s essential to keep an eye on the plethora of other up-and-coming programming languages and the ones we’ve already covered.