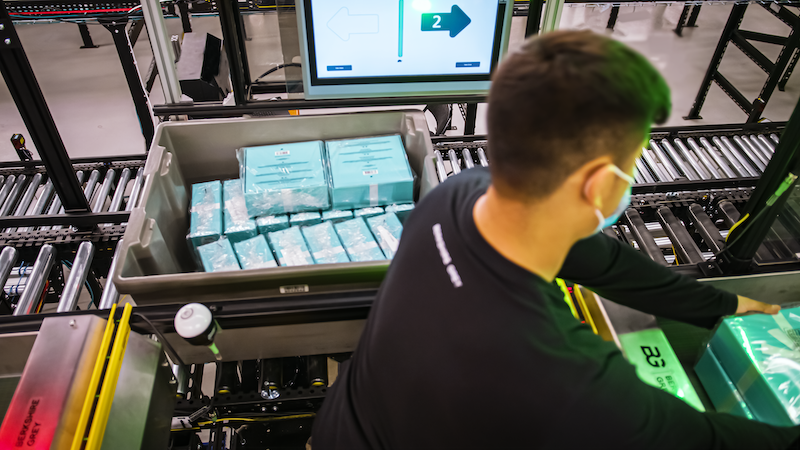 The majority of chief supply chain officers say that the generation gap is “leading cause of the labor shortage in warehouses”, according to research conducted by Berkshire Grey.

Berkshire Grey, a developer of robotic solutions that automate supply chain processes, made the revelation in its 2022 State of Retail & eCommerce Fulfillment Report.

The study found chief supply chain officers expect the labor shortage to continue to grow in their industry, with 64 percent noticing generational differences in employment preferences that will have a long-term impact on labor availability.

Along with many warehouse laborers permanently leaving the field due to a multitude of factors including reskilling, pandemic-related illness and an aging workforce, the industry is also being hit with a combination of population forces: the lowest birth rate in US history paired with baby boomers retiring out of the workforce, as well as a generational shift in what employees are looking for in their careers and workplaces. 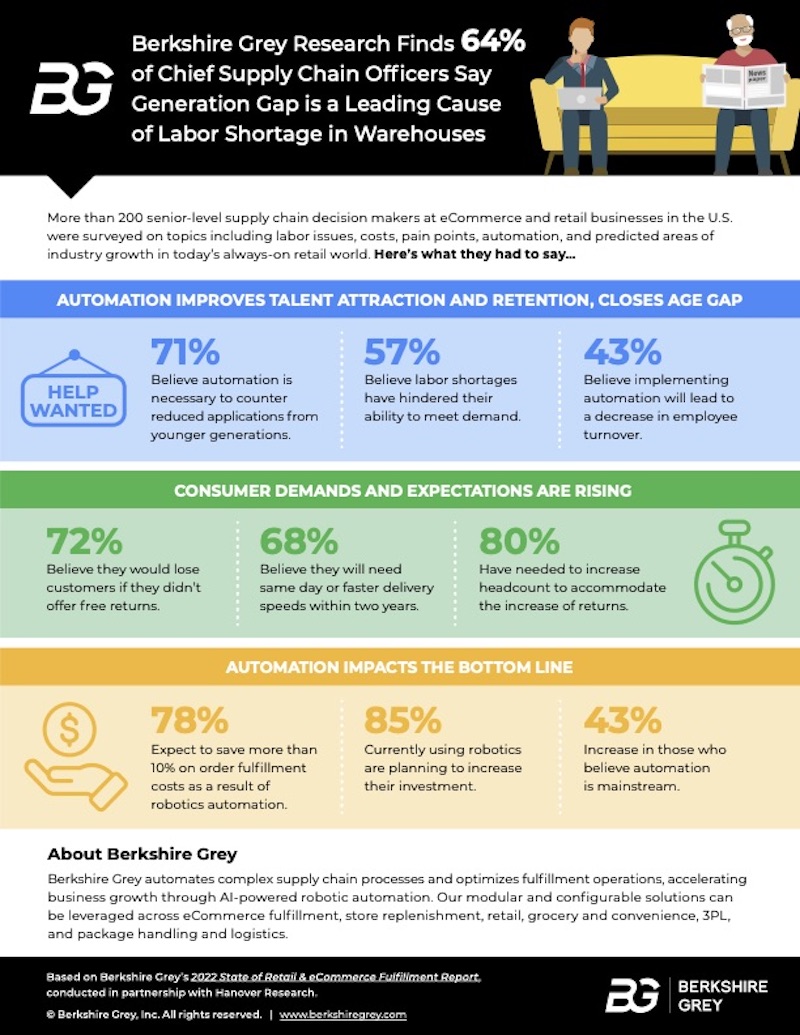 Steve Johnson, president and COO at Berkshire Grey, says: “Labor issues across industries continue to vacillate, but unlike the temporary shortages seen in other industries, continued eCommerce growth and shifts in generational employment preferences are uniquely impacting the fulfillment industry and predicted to lead to long-term labor shortages that will only compound in the coming years.

“In addition to compensation strategies, companies need to utilize robotics automation in order to stay ahead of this demographic shift. Not only is it a huge attractor for young talent due to the increased safety and specialized upskilling it enables, it is also a game changer in terms of cost reduction, throughput and ROI.”

With more than half (57 percent) of executives believing labor shortages have hindered their ability to meet demand, it’s critical for supply chain decision makers to find a way to bridge the gap.

Over half (51 percent) of executives believe implementing automation will increase employee satisfaction, and 43 percent believe it will lead to a decrease in employee turnover.

Rising consumer expectations and on-demand shopping resulting from the Covid-19 pandemic are requiring retail and eCommerce companies to greatly step up their throughput, with experts predicting the eCommerce market to increase from $3.3 trillion to $5.3 trillion by 2026.

Free returns are growing to be table stakes – nearly three-quarters (72 percent) of executives believe they would lose customers if they didn’t offer free returns.

More than two-thirds (68 percent) of executives believe they will need same day or faster delivery speeds within two years.

More than three-quarters (80 percent) of executives that saw an increase in return rates in 2020 have needed to increase headcount to accommodate the increase of returns.

Automation’s impact on the bottom line

Since 2019, the percentage of executives who believe automation is mainstream has increased by nearly 43 percent. This rise in awareness and adoption is no surprise given the huge cost savings and throughput increases robotics automation is providing amidst supply chain challenges.

More than three-quarters (78 percent) of executives expect to save more than 10 percent on order fulfillment costs as a result of robotics automation.

Most executives (85 percent) currently using robotics are planning to increase their investment.

Executives are most likely to use automation to support packaging/labeling (62 percent), item sortation (59 percent), returns (58 percent) and goods retrieval (58 percent).

The results contained within the report are based on a survey of over 200 senior-level supply chain decision makers in the US at eCommerce and retail businesses.