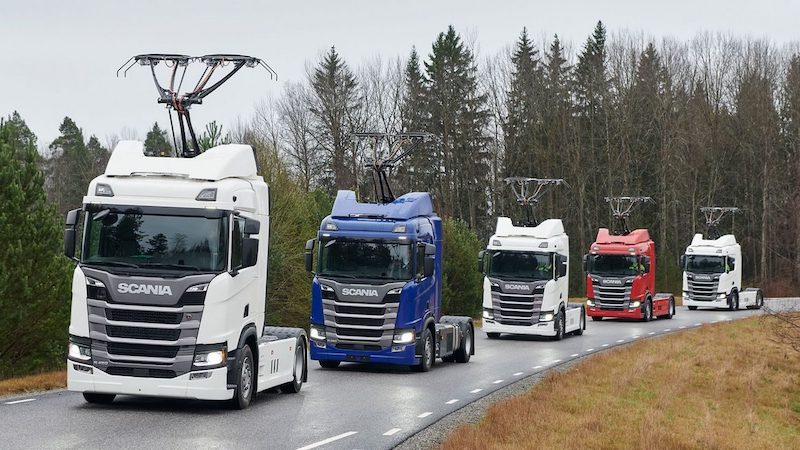 Autonomous trucks make “the most compelling case for automation in commercial vehicles”, according to a new report.

Today, there are hundreds of vehicles around the globe in various stages of trialing, piloting, and even some companies teetering on the precipice of fully unmanned commercial deployment. Each industry has unique strengths and challenges, here are some key findings from the report.

Roboshuttles are a new and exciting form of transport that are rapidly becoming less new. Leaders in the field, EasyMile and Navya have been in the game since 2014 and have accumulated around two-thirds of all roboshuttle sales between them.

But their sales in recent years have been dwindling. IDTechEx has observed many small trials of roboshuttles with less than five vehicles being tested by the public on very restricted routes.

There have been some bigger deployments, but it seems that the industry is getting stuck at converting these larger pilots to commercial trials. Despite this, there have been recent pushes from China, with Yutong deploying a large fleet of vehicles for trials this year (2022).

The IDTechEx report considers some of the biggest stumbling blocks for roboshuttles and evaluates when these may be overcome and how the market will grow afterward.

Perhaps buses sound a little more mundane than roboshuttles since they are not promising to revolutionize public transport, but their more evolutionary approach is more achievable and more deployable in the short term.

The advantage that buses have over roboshuttles is that the driver and conventional controls can remain in the vehicle while technologies are trialed.

Both roboshuttles and buses will be forced to operate near pedestrians, a non-trivial challenge for an autonomous system and requiring human supervision for many years to come. Despite this, level 4 autonomy can bring benefits to buses today.

The autonomy level will improve bus safety, and deployments in special-use scenarios such as in bus depots, airside airport buses, and minibuses operating on controlled access campuses could be accomplished in the next few years.

The big challenge for autonomous buses is simply the size of the industry now. Of the three heavy-duty sectors covered in the research, autonomous buses have the fewest vehicles on the road, with a total fleet size in the low tens, compared to the mid-hundreds for both roboshuttles and autonomous trucks.

Out of roboshuttles, autonomous buses, and autonomous trucks, IDTechEx thinks that trucks make the most compelling case for automation, here is why. There is a measurable need for truckers, with shortages in China, the US, and Europe.

This once popular profession is starting to sour, younger generations are finding the long hours on the road and separation from family less preferable and are opting for work closer to home.

The average age of truck drivers is increasing, and the industry is heading toward crisis as demand for haulage soars and driver populations plummet. But, this is irrelevant if the task of automating is unachievable.

Thankfully, autonomous trucks also have a realistic operational design domain that can be accomplished with today’s technology. Companies like TuSimple, Waymo, and Inceptio are already demonstrating high levels of readiness and getting tantalizingly close to commercial ‘driver-out’ missions.

So, the demand for autonomous trucks already exists, the technical challenge is more achievable than other autonomous environments, and the technology is almost ready.

This is what makes autonomous trucks “such an exciting prospect” and why it won’t be long before they start delivering the goods, according to IDTechEx.