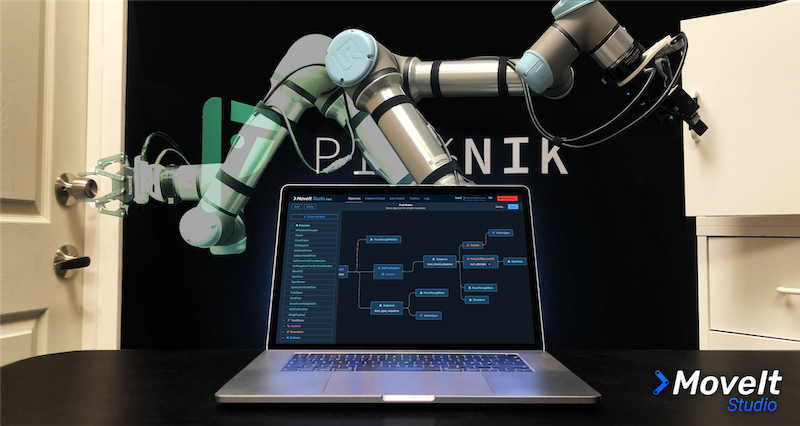 Dr Dave Coleman, CEO of PickNik Robotics, says: “These premium offerings leverage cutting edge approaches that we have developed over seven years working with some of the best robotics companies in the world.

“Both MoveIt Studio products ensure customers don’t have to waste time programming common manipulation behaviors. This will further evolve the robotics industry by making it more practical to use advanced manipulation techniques in more applications.”

The MoveIt Studio Developer Platform, which is designed with a user-friendly interface, includes a set of pre-built tools that make it easy to build and debug behavior trees, inspect trajectories, diagnose failures, and provide robot recovery.

The MoveIt Studio SDK is a runtime framework that is highly extendable through a plugin-based behavior architecture that allows a robot to make its own decisions.

It includes a library of behaviors for the most common robot manipulation tasks, and it allows companies to develop their own for application-specific needs such as leveraging their specific machine learning models.

The SDK enables robot engineers and operators to assemble complex tasks without having to worry about the details of how each sub-task is implemented.

It also offers the ability to reuse sub-tasks and build applications on top of these pre-developed and hardened behaviors. This allows the developer to iterate faster and build more robust solutions.

It is now used worldwide in thousands of robots, including projects by Google, Microsoft, Amazon, Fetch, Kinova and Franka Emika. The MoveIt Studio 1.0 Developer Platform and SDK are premium software products that extend MoveIt to give robot technicians access to the advanced algorithmic capabilities with an accessible user interface.