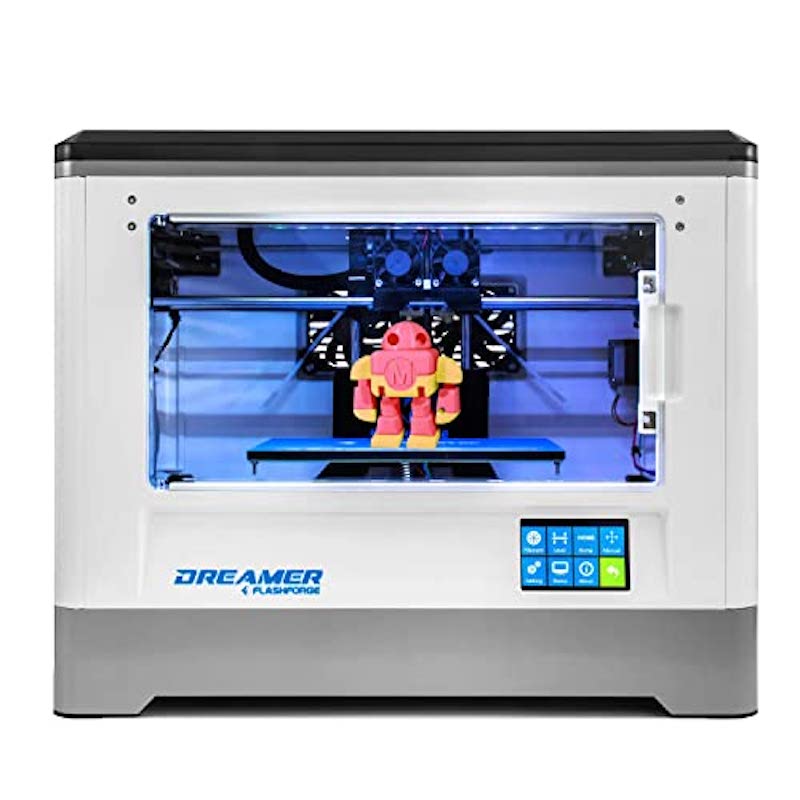 A dual extruder allows people to print things in two colors, and it helps to make the printing process a little faster, or perhaps a little more efficient, and as yet may prove to offer a broader range of printing options as we advance the technology behind 3D printing.

How to Use Dual Extruder 3D Printing

It isn’t really the user who has to make all the adjustments, it is the software controlling the printer. Imagine you had a printer that consisted of a single hand holding a blue pen. The image it creates can only be blue.

Now imagine your printer consists of a hand holding a blue pen, and another hand holding a red pen. You may now create blue and red images. However, the software controlling the printer would have to adapt to now drawing with two pens in different colors.

Though it seems a little limited and perhaps even tricky at this point, the truth is that your average dual extruder 3d printer will become more powerful and easier to use as its software evolves over the coming years.

Think of how website builders used to create those nasty looking 2010 websites, and now the same platforms have evolved to create dynamic, responsive, secure and highly sophisticated websites.

The same evolution will happen within the 3D printing software world to the point where 3D printing will become more efficient, easier to use, and more difficult to get wrong.

The Most Exciting Advantage is Support Material

There are limitations to what you can do with 3D printing. These limitations are only temporary, since there are many solutions to them, and it is just putting those solutions to use that seems to be the problem. Nevertheless, one problem is that of overhang.

Imagine you are building the statue of a bridge, but you are doing it by adding layer after layer of a thin piece of paper. As you try to create the bridge’s road section, you print the first layer, but it drops down or bends down, as does the next layer and so forth.

The idea of supporting material is where temporary plastic is added under the overhang. Think of the bridge, and under the road there is a splodge of plastic. It holds up the road while the rest of it is printed.

When the object is fully printed, the supporting material is removed, and all that is left is the perfect statue of a correctly proportioned bridge.

The Second Most Exciting Advantage is Added Strength

Let’s say you are creating a piece of plastic for your car. You can use a very strong plastic that costs a lot of money and doesn’t match the decor of your car.

Think of it like a weaved basket. Instead of having every strand be a piece of reed, instead, every third strand is a piece of steel wire. The basket as a whole is far stronger, but isn’t wholly made of reed or steel, but a dynamic mixture of the two.

Are Dual Extruders So Difficult to Use?

There is the added cost and added maintenance, but the truth is that they are only difficult to use these days because they are in their infancy. Do you remember old fashioned phones where you used to have to stand on a chair to get a signal, and where you had to press buttons to scroll down your phone book (like cave dwellers we were!).