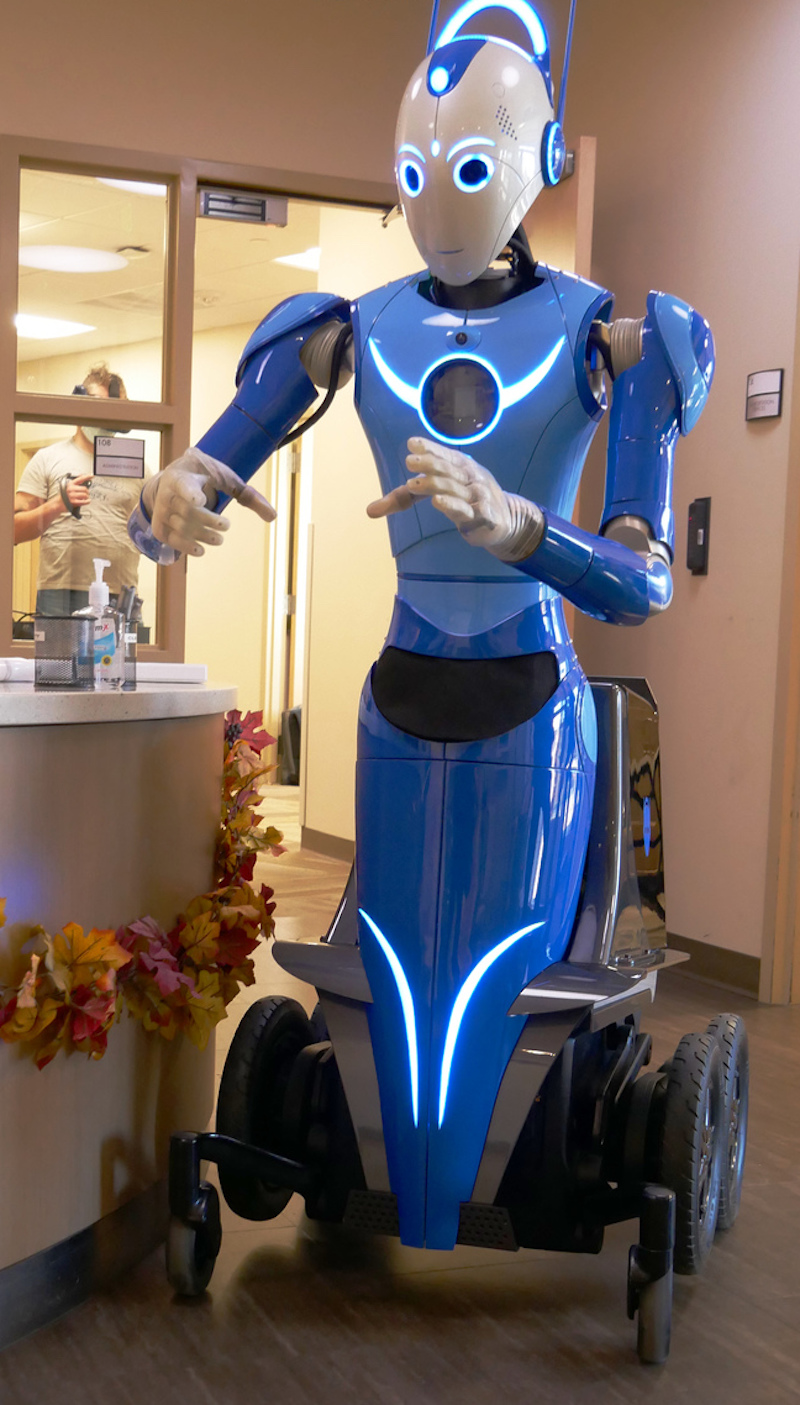 Robotics innovator Beyond Imagination has entered into an agreement with SELF Labs to provide at least 1,000 humanoid robots for use in agricultural “grow boxes”. This is believed to be the largest deal of its kind.

SELF and Beyond are announcing a partnership to develop automated off-the-grid grow boxes. Each box will be equipped with solar panels, windmills, atmospheric water generators, 5G, and an advanced version of Beyond Imagination’s Beomni robot with its Omni-Purpose AI Brain.

By aligning the visions of Milan Cheeks of SELF and Dr Harry Kloor of Beyond, this futuristic take on farming will be made possible through a uniquely powerful combination of Omni-Purpose AI, humanoid robotics, blockchain, and game technology.

The deal with SELF represents one of the largest agreements to purchase humanoid robots in the world.

Cheeks says: “We are committed to purchasing at least 1,000 robots in the next five years, but if the effectiveness of our combined technology is as we project, that number could easily grow to ten thousand or more.”

According to a recent report by Markets and Markets, the humanoid robotics market will reach an estimated $17.3 billion by 2027, registering annual growth of 63.5 percent between 2022 and 2027.

The agreement with Beyond is in alignment with this prediction. Dr Kloor says: “Beyond Imagination expects to represent a billion US dollars or more of that market share by 2027, and with our partnership with SELF Labs we are well on our way to that goal.”

Each grow box will be connected to a SELF Labs-powered trivia-based simulation game called Cultivate Coin, which allows users to choose a role, learn about farming and the growing process, learn how to operate a grow box business, earn rewards, and most of all take part in the growing process virtually.

The Beomni Omni-Purpose AI powered humanoid robots supplied by Beyond will work autonomously inside of the boxes to tend to the growing crops. The boxes will run on solar energy, and by using atmospheric water generator technology will not require any outside sources for power or water, making them self-sufficient.

Most robots are targeted at narrow verticals or are merely elaborate R&D demos. Beomni is different. Its thinking general-purpose robotics platform learns from human pilots who train its AI Brain to tackle increasingly sophisticated tasks autonomously.

Beomni, combined with Beyond’s Cloud Platform and evolving AI, can tackle limitless tasks without requiring special peripherals like industrial robots. Beomni is a fully mobile robot that is designed to work safely around humans.

It is the world’s first fully functional general-purpose robotic system, and the first to be beta tested at a medical facility.

Dr Kloor says: “Working with SELF and its community will enable us to rapidly train Beomni’s AI Brain to plant, care and tend, harvest, and box the crops in SELF’s grow boxes.”

Beomni has advanced significantly since it was revealed at CES in 2022. In April, the company demonstrated that Beomni can be operated from anyplace in the world. Additional prototyping and on-site evaluation projects are currently underway. The version Beyond will deploy in the grow boxes will be even more advanced, and will be part of Beyond’s 2.0 product line of Beomni robots.

Cheeks says: “I’m excited to bring this idea to life.

“Adding decentralization and automation to the farming industry will benefit everyone. While there is no single solution to solve world hunger, our automated off the grid grow boxes is one tool that will go a long way in meeting the UN’s goal to reach zero hunger by 2030.”

The first box will be crafted at Box For Grow in New Hampton, New York. Once assembled, it will begin operation for use within the United States.