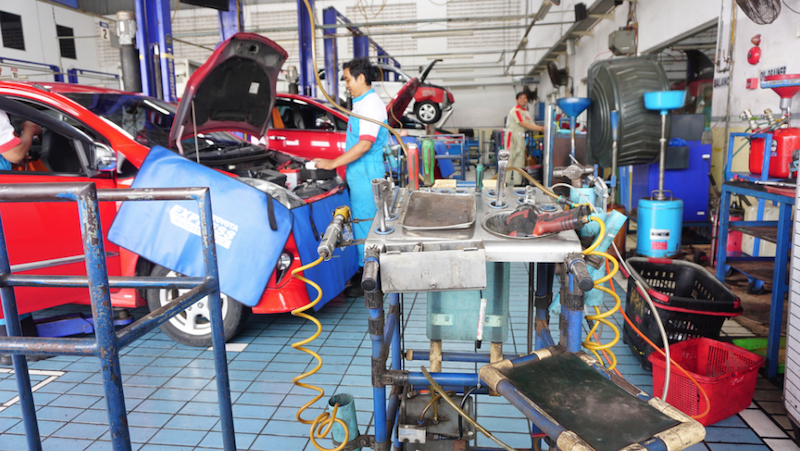 Last year, robot orders were up by 67 percent in comparison to the previous year. And according to the International Federation of Robotics, 1 in every 2 industrial robots sold globally is bought by US automakers. This goes to show just how much the auto industry appreciates the benefits of automation.

Automakers have always been pioneers of automation; they started using sensor technology and industrial robots in their assembly plants years ago to increase efficiency and productivity. Want to know how automation is influencing the automotive industry today? Read on.

The way data is used has changed considerably. It can be a great tool for predicting future events or understanding present events as they happen. Today, data is used in the automotive industry to provide insights that can lead to timely actions and smart decisions with no human intervention.

With the right sensors fitted into the engine, a car becomes a supercomputer on wheels. A driver can be quickly alerted about parts that need replacement. And automation in the industry does not stop with cars.

GM, a leading car manufacturer, uses a loan solution that interacts with users to automatically process their requests. It has automated the process from end to end and even makes the lending decisions in line with company policies and regulations.

Automation of Factory Tasks and Processes

Automation is used in almost all stages of vehicle production. Machine vision technology, automation solutions, and robots work together on tasks like assembly, welding, and even inspection and testing.

Automakers do not utilize automation the same way. Some use single machines for specific tasks or a combination of machines to form an automated production line. Other automakers like Honda, the manufacturer of the 2022 Honda Civic, only automate simple tasks and allow humans to have the final say in compliance management or quality assurance.

It’s all over the news that robots are coming for our jobs. However, some automakers that use robots value the essential part human employees play in the car-manufacturing process. The great news is that humans and robots can work together.

Robots decrease the risks of injury to human workers and also reduce the strenuous activities they do. Recent research has shown that in the automotive industry, robotic technology takes on the less ergonomically favorable tasks. Unlike traditional robots that needed to be isolated, modern robots work alongside human workers, boosting speed and efficiency in automotive production.

Artificial Intelligence Has Revolutionized the Industry

AI is slowly transforming our vehicles through integrated innovations across car brands. It focuses on three main areas:

AI is playing an important role in reshaping the automotive industry; it’s used in predictive maintenance to production and design. However, its biggest impact is probably felt by car owners. It helps car engineers and designers make powerful “driver assistance” and “driver risk assessment” systems. AI is also used to proactively transform aftermarket services like insurance.

Automation is fundamental in keeping automotive companies competitive. The industry has realized that automation increases production efficiency and empowers human workers, allowing them to focus on more valuable tasks.